While an impeachment inquiry into President Donald Trump captivates the media and politicos across the country, the U.S. senate is debating a landmark immigration bill.

The  “Fairness For High Skilled Immigrants Act” has already passed the House of Representatives and has bipartisan support in the Senate. The bill would eliminate the cap on the number of immigrants who come from certain countries, which would in turn reward high-skilled immigrants who want to come to the U.S. Currently, the U.S. government hands out roughly 1 million green cards every year, but mandates that no country can receive more than 7% of all employment-based green cards. (RELATED: The Four Ways Washington Can Fix America’s Immigration Crisis)

So, when Democratic Illinois Sen. Dick Durbin objected to the bill’s passage last week, it disappointed the bill’s advocates.

“The reason why Durbin is holding this up is that Democrats have created this impression that they are the party of immigrants,” Aman Kapoor, co-founder of Immigration Voice told the Daily Caller. “Durbin just doesn’t want Republicans to get a win.”

“Green cards are not given to a country,” Kapoor said. “They’re given to a human being.”

Durbin also drew the ire of some immigration activists over the weekend during a constituent meeting when he jokingly took a fake green card from an Iranian man who was urging him to oppose the bill.

Today, I’m heartbroken. My Senator, @SenatorDurbin mocked & made a joke at a town hall when a man opposing S.386 gave him a green index card & joked that if people like me wanted a green card, we should settle for that – while others laughed profusely and held up fake green cards pic.twitter.com/aWlhQzmv6i

“Niv,” a current Illinois resident and immigration activist originally from India, attended Durbin’s town hall and told the Daily Caller that Durbin is attempting to amend the legislation to increase the number of green cards issued annually by the U.S. government, a poison pill that would almost certainly result in losing Republican support. The bill in its current form does not increase the number of green cards, but simply removes the per country cap. (RELATED: Dick Durbin Alleges Double Standard After Synagogue Attack) 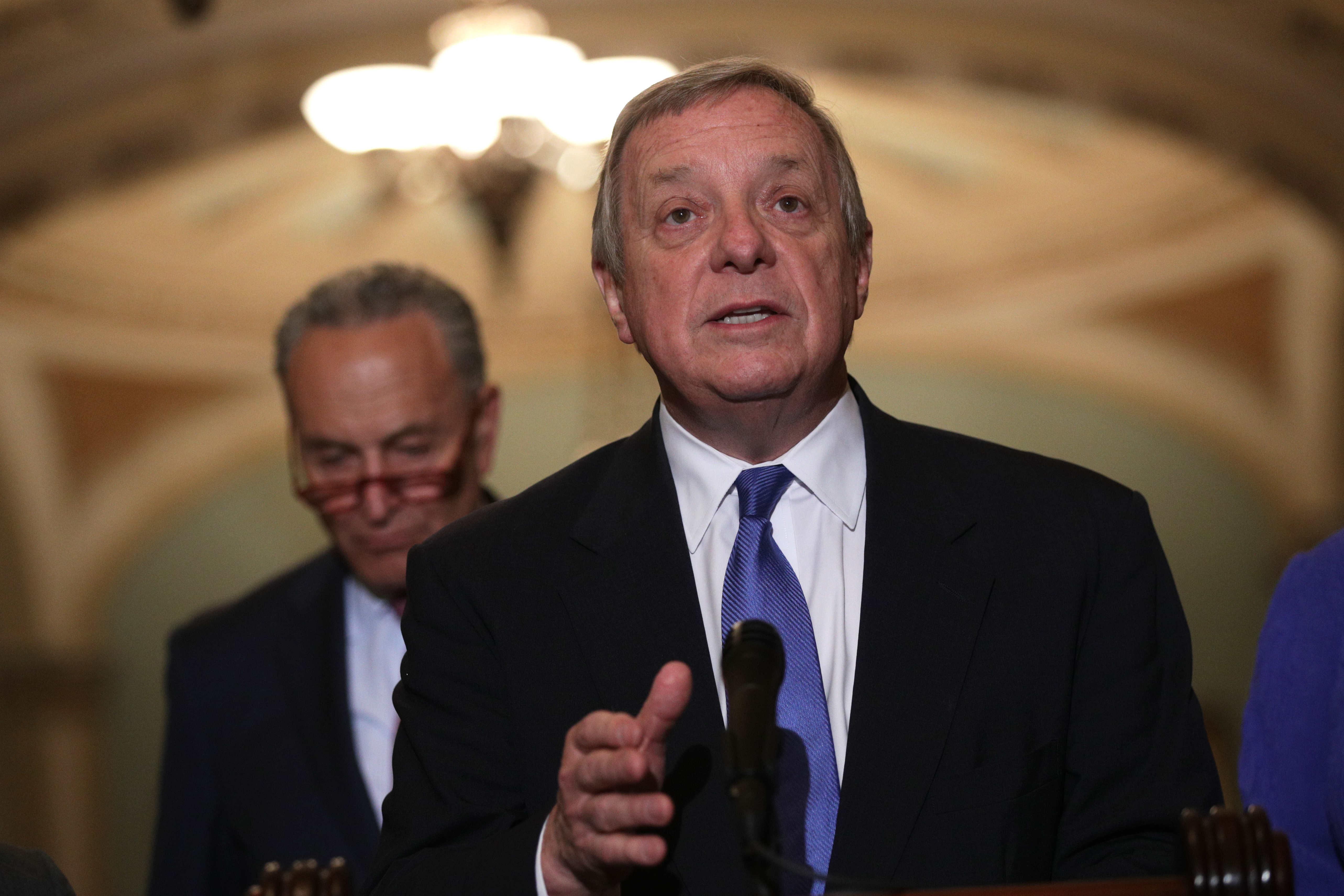 “The solution he’s proposing is getting more green cards,” Niv said. “He’s worried it will shift the backlog to other nationalities.”

The proposed legislation has the chance to be the biggest revamp of America’s immigration system since the 1965 Immigration and Nationality Act, but is getting little if any attention from the press due to the impeachment drama currently unfolding on Capitol Hill. (RELATED: Impeachment Proceedings Usually Move Swiftly, But Democrats Are Playing It Slow)

While the White House has not officially commented on the bill, supporters are confident that Trump would sign it, especially now that it has the support of all 53 Republican senators. The bill would also move America’s legal immigration system closer to a merit-based system, which is something that the president has repeatedly prioritized in his stump speeches and immigration proposals.

If passed, the change would also mark a major win for Republicans on immigration and contradict the narrative from Democrats and the media that the Republican Party is an anti-immigrant. Some of the bill’s supporters believe, precisely for that reason, that Durbin is holding up the bill for cynical and partisan reasons rather than a genuine concern for immigrants from other countries.

“He’s just trying to kill the bill and then blame Republican for not stepping up,” Kapoor said of the senator. “He just wants to make the Republicans look bad.”

Durbin has not released a statement explaining his reasoning for stalling the bill, and the senator’s office did not respond to a request for comment from the Daily Caller.