Although Clinton and daughter Chelsea were on the show to promote their new book, “The Book Of Gutsy Women,” the elder Clinton wasted no time in getting to the issue of the hour, the events surrounding the potential impeachment of President Donald Trump.

Hillary Clinton was asked to respond to a Wall Street Journal report which stated that Pompeo was a passive participant in the July 25 telephone call between Trump and Ukrainian President Volodymyr Zelensky that led to a complaint from a whistleblower and then to House Speaker Nancy Pelosi’s decision to commence an inquiry into impeachment. (RELATED: Ken Starr: Impeachment ‘Doomed To Fail’ Because Poor Judgement Is ‘Not A Crime’

“How many times when you were secretary of state did you have to say to Obama, ‘You can’t extort foreign countries to get dirt on your political enemies?’”  Colbert asked Clinton, who reacted by laughing uproariously.

“Yeah, that never happened,” she said. “The secretary of state’s job is to make sure he knows, number one, what the president is going to say on those calls.” 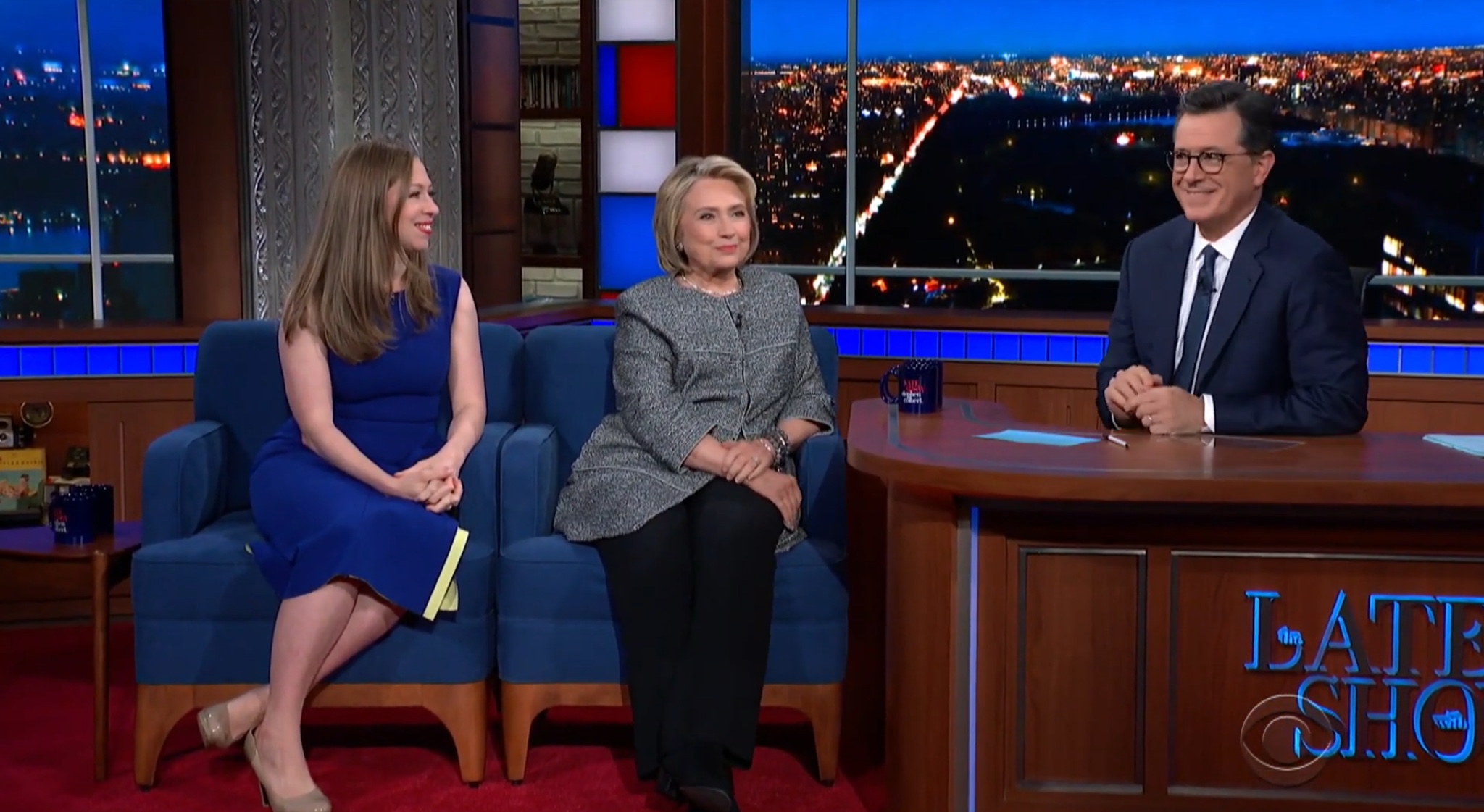 Clinton suggested that it probably didn’t matter if Pompeo was present or not “because you’ve got a president who doesn’t listen to anybody and doesn’t follow instructions whatsoever, I’m not sure they haven’t just given up on trying to give him any sort of preparation,” she insisted.

“I think if the secretary of state was on the call as is now being reported, he should have been one of the very first people to say, ‘Wait a minute, we’ve got to clean this up. You can’t let that stand.’ But we don’t know what he did.”

Clinton also said it didn’t matter if the whistleblower had no direct knowledge of the call and was merely repeating what he had heard.

“It was an admission from the White House! I mean, the transcript of the phone call was put out by the White House. And the whistleblower has a depth of understanding that needs to be taken seriously about what happened,” she said.

Then Clinton took aim at the president’s private attorney, former New York Mayor Rudy Giuliani, and suggested he shouldn’t be conducting any sort of investigation into former Vice President Joe Biden’s activities in Ukraine on behalf of his son, Hunter Biden. (RELATED: Affidavit From Ukrainian Prosecutor Says Biden Wanted Him Out Over Burisma Investigation)

“Presidents often use — as do Secretaries of State — they might use an envoy or a special adviser to deliver a message,” she said. “But again, it is supposed to be carefully thought through. And from what we’ve seen on television, carefully thinking through is not one of Rudy’s strong points.”