The congresswoman on Tuesday cited Trump’s comments about the intelligence community whistleblower as reason to imprison the president. The president said at a Sept. 26 event that White House officials who provided the whistleblower with information were “close to a spy,” adding that “spies and treason” in the “old days” were treated “a little differently than we do now.”

“I’m calling on the GOP to stop Trump’s filthy talk of whistleblowers being spies & using mob language implying they should be killed. Impeachment is not good enough for Trump. He needs to be imprisoned & placed in solitary confinement. But for now, impeachment is the imperative,” Waters wrote on Twitter. 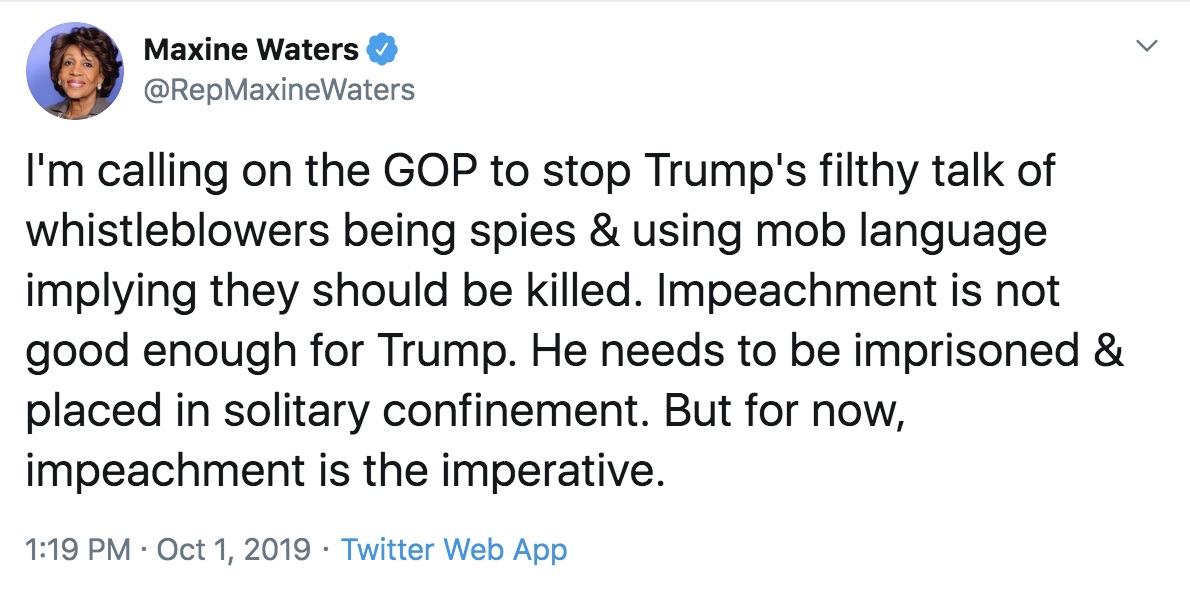 “Manafort, now that you know, will you join with organizations attempting to create fairness in the criminal justice system by supporting the Solitary Confinement Reform Act (S.2724)?” she wrote on Twitter at the time.

“AG Barr is the highest law enforcement officer & the worst. He’s supposed to be the people’s lawyer, but he’s just Trump’s puppet. He’s been caught soliciting foreign countries’ help in undermining his FBI & our Intel agencies. He should be Trump’s companion [with] impeachment,” she tweeted.

Waters has previously said that she wants to see Vice President Mike Pence impeached as well.