Senate Majority Leader Mitch McConnell said if the House of Representatives votes to impeach President Donald Trump he would have “no choice” but to continue with proceedings in the Senate.

The Republican Kentucky senator, who was around for the impeachment of former President Bill Clinton, told CNBC on Monday, “Well, under the Senate rules we are required to take it up, if the House goes down that path and we will follow the Senate rules.”

McConnell was asked if he could simply bypass a Senate trial by declaring that there is no Constitutional demand to complete the impeachment process even if the House votes to impeach. 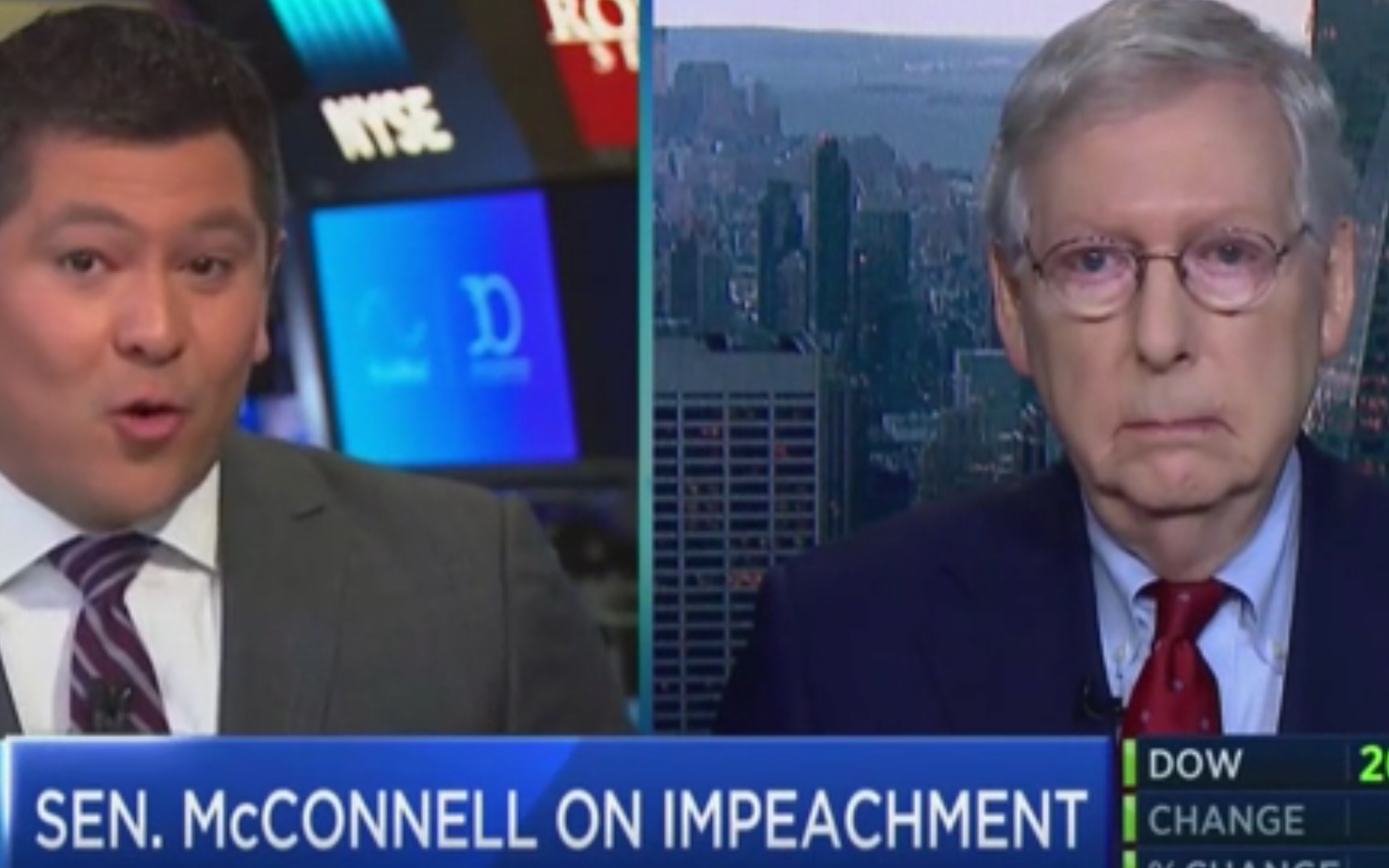 Senate Majority Leader Mitch McConnell talks to CNBC about what happens in the Senate if President Donald Trump is Impeached by the House, Sept. 30, 2019. CNBC screenshot.

“McConnell knows the rules about as well as anybody I’ve ever known,” he told the Washington Post. “He also will have the best possible advice on what the Constitution requires.”

House Democrats are moving quickly with impeachment proceedings,  even though House Speaker Nancy Pelosi has only authorized a formal “inquiry” thus far and the legislative body has not even voted on the advisability of impeaching the president.

But the Post noted that Republicans in the Senate might still try to dismiss any Senate trial — something the Democrats unsuccessfully tried to do in January 1999 when the body took up Clinton’s impeachment.

The Clinton impeachment ultimately failed for lack of votes in the upper chamber. (RELATED: What Is The Process For Impeaching A President?)

The Senate has never found a president guilty during a trial stemming from impeachment.