A lawyer in Zurich has released a photo from May 21, 2018 of Joseph Mifsud, making it the most recent known photo of the mysterious Maltese professor, who has been in hiding since emerging as a key figure in the special counsel’s probe in October 2017.

Stephan Roh, a lawyer for Mifsud, provided the photo of his client to the Daily Caller News Foundation and other news outlets on Tuesday. The photo shows Mifsud in front of a power of attorney letter dated May 21, 2018. A Swiss newspaper has the date May 17, 2018.

That was around seven months after Mifsud found himself caught up in the Mueller probe firestorm. His current whereabouts remains a mystery, though Roh says Mifsud is believed to be in Italy.

What also remains a mystery is how Mifsud fits into the puzzle that is the special counsel’s investigation. The special counsel’s team has painted Mifsud as a possible Russian agent. Roh has denied that claim, as did Mifsud in a single interview before he fell off the grid nearly two years ago. (RELATED: DNC Said Joseph Mifsud Could Be Dead — His Lawyer Pours Cold Water On That Theory) 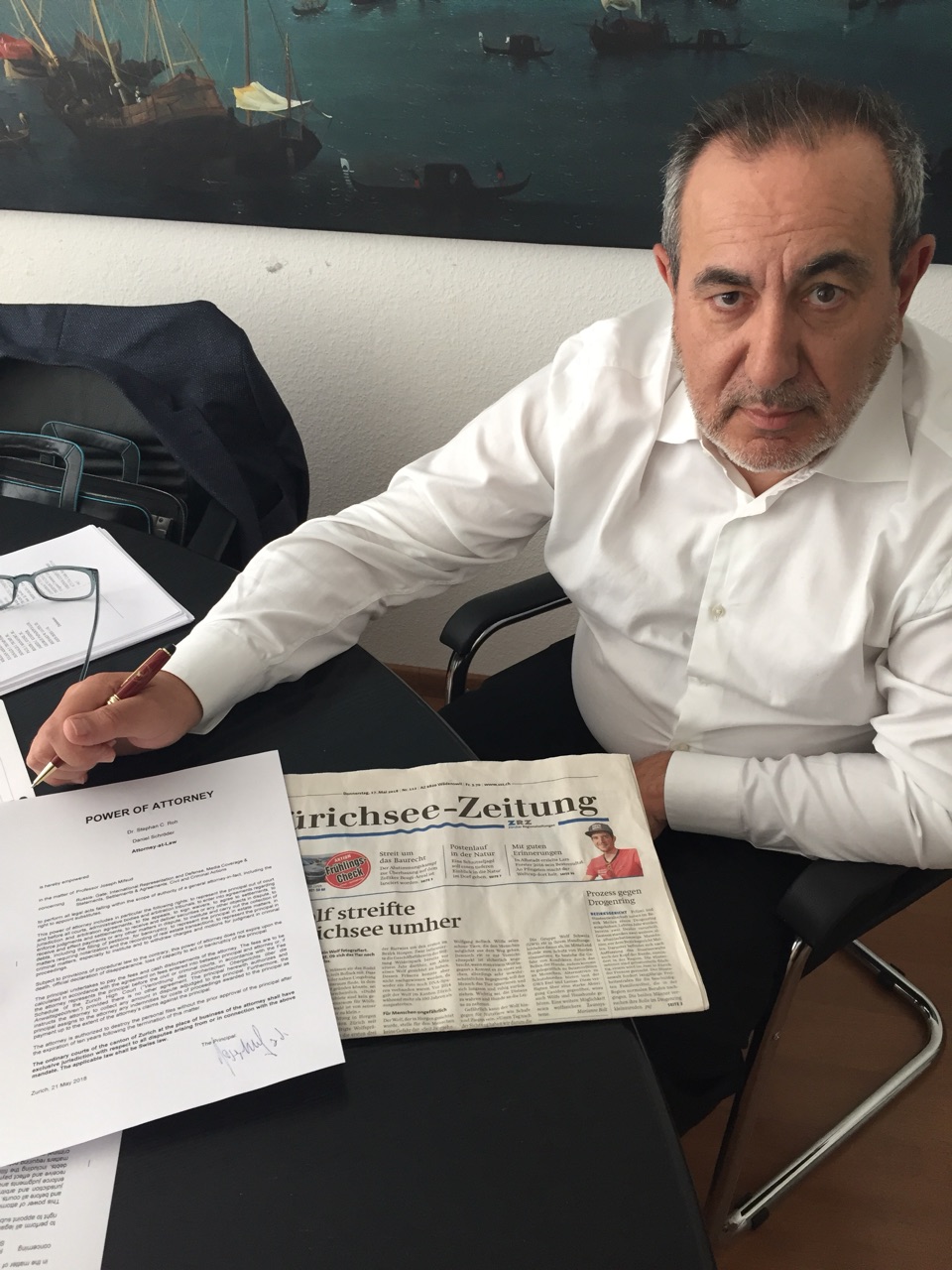 Trump campaign adviser George Papadopoulos pleaded guilty in the special counsel’s probe on Oct. 5, 2017 to lying to the FBI in a January 2017 interview regarding the extent and timing of his contacts with Mifsud, who was a professor at several European universities.

Papadopoulos said in his plea agreement that he first met Mifsud in March 2017, just after joining the Trump campaign. Both worked at the time at the same London-based think tank, though Papadopoulos says they had not previously met. The pair struck up a friendship, and met and corresponded frequently over the next few months.

Papadopoulos also said that Mifsud told him in an April 26, 2016 meeting in London that he had learned that Russia had “dirt” on Hillary Clinton in the form of “thousands” of her emails. Papadopoulos said he did not handle Clinton emails or tell anyone on the Trump campaign about Mifsud’s remarks.

It is still not clear what the special counsel’s team learned about Mifsud, or whether prosecutors consider him a Russian agent, or something else.

The special counsel’s report paints him as a Russian asset, but does not provide evidence to back up that claim.

Mifsud often rubbed shoulders with Western diplomats. He was also a participant at a State Department-hosted event in the U.S. in February 2017. FBI agents interviewed Mifsud during that trip to the U.S. The special counsel’s report says that Mifsud lied about the extent of his contacts with Papadopoulos. But unlike the Trump aide, Mifsud was not charged with making false statements to investigators.

Roh, who has served as Mifsud’s spokesperson, has said that Mifsud worked closely with Western intelligence agencies, though the DCNF has not independently verified that claim.

Roh also said on Tuesday that he does not know Mifsud’s current whereabouts.

“Unfortunately, Prof Mifsud does not contact our law firm for unknown reason. We have been informed that he is in Italy, at least until recently,” Roh said in an email authorizing publication of Mifsud’s photo.

Italian news outlets reported earlier this year that Mifsud stayed for about six months after he went into hiding at an apartment in Rome owned by LINK University.

The Washington Post reported Monday that Attorney General William Barr met with Italian government officials last week as part of an investigation into FBI and CIA activities aimed at the Trump campaign in 2016. According to The Post, Barr expressed interest in Mifsud.