Kate Middleton is reportedly “loyal” to her staff and “takes time to listen” to ideas from even “junior members” of her team which is opposite of reports about Meghan Markle.

A royal insider told “The Mail on Sunday’s You magazine” that the Duchess of Cambridge is a kind and understanding boss, according to Fox News in a piece published Wednesday. (RELATED: 18 Times Meghan Markle Already Looked Like Royalty [SLIDESHOW]) 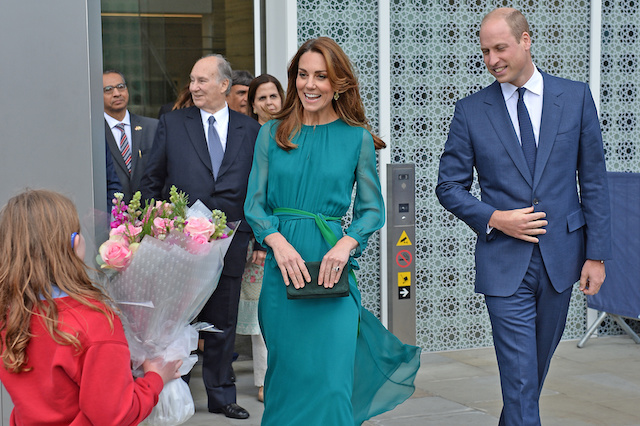 “She [Middleton] takes the time to listen to ideas from the most junior members in her team,” the insider shared. “Afterwards they’ll say, ‘Wow, she knows my name. She asked me what I thought.'”(RELATED: Report: Meghan Markle And Kate Middleton’s Alleged Feud Really Between Prince Harry And Prince William)

“She is also loyal and ‘if you make a mistake will back you regardless'” the insider added.

The royal source continued, “She is very clear on her priorities and that values that guide how she lives and works. It’s about treating other people well to get the best out of them.”

The report stands in direct contrast to those the surfaced last year alleging that the Duchess of Sussex was “difficult and demanding” with her team and reportedly would even bombard them with messages as early as 5 am.

Several reports came out alleging one such nicknames as the “Duchess Difficult” by Palace insiders,
according to earlier reports.

Another report at the time, alleged that Middleton instructed the former “Suits” actress to not berate members of her team after she had allegedly “b—cked” a member of staff.

In addition, the outlet claimed that Prince Harry and Markle flat out ignored the advice in July they got from their public relations office in regards to taking a private jet to attend a climate change Summit.

“Aides warned Harry against taking a private flight to Sicily to attend a Google climate change conference,” the palace insider shared. “The Prince ignored the guidance and got on the plane. It came back to bite him – badly.”

As previously reported, the Duke and Duchess of Sussex were labeled hypocrites after taking multiple trips by private jet over the summer while preaching about the effects of climate change.