Media companies dominate a list of the most politically polarizing brands in America, according to a Morning Consult poll released Tuesday.

Trump Hotels topped the list and gun manufacturer Smith & Wesson and sportswear giant Nike ranked 12th and 15th respectively, but major media outlets comprised the bulk of the list — 12 out of the 15 brands that were ranked.

News outlets make up 12 of the 15 most politically polarizing brands, out of the more than 3,700 brands that Morning Consult tracks daily, according to July 1-Aug. 8 polling that gauged an average of 13,419 survey respondents per brand. 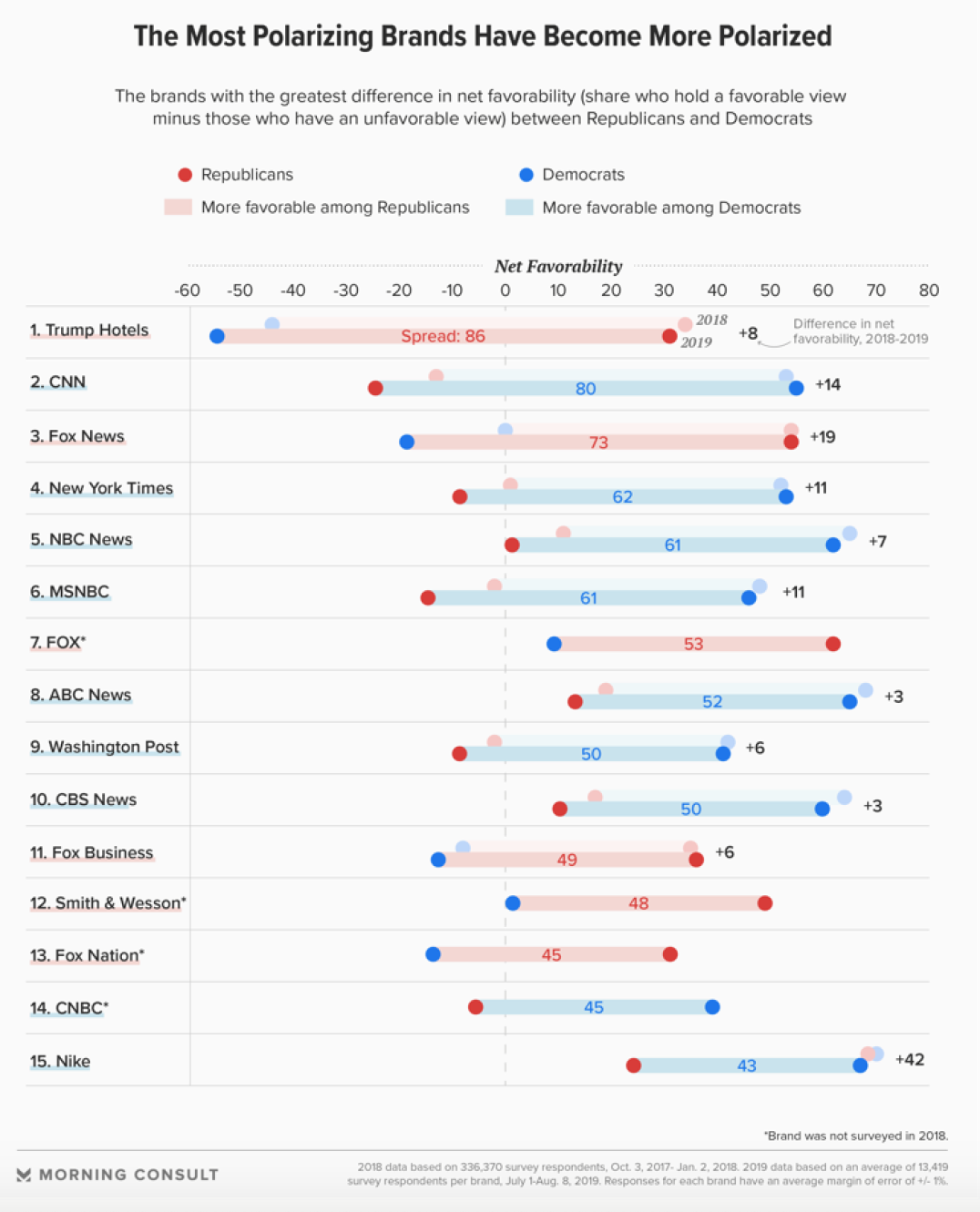 Trump Hotels showed a favorability spread of 86 points, followed closely by CNN with a spread of 80 points. Fox News (73), the New York Times (62) and NBC News (61) tied with MSNBC (61) to round out the top six. (RELATED: Progressives Slam CNN For ‘Whitewashing’ Impeachment, Failing To Credit ‘Squad’)

Nike showed the largest jump since 2018 — going from a polarization spread of zero to 42 points in 2019 — but both CNN and Fox News showed large jumps in polarization, adding 14 and 19 points respectively. The New York Times and MSNBC also showed a double digit change since 2018, both jumping by 11 points.