“Fake News, just like the snakes and gators in the moat. The Media is deranged, they have lost their minds!”

WHAT?! Megyn Kelly sides with Trump

“So Schiff coordinated w/whistle-blower from the start. And Blasey-Ford ran to Democrat partisan lawyers/reps in Kavanaugh. And those who said, maybe politics is at play, get dismissed as Trump sycophants. Come on.” — Megyn Kelly, former Fox News host, former NBC talk show host. (Kelly has come a long way since Trump said she had “blood coming out of her wherever.”)

Donald Trump Jr.: “Subpoena them all! That’s what they’ve done to us for 3 years. Why do Republicans allow the Democrats to play by a different set of rules?” (Commenting on report suggesting Rep. Adam Schiff (D-Calif.) may have helped whistleblower.)

Thank you all for your support and love over the past week. I am safe and will be back on here shortly. For now, I’ll let this quote do the talking for me.

Thank you again for everything. I heard all of your prayers and well-wishes, and they mean the world to me.pic.twitter.com/woLCPhR3IL 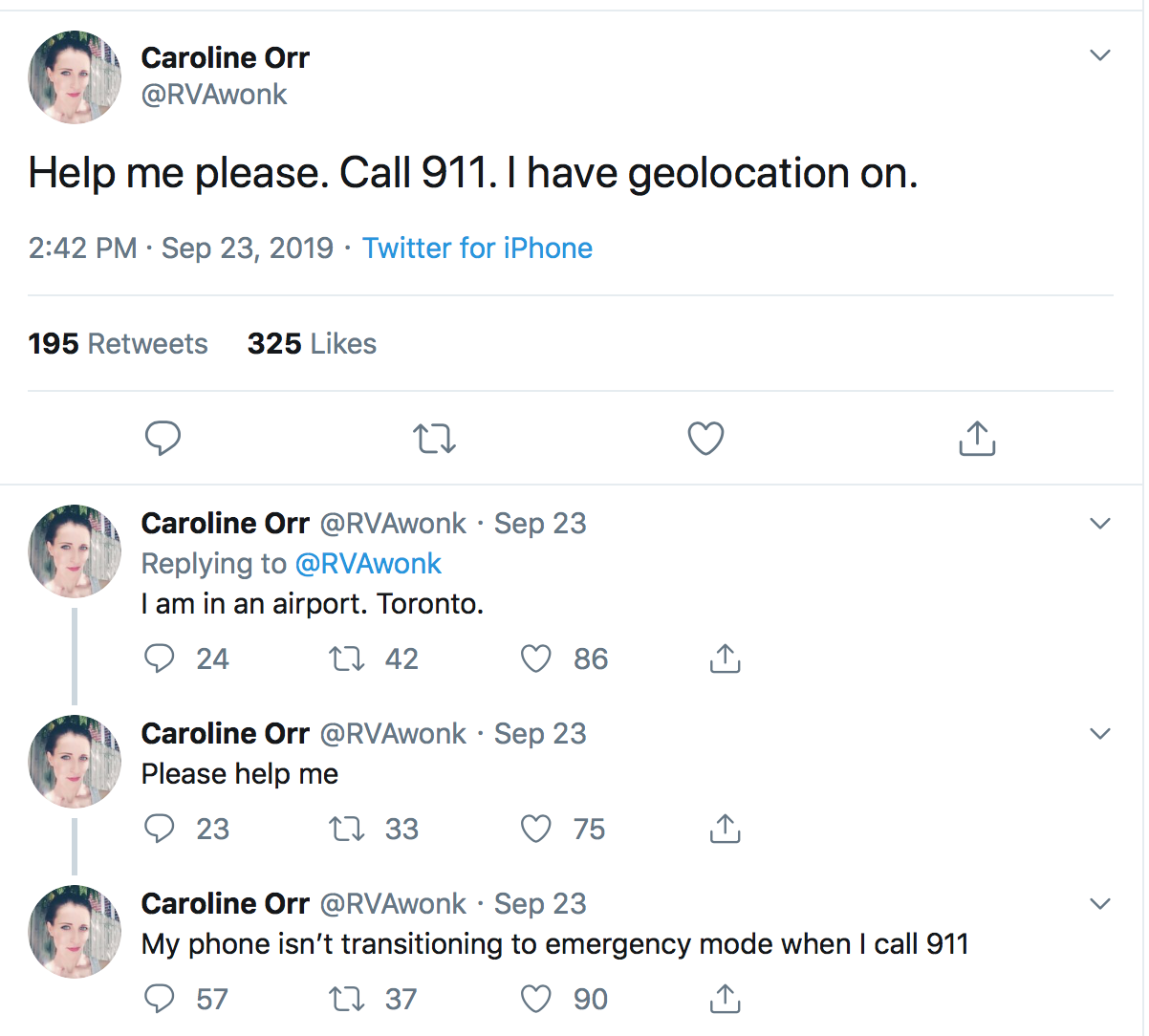 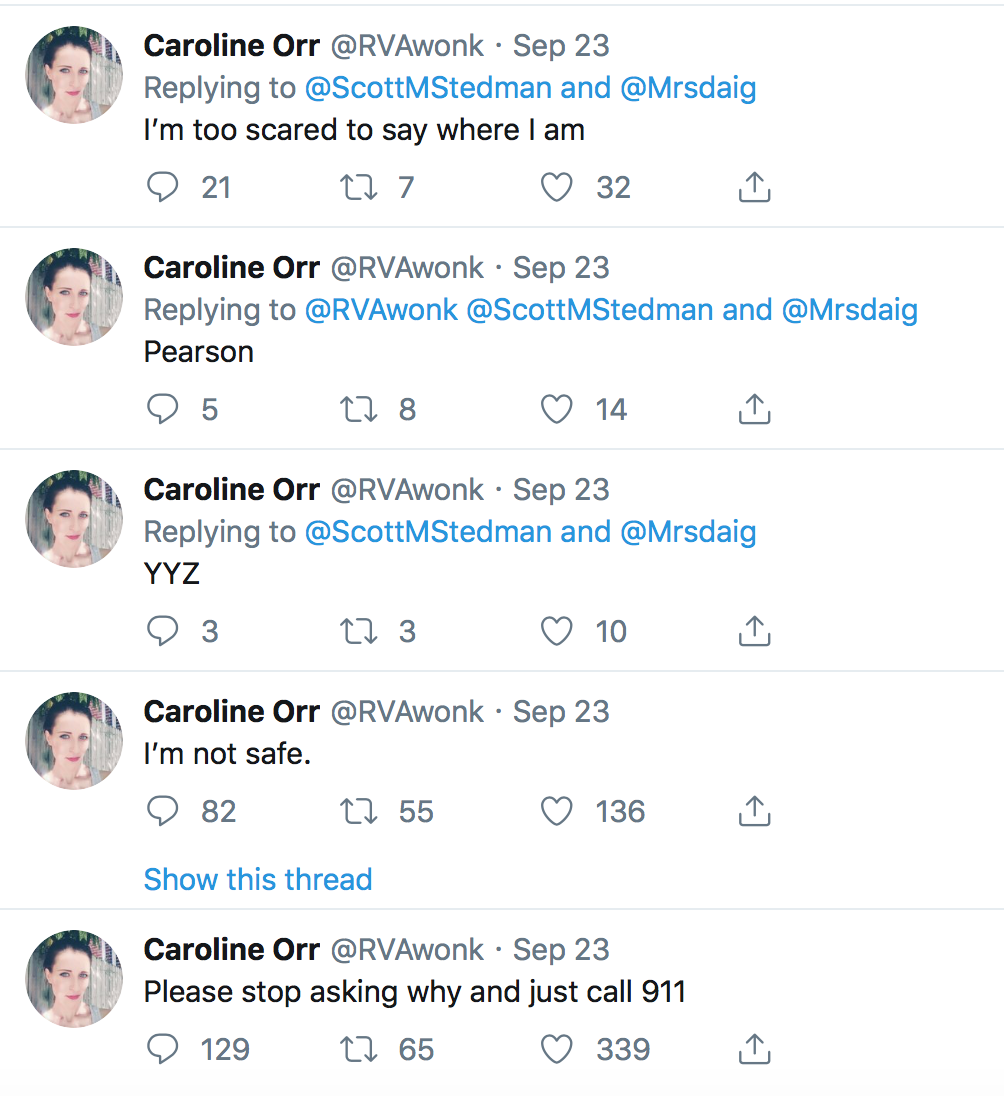 “When Trump behaves like a five year old child throwing a tantrum in the middle of a grocery store, do not back down. …Memo to Reporters: When Trump yells at you and demands that you direct your next question to someone else, ignore him. In fact, push him harder.” — Joe Scarborough, MSNBC. (RELATED: Joe Scarborough Goes Off Rails, Asks Jesus To Forgive Him)

“Actually the truth matters. It may not to you. There are those using their platforms to promulgate the president’s lies. You know that. We will recognize it and condemn it when it happens. You may not care about the truth. We do.” — Mika Brzezinski to Voice of America’s Greta Van Susteren after Greta suggested that “Morning Joe” should stop “inter cable fighting.” (RELATED: Mika Brzezinski Tells Greta Van Susteren To Stop Watching ‘Morning Joe’)

Print journalist voices the perils of getting a loan

“I just went through the home-buying process & saw the risky lending first hand. It left me telling colleagues I feared another meltdown was coming. One firm up to $900K – to a print journalist!! No thank you, my career choice offers more than enough opportunity for bankruptcy.” — Tara Copp, McClatchy.

“Wow … @realDonaldTrump just said Republicans didn’t issue subpoenas to @BarackObama as the former Spokesperson/Advisor for @GOPoversight I can tell you this is 100% false … our committee alone issued more than 100 subpoenas to the Obama Admin.” — Kurt Bardella, publicist, country music newsletter.

MOOD: “If you like subpoena coladas / and getting caught in Ukraine.” — Dave Brown, deputy defense editor, Politico.

April Ryan says we are in a crisis

“This is not just a fight between both sides of Pennsylvania Ave. We are at a crisis at every level including national security & constitutional. This is about more than a phone call & a transcript. It is about potential abuse of the Office of President, obstruction, bribery…” — April Ryan, White House correspondent, American Urban Radio, CNN contributor.

Jake Tapper has warning for kids who are watching CNN at 3 p.m.

“A parental advisory for you: In this block, I’m going to be quoting from things that the President of the United States has tweeted, so if you have kids in the room, you might want to mute the television.” — Jake Tapper, CNN.

Susan Hennessey, CNN legal analyst: “I’ve acquired a lot of knowledge over the past three years that I don’t imagine will be relevant in the post-Trump era. But among the strangest is the growing list of swear words you’re allowed to say on tv as long as you’re directly quoting the President of the United States.”

The Hill‘s Joe Concha: “This is the part where some TV folks get to say ‘bullshit’ on the air repeatedly and feel uber-edgy in the process.”

“98° officially at Reagan National Airport makes today officially the hottest day ever recorded in Washington, DC during the month of October. Breaking a 96° record that had stood since 1941.” — Mike Thomas, Fox5 meteorologist on Wednesday.

“Twitter has written one set of rules for powerful interests, and a different one for the rest of us. They let Donald Trump violate their rules because he is Donald Trump. The stakes are too high to let this continue. He’s putting people at risk and endangering democracy.” — Ian Sams, national press secretary, presidential hopeful Kamala Harris.

Is Politico‘s media writer smoking something?

The New Yorker‘s Culture Editor Michael Agger remarked, “You gotta get out of D.C. more, Jack.”

Got a tip for The Mirror? Write me at Betsy@DailyCaller.com. Rest assured your tips will remain anonymous unless otherwise negotiated.

The Wendy Williams drama fest continues. See what the talk show host has to do now. Unbelievable. Here.

Mike Elk does not like people who won’t use earphones

“Wtf is up with people who don’t put headsets on their phones when playing them in public? I always notice that it’s people who watch YouTube videos who do this. Why?!?!” — Mike Elk, labor reporter, Payday Report, formerly Politico. (RELATED: Fired Politico Reporter Puts Ex-Boss On Spot At Baseball Game)

Preface: “When a whistleblower seeks guidance, staff advises them to get counsel and go to an IG. That’s what they’re supposed to do. Unlike a president pressing a foreign leader to dig up dirt on a political opponent. That’s not what a president is supposed to do. And we all know it.” — Rep. Adam Schiff (D-Calif.).

Brit Hume, Fox News: “This puts the whole impeachment inquiry in a new light. There’s no getting around the appearance that collusion-truther and Trump antagonist Schiff was a partner in this from the start.”

Erin Ryan, host, Crooked Media: “You must think your followers are real idiots.”