The former vice president is investing extra effort in these states by increasing staffing in anticipation of the Democratic race narrowing to two candidates before Super Tuesday, Politico reports. Biden’s campaign is also creating a Super Tuesday organization, adding staffers and hiring state directors. He has recently visited nine of the Super Tuesday states.

The move comes as a September poll shows Warren taking a slight lead ahead of Biden. (RELATED: Biden Once Warned Impeachment Would Become ‘Partisan Attacks On The President, Charged With Animosity’) 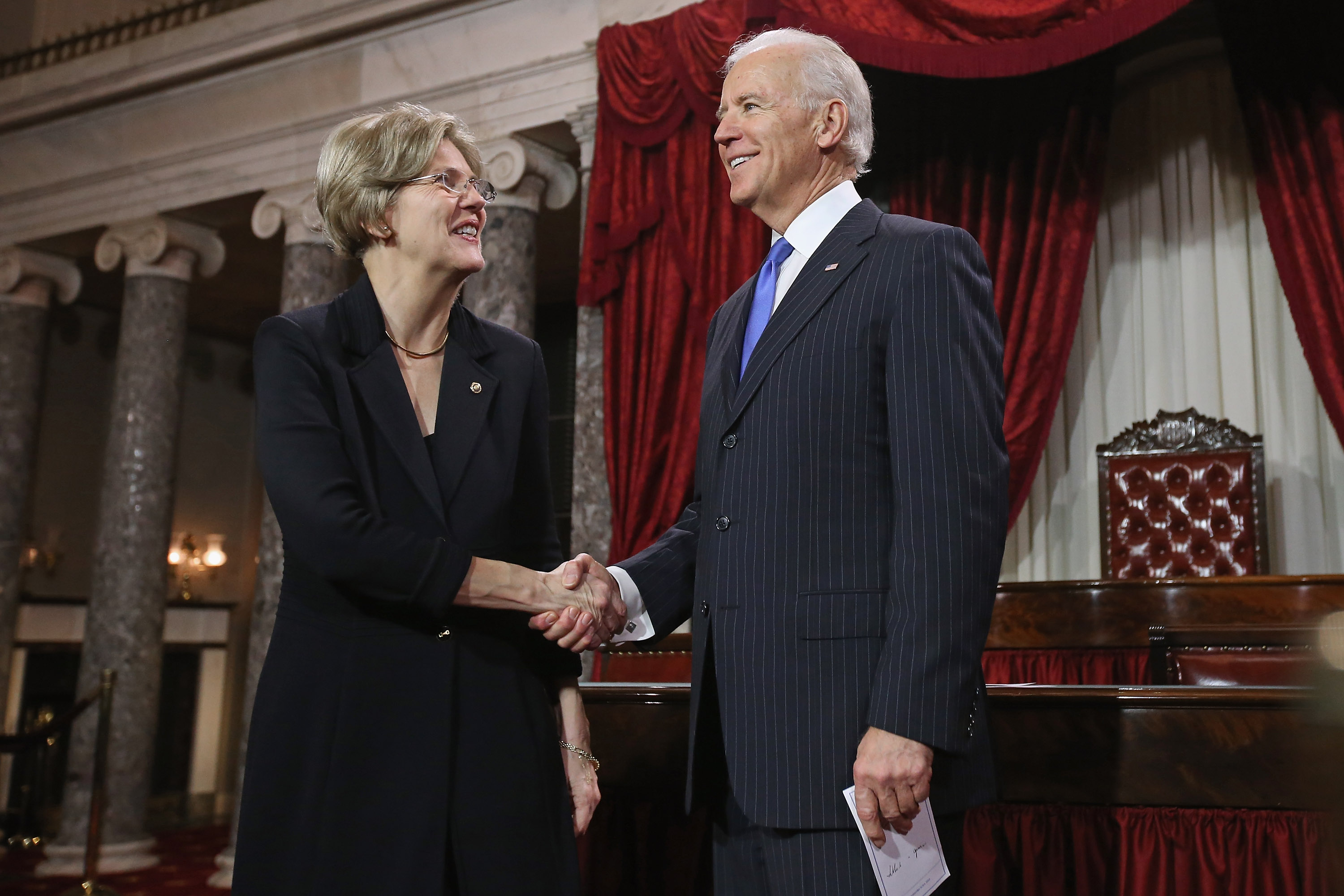 WASHINGTON, DC – JANUARY 03: U.S. Sen. Elizabeth Warren (D-MA) (L) participates in a reenacted swearing-in with U.S. Vice President Joe Biden in the Old Senate Chamber at the U.S. Capitol January 3, 2013 in Washington, DC. Biden swore in the newly-elected and re-elected senators earlier in the day on the floor of the current Senate chamber. (Photo by Chip Somodevilla/Getty Images)

“If history is any guide, this will likely be a two-person race coming out of South Carolina, and whomever emerges from Super Tuesday with a significant delegate lead will be extremely difficult to catch,” a senior Biden official told Politico.

The Biden campaign also stressed that Biden holds advantages over the candidates through his “broad, diverse” voters, implying that Warren and other candidates may struggle in southern states while Biden will not, Politico reports.

The Super Tuesday states include southern and border states where Biden may appeal to black Americans and more moderate Democratic voters, the publication reports. They also serve as an “insurance policy” for Biden against Warren, who may carry more white and liberal voters in states like Iowa and New Hampshire and then South Carolina and Nevada.

“The endorsement slates we’ve rolled out are proof of the time and energy we’ve put into these states to date,” said Pete Kavanaugh, Biden deputy campaign manager of states, to Politico. “No one has been able to release remotely close to what we have.”

“We’re targeting our resources to invest in places that will be critical to keeping the House, taking back the U.S. Senate, and regaining ground in key state legislatures in 2020,” Warren’s campaign manager, Roger Lau said in Sept. 25 public memo.