The FBI has released its crime data for 2018 and the news is good. Violent crime dropped 3.3 percent in 2018 compared to 2017. According to the report, a decrease was seen across nearly every type of violent crime.

Homicides with firearms were down 7 percent from 2017. And in stark contrast to the theatrics of last week’s House Judiciary Committee on banning modern sporting rifles, rifles were again only used in 2 percent of homicides, far less than the share committed with knives (11 percent) or hands and feet (5 percent).

MSR Ownership Up. Crime Down

This chart says it all. Through 2016, there have been over 16 million modern sporting rifles in the hands of law-abiding citizens. Meanwhile, violent crime is declining. The message is clear. Tragic criminal actions must be addressed. Banning certain types of firearms is not the answer. 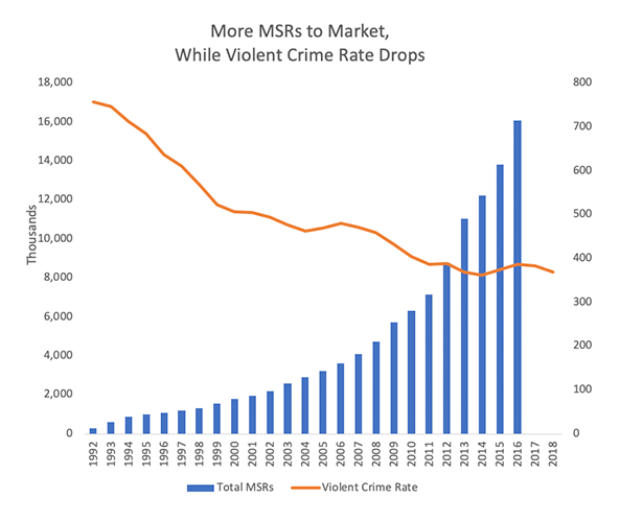