New York Democratic Rep. Alexandria Ocasio-Cortez explained why she thinks American taxpayers should be giving welfare benefits to illegal immigrants during a town hall event in her district Thursday.

“The Embrace Act, we are doing the same, and we are ending—and it’s a piece if legislation that ends similar discrimination based on documentation status,” Ocasio-Cortez said, talking about one of her proposals that would open federal benefits to everyone, including illegal immigrants.

“It’s kind of a next level piece of legislation, and it is something that people are going to say ‘Why would you do that?’ I believe that we need to acknowledge the contributions that immigrants make in America,” she added.

“And if you, if you, contribute to our society, I believe that you should benefit from our society.” 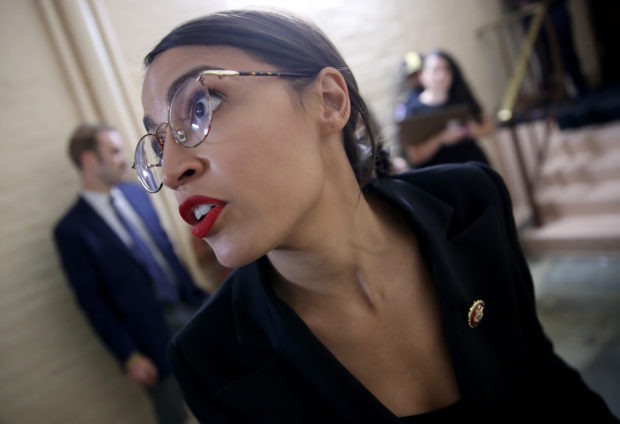 “I’d like to apologize to you on behalf of the United States of America for the dehumanizing policies that they are pursuing, that are frankly targeting you and targeting many people in the United States,” she said, adding, “I’d also like to recognize the intrinsic value that you have and offer to everybody that you encounter in her country.”

The 29-year-old has also referred to illegal immigrants as her “constituents” and claimed that the United States is running “concentration camps” at the border. (RELATED: Holocaust Survivor Accuses Ocasio-Cortez Of Spreading ‘Anti-Semitism, Hatred And Stupidity’)