“Over the past two weeks, senior campaign leadership received multiple complaints regarding inappropriate behavior by Rich McDaniel,” Orthman said Friday, according to Politico. “Over the same time period, the campaign retained outside counsel to conduct an investigation.”

“Based on the results of the investigation, the campaign determined that his reported conduct was inconsistent with its values and that he could not be a part of the campaign moving forward,” she continued. 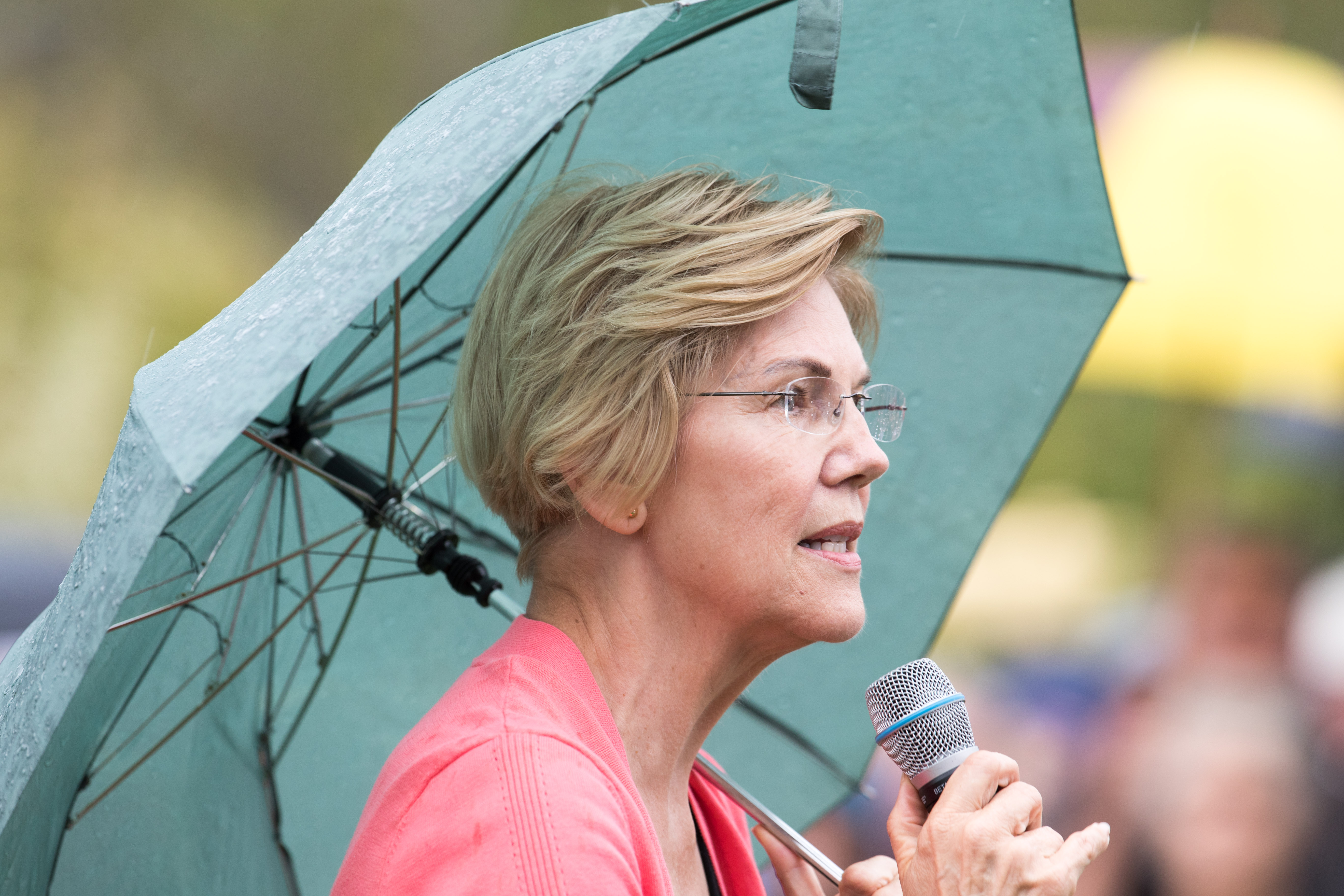 Senator and Democratic presidential candidate Elizabeth Warren speaks to a crowd of around 800 as it begins to rain during a Labor Day house party on September 2, 2019 in Hampton Falls, New Hampshire. (Scott Eisen/Getty Images)

There are reportedly no sexual assault allegations against McDaniel, Politico reported based on a person familiar with the investigation. The investigation was carried out by Kate Kimpel, an attorney, and her firm KK Advising. (RELATED: ‘This Isn’t Funny’: Warren Scolds Crowd For Laughing At Her)

McDaniel said that he “separated from the campaign” and “would never intentionally engage in any behavior inconsistent with the campaign,” according to a statement, Politico reported.

“I have separated from the campaign and am no longer serving as National Organizing Director,” McDaniel said. “I have tremendous respect for my colleagues despite any disagreements we may have had and believe departing at this time is in the best interest of both parties.”

“I would never intentionally engage in any behavior inconsistent with the campaign or my own values,” he continued. “If others feel that I have, I understand it is important to listen even when you disagree. I wish the campaign and my colleagues well.”

Warren’s campaign did not immediately respond to a request for comment by the Daily Caller News Foundation.