Hong Kong chief executive Carrie Lam announced using emergency powers at a news conference Friday to deploy a rare law banning the use of face masks amid high tensions across the region.

The move comes after four days of peaceful and violent demonstrations — including the officer-involved shooting of an 18-year-old student protester — took place between Sept. 28 and Oct. 1 as China marked its 70th year under communist rule with a military parade in Beijing.

“We are particularly concerned that many students are participating [in violent protests], jeopardizing their safety and even their future,” Lam said at the Friday news conference, according to the New York Times. “As a responsible government, we have a duty to use all available means to stop the escalating violence and restore calmness in society.”

The ban, which is supposed to act as an incentive to keep people from partaking in violent demonstrations, could mean up to a year in jail if protesters wear masks against government orders, The Wall Street Journal reported.

After Lam made the announcement, thousands of people took to the streets dressed in ordinary clothing — some wearing masks in opposition of the chief executive’s decision — chanting, “Hong Kong people, resist!” according to WSJ.

RUSH HOUR: Protesters put their masks on just minutes after they were banned by the Hong Kong government pic.twitter.com/edVsZDNdrp

“What she’s done is alarming and dangerous—she’s pouring fuel on the fire,” a former Hong Kong Democratic Chairwoman Emily Lau told WSJ. “Once you open up Pandora’s box, where does it end?”

Masks have been a staple of the Hong Kong protests that have been ongoing since June to protect demonstrators from the use of tear gas by police and other explosives like petrol bombs used by protesters against police. 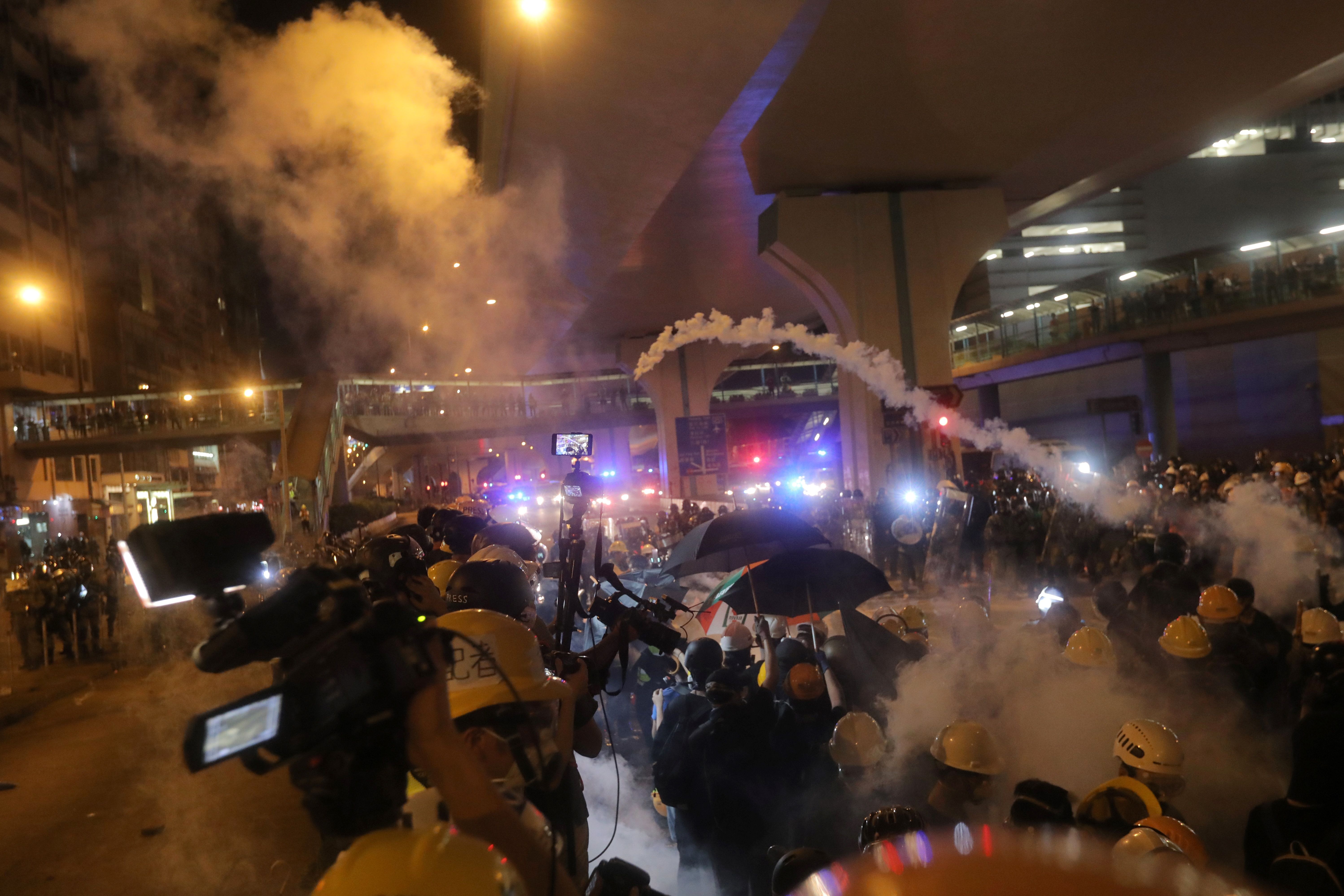 Tear gas and pepper spray were deployed hours after Lam’s Friday announcement at a violent protest in Tai Koo to break up a crowd of protesters, many of whom were not wearing masks, according to the South China Morning Post.

Hong Kong‘s summer of protests were sparked by a since-withdrawn extradition bill that would have sent Hong Kong residents convicted of crimes to mainland China for trial. (RELATED: Hong Kong Demonstration Draws Crowd Of More Than 1.7 Million Against Government Orders)

The bill was one of five demands made by Hongkongers who have kept the protests going. The other four include Lam’s resignation, an inquiry into police brutality, the release of those who have been arrested and more democratic freedoms, according to CNN.