California Republican congressional candidate Ronda Kennedy was told she could not attend the “Blue Bowl,” a charitable football game in Thousand Oaks, California, to help the family of slain police officer Sgt. Ron Helus, because of her political affiliation.

The “Blue Bowl” is a fundraiser for Helus, an officer killed in a local 2018 mass shooting. The exhibition football game was supposed to play out this Sunday at Newbury Park High School but Thousand Oaks Police Chief Tim Hagel reportedly decided it wasn’t a go after learning that Republicans had been invited, Los Angeles Fox News affiliate FOX 11 first reported Tuesday. 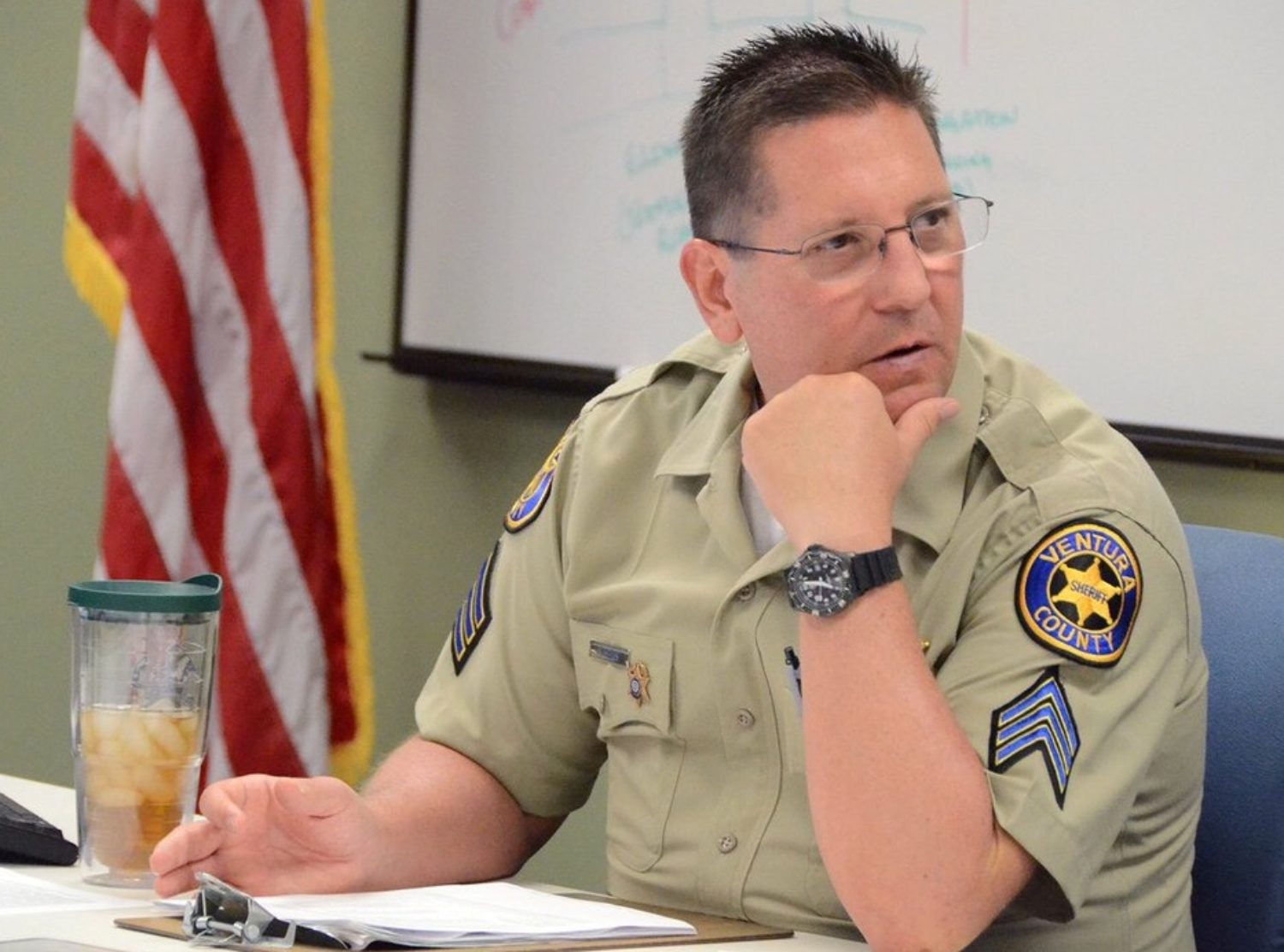 Kennedy was told by the event organizer last week that Thousand Oaks Police Chief Tim Hagel had ruled that she couldn’t attend because of her GOP affiliation.

Kennedy told the Daily Caller Thursday that the event organizer, Mike Randall, telephoned to give her the news. “At least he had the integrity to let me know what was going on,” Kennedy said.

When asked why Hagel would put this event on hold because she and other Republicans were invited, Kennedy says she is at a loss to explain it. “I don’t know; I can’t explain what his motivation for this is.” Kennedy says she is not aware if the police chief is involved in partisan politics, though she says he has participated in “some anti-gun stuff.” 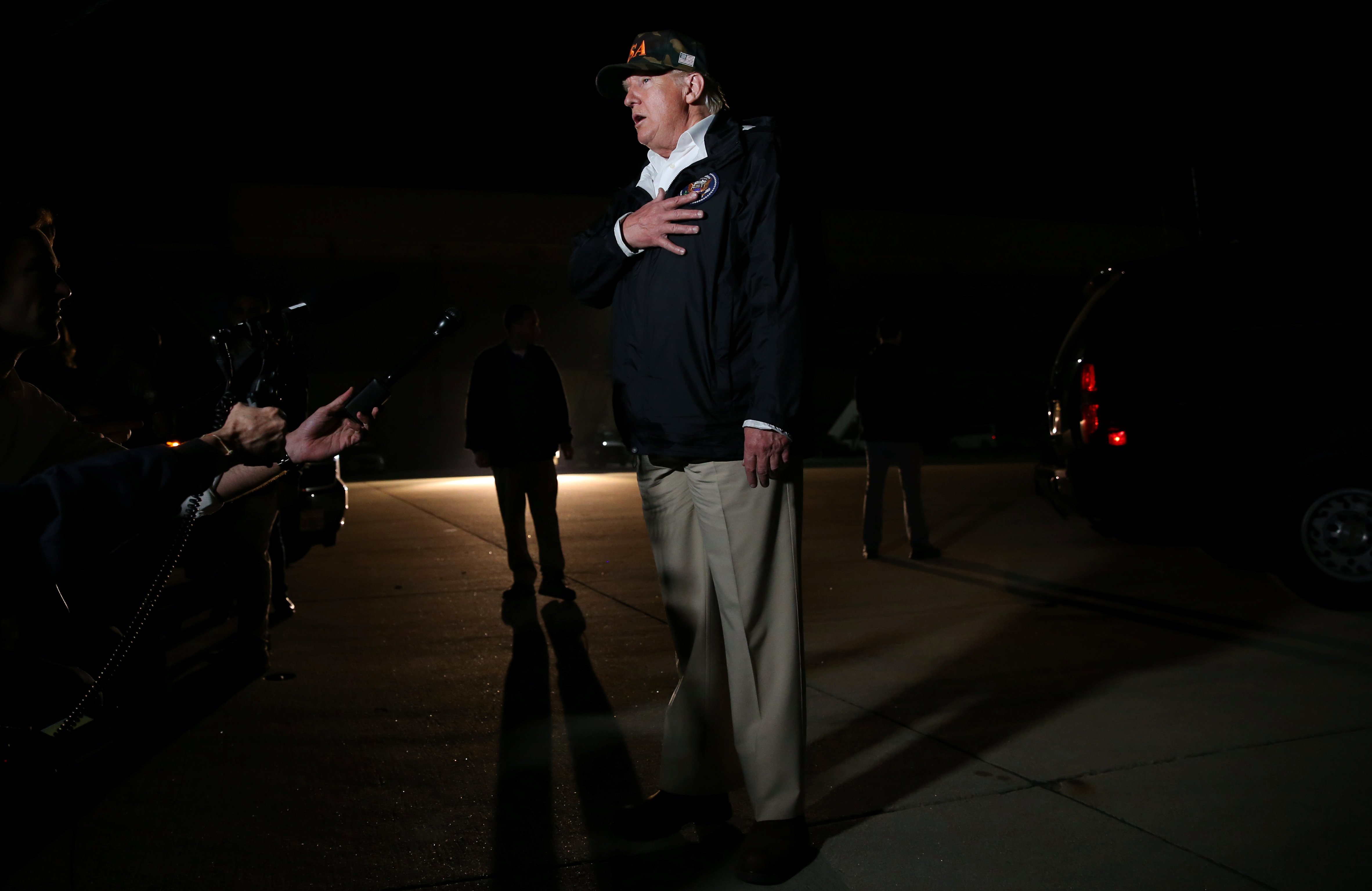 U.S. President Donald Trump speaks to the media after a day of touring neighborhoods devastated by the wildfires and meeting with families and friends of the victims of the Thousand Oaks shooting, at Naval Air Station Point Mugu near Malibu, California, U.S., Nov. 17, 2018. REUTERS/ Leah Millis

Randall told FOX 11 that Hagel jumped all over him when he told the police chief that he had invited Republicans like Kennedy, actor Scott Baio and singer Joy Villa to participate. “He basically said over and over in the conversation, ‘This is not Trump country, that slogan ‘Make America Great’ is not favorable, popular, within 1,200 square miles,’ that we don’t want Republicans here. I could not believe it,” Randall, Vice President of the Fallen Officers Foundation, told FOX 11. (RELATED: Whoopi Goldberg Shreds Debra Messing Over Blacklisting Trump Supporters)

In an interview with local newspaper The Acorn, Hagel admitted telling Mike Randall and Rosemary Zore of the Robert L. Zore Foundation, both event organizers that  “this is not Trump country,” while insisting some of the invitees did not “represent the fabric of the community.”

He suggested it was the event organizers who were making the fundraiser political. Ventura County Sheriff Bill Ayub told The Acorn that Hagel had told him he believed the fundraiser was “turning into something that it wasn’t originally represented to be.”

But Randall disagreed and told the Acorn that it was Hagel who raised the political flag.

“This is never, ever a political event,” Randall told the paper. “No one speaks on politics.”

Kennedy agreed, telling the Daily Caller that the politicization of the fundraiser has hurt the community. “It’s really sad,” she said. “I mean, no one asks you about who you support politically when you’re invited. You don’t attend the event to talk about politics. This was a fundraiser to honor fallen officers.”

The Daily Caller reached out to the office of California Democratic Rep. Julia Brownley, whose congressional district #26 includes Thousand Oaks. Her office’s media relations representative said the congresswoman was traveling but hoped Brownley might comment on the controversy.