The Supreme Court will decide whether a federal law that makes it a crime to “encourage or induce” someone to enter the country illegally violates the First Amendment.

The 9th U.S. Circuit Court of Appeals said the law is unconstitutional in December 2018. The justices added the case to the docket for their forthcoming term Friday.

“The provisions here are primarily directed at conduct, not speech,” the government’s petition to the high court reads. “To the extent they even reach speech, they do so only incidentally by prohibiting communications that foster unlawful activity by particular individuals, which have long been understood to be outside the scope of the First Amendment.”

The dispute involves an immigration consultant called Evelyn Sineneng-Smith. Federal prosecutors allege that she offered to enroll illegal aliens in a Department of Labor certification program for nearly $6,000. She allegedly did so knowing that her clients were not qualified, and were therefore guaranteed rejection.

“In doing so, she not only took the aliens’ money under false pretenses, but also induced them to remain in the United States,” the government’s petition alleges.

Sineneng-Smith pleaded guilty to two counts of filing false tax returns. At trial, a jury convicted her of mail fraud and inducing illegal immigration for financial gain, the law at issue before the Supreme Court.

On appeal, a three judge panel of the 9th Circuit said the law is unconstitutionally overbroad because it “criminalizes a substantial amount of protected expression.” Judge A. Wallace Tashima delivered the opinion for the panel, which Judges Marsha Berzon and Andrew Hurwitz joined. Democratic presidents appointed all three judges.

The decision cites several examples of protected speech the law endangers: An attorney urging their client to stay in the country to fight a removal order; a speaker addressing the topic of illegal immigration urging unlawful aliens to stay in the U.S. to support direct political action; or “a loving grandmother who urges her grandson to overstay his visa.”

“The foregoing examples are not some parade of fanciful horribles,” the ruling reads. “Instead, they represent real and constitutionally-protected conversations and advice that happen daily. They demonstrate [the law’s] impermissible applications are real and substantial.” (RELATED: Assault On Roe Begins? Supreme Court To Hear Louisiana Abortion Dispute) 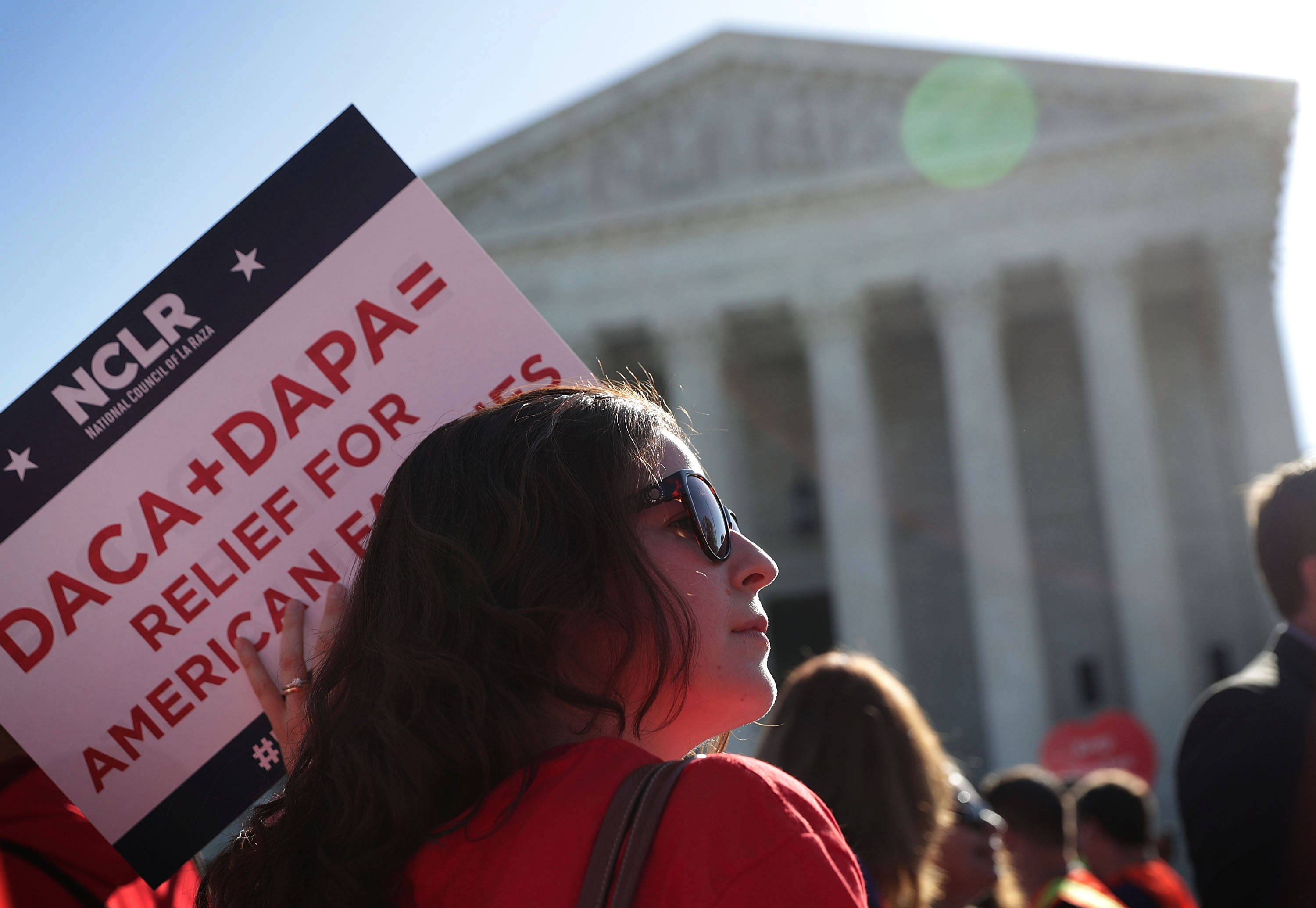 The Trump administration counters that only those who attempt to reap a financial gain through illegal immigration are subject to the law. In their view, that component reduces the law’s sweep significantly.

“The crime’s financial-gain element alone eliminates most, if not all, of the 9th Circuit’s concerns,” the government’s petition reads. “That element requires proof that the defendant committed the crime ‘for the purpose of commercial advantage or private financial gain,’ which is not a normal feature of ‘abstract advocacy.'”

“The element would exclude, for example, the 9th Circuit’s hypotheticals about ‘the simple words — spoken to a son, a wife, a parent, a friend, a neighbor, a coworker, a student, a client — ‘I encourage you to stay here,’ as well as a ‘speech addressed to a gathered crowd, or directed at undocumented individuals on social media,'” the petition continues.

Unsurprisingly, Sineneng-Smith disagrees. She contends that the financial-gain component is merely a sentence enhancement provision. As such, she believes she cannot be penalized under the financial-gain provision unless a jury first finds her guilty of inducing illegal immigration.