James Davis, a top aide to the Koch political network, left the company Tuesday after more than seven years.

Davis worked in communications for the Koch brothers at the Freedom Partners and Freedom Partners Action Fund, the nonprofit and super PAC which helped raise money for Republican candidates across the country, according to Politico.

“It’s been a great seven years nearly seven years experience who was able to work on a lot of really important things like tax reform criminal justice reform, supporting Supreme Court justices, and helping people in community projects such as addiction recovery from opioids and fighting poverty there at the very local level. It was an incredibly rewarding experience,” Davis told The Daily Caller.

Davis said it has always been a lifelong dream of his to be an entrepreneur, saying he is ready to build something that he has control over, mentioning his single mother and her success as a small business owner.

“I built a lot of organizations for other people and I want to build a business that I actually have a stake in now and build something that’s bigger than me,” he said. (RELATED: ‘Let’s Stand Together’: Koch Meeting Closes On Opioids, Homelessness, Criminal Reform And Rehabilitation (And No Politics)) 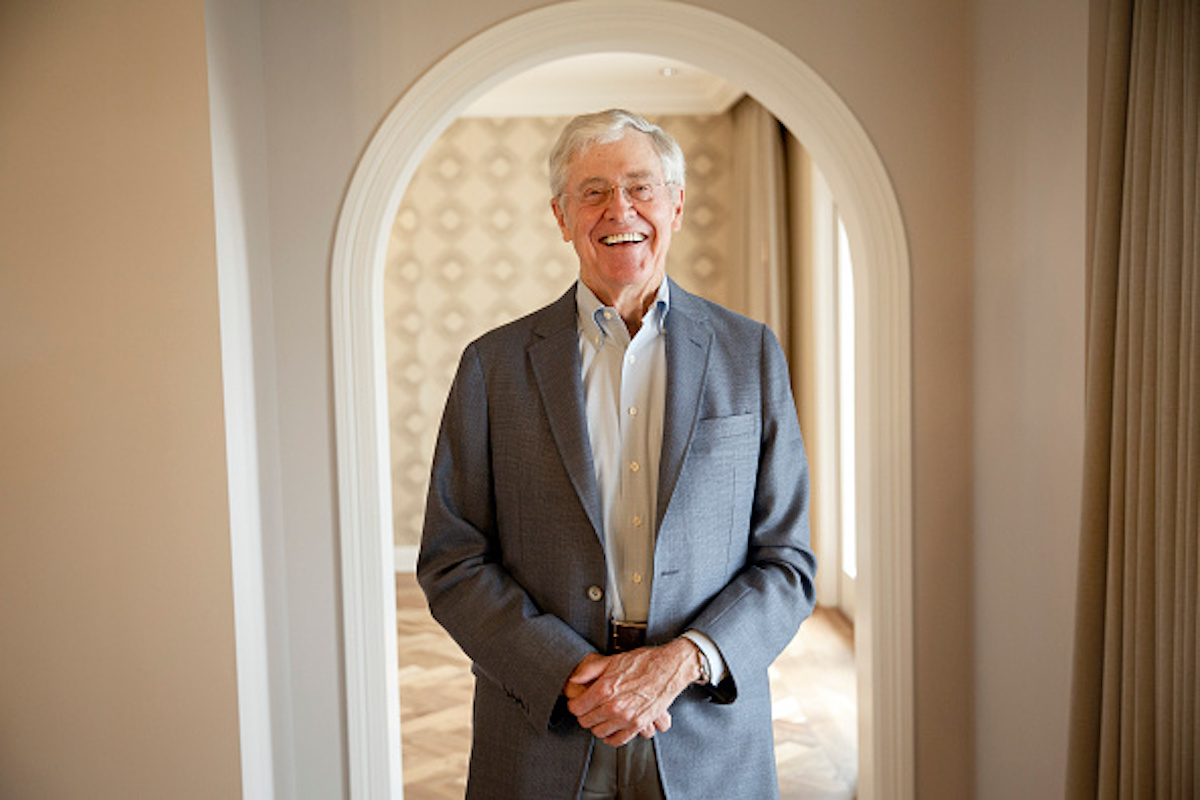 Charles Koch stands for a portrait after an interview with the Washington Post at the Freedom Partners Summit on Monday, August 3, 2015 in Dana Point, CA. (Photo by Patrick T. Fallon for The Washington Post via Getty Images)

“I had that example set for me by my mother who was a single mom, a high school dropout, and she defied all odds with just sheer grit and hard work,” Davis continued. “She bought the gas station that she was employed at, as a single mom, and not only that business quadrupled in one year and she paid off the entire loan in one year. So it’s kind of a remarkable story when you have that kind of example in your life, it tends to help you realize the incredible potential that everyone has and the possibilities of entrepreneurship.”

Davis said his new firm will focus mostly on corporate nonprofit and advocacy work and said he will do some political work, where he believes it works for him.

“I had really intended to just kind of hold on before any announcement but the news is out and I’m already doing some work for a number of clients and so now I guess the best thing to say is, I’m open for business,” Davis concluded. (RELATED: House Dem Caucus Chair Ties Koch Brothers To Historic Election Losses)

Paul Morrell, the current vice president of Stand Together, will take over for Davis.