Republican Kentucky Sen. Mitch McConnell is reminding voters that “the way that impeachment stops is a Senate majority with me as majority leader.”

McConnell is vowing to hold off the “left-wing mob” that he says has convinced House Speaker Nancy Pelosi to proceed with an official impeachment inquiry against President Donald Trump. In a Facebook ad that was posted last week, the Senate majority leader says he is the best guarantee against impeachment, the Louisville Courier Journal reported Saturday.

“Nancy Pelosi’s in the clutches of a left-wing mob. They finally convinced her to impeach the president,” McConnell tells viewers as he speaks to the camera. “All of you know your Constitution. The way that impeachment stops is a Senate majority with me as majority leader. (RELATED: Ken Starr: Impeachment ‘Doomed To Fail’ Because Poor Judgment Is ‘Not A Crime’)

“But I need your help,” he cautions, with the GOP elephant mascot behind him. “Please contribute before the deadline.”

The Facebook ad features a variety of different subtitles to underline McConnell’s message that impeachment might pass through the House but the Democrats don’t have the votes to succeed in the Senate. (RELATED: Speaker Nancy Pelosi Compares Impeaching Trump To American Revolution) 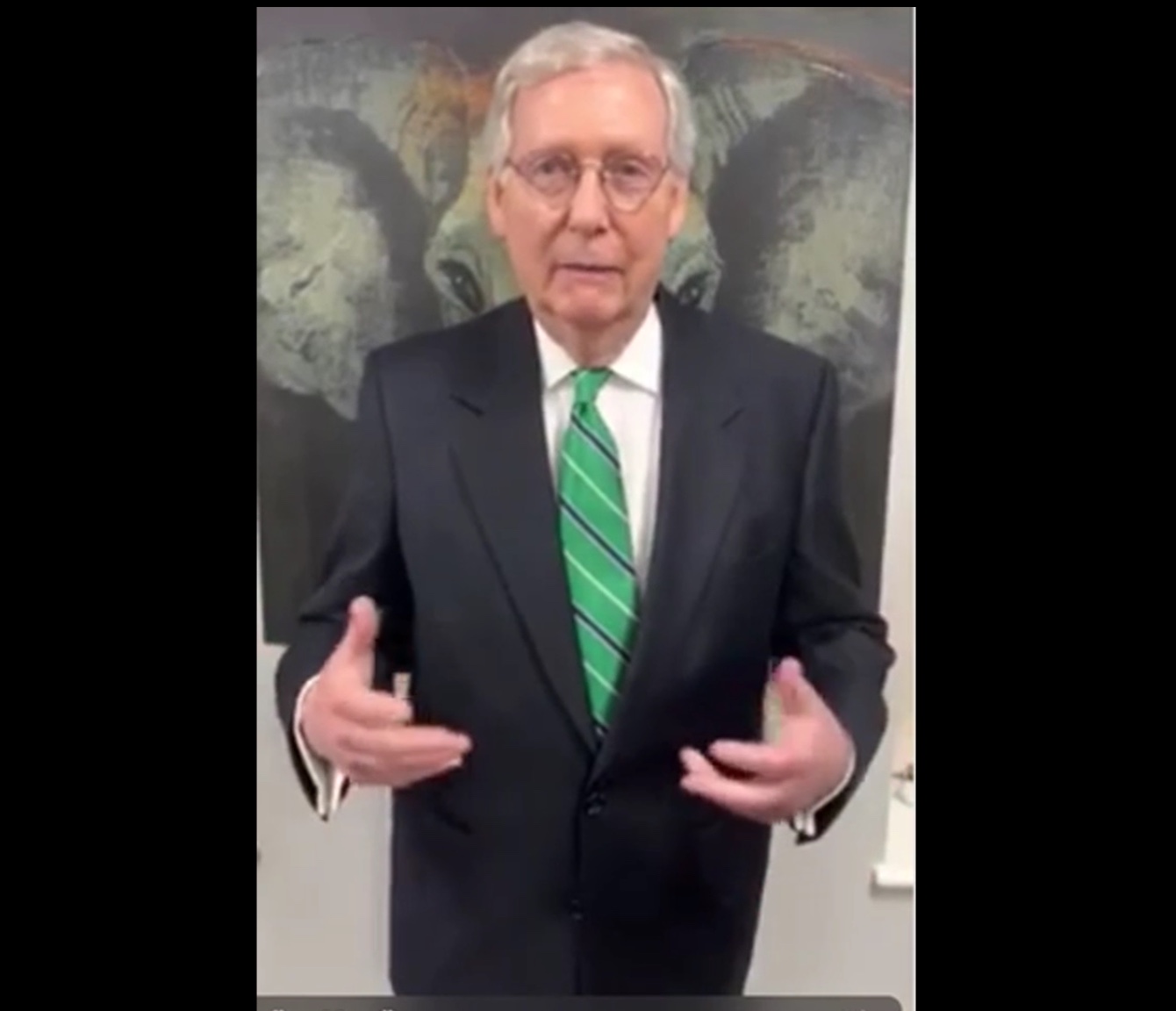 “Your conservative Senate Majority is the ONLY thing stopping Nancy Pelosi from impeaching President Trump. Donate & help us keep it!” Reads one message.