Former San Francisco Mayor Willie Brown wrote that former Secretary of State Hillary Clinton is the “only candidate” who can defeat President Donald Trump in 2020.

Brown, who once dated Democratic presidential candidate Kamala Harris and influenced her early political career, penned an op-ed published Saturday in the San Francisco Chronicle titled, “Who should run against Trump? How about Hillary Clinton?”

“It’s time for Hillary Clinton to come out of retirement, lace up the gloves and get back in the ring with President Trump for what would be the biggest political rematch ever,” Brown wrote. 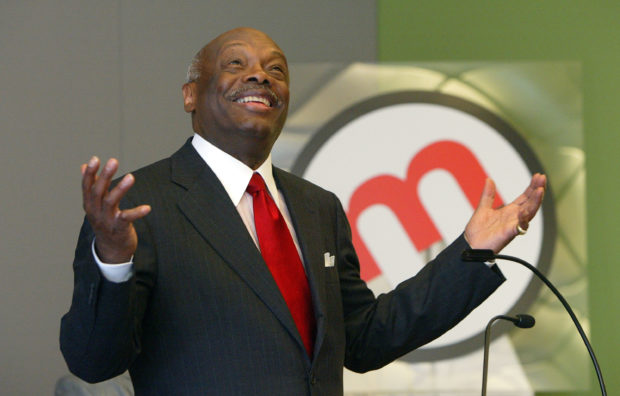 The former San Francisco mayor called Clinton “the only candidate short of Barack Obama who has the brains, the battle-tested brawn and the national presence to take out Trump.”

Brown then went through the drawbacks surrounding the current front-running candidates, including former Vice President Joe Biden becoming “Trump’s main talking point in the whole Ukraine-China impeachment mess, which hardly helps him,” before acknowledging his “depression over the current field” of candidates.

That’s when the light went on: “Rematch!”

Think about it. Hillary is still the smartest of the bunch. She’s also better known than any of the candidates, so she doesn’t need a lot of money.

Brown hopes Clinton has learned from her electoral college defeat and 2016 run, which he called “one of the worst-run campaigns ever.” Now, he believes, she seems “loose” and comes off as “funny, smart and natural.” (RELATED: Dan Bongino And Tucker Get A Laugh Pointing Out The Irony Of Hillary’s Newfound ‘Warrior Against Corruption’ Identity)

A Gallup tracking poll from September 2018 found Clinton’s favorability rating at an abysmal 36%.