Superstar country singers Carly Pearce and Michael Ray have finally made things official after tying the knot at a beautiful ceremony in Tennessee.

The 29-year-old singer and Ray said their “I Do’s” surrounded by a hundred of their family and friends at an intimate ceremony at Drakewood Farm near Nashville, per People magazine in a piece published Sunday.  (RELATED: Karlie Kloss And Josh Kushner Are Engaged)

“Knowing without a shadow of a doubt that I didn’t settle for something less than truly the person that I think was made for me is something that I am thankful for,” the “Closer To You” singer shared. (RELATED: Report: Justin Bieber, Hailey Baldwin Tied Knot After 2-Month Engagement)

“No matter what, I have her in my corner,” the 31-year-old country singer shared. “No matter what, she has me in her corner. I tell her, you’re never going to face anything alone. Never will there be anything in life that you don’t look over and I’m standing beside you.”

And while the wedding was supposed to be an “Earthy and whimsical” outdoor celebration, the elements didn’t allow that to happen so the ceremony was brought indoors due to rainstorms.  But it didn’t dampen the mood at all. 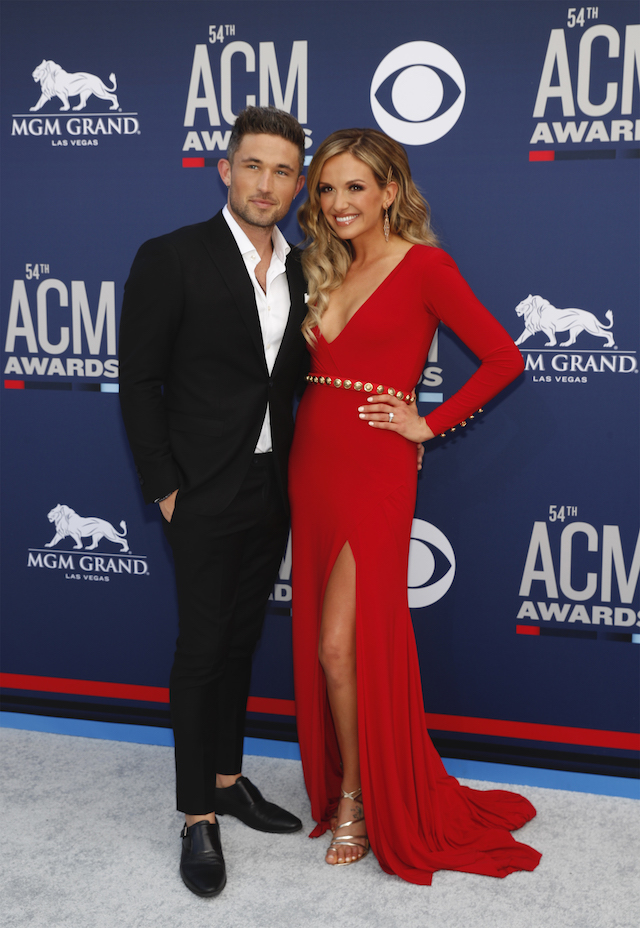 “No one noticed the storms as we moved the ceremony inside,” Pearce explained. “The love and joy in the room was perfect to us. It was a truly romantic night!”

The two have been dating for over a year after sparks flew when they had dinner and later hit the town in June 2018. Then in December the two got engaged after Ray popped the question while the couple were on vacation in Mexico.