A federal judge ordered President Donald Trump to turn over eight years of his personal and corporate tax returns to the Manhattan district attorney Monday.

Judge Victor Marrero denied Trump’s argument that sitting presidents are exempt from criminal investigations because of the Constitution, The New York Times reported. Trump’s lawyers are expected to appeal the decision in a continued attempt against disclosing his taxes.

Presidents are not above the law, Marrero ruled Monday, noting that Trump’s argument is “repugnant to the nation’s governmental structure and constitutional values.” The Manhattan district attorney (DA) subpoenaed Trump’s accounting firm in September amid an investigation on whether Trump and his company broke state laws when Michael Cohen, Trump’s former lawyer, made payments to adult film actress Stormy Daniels ahead of the 2016 election.

Daniels said she had an affair with Trump, but the president denies this. 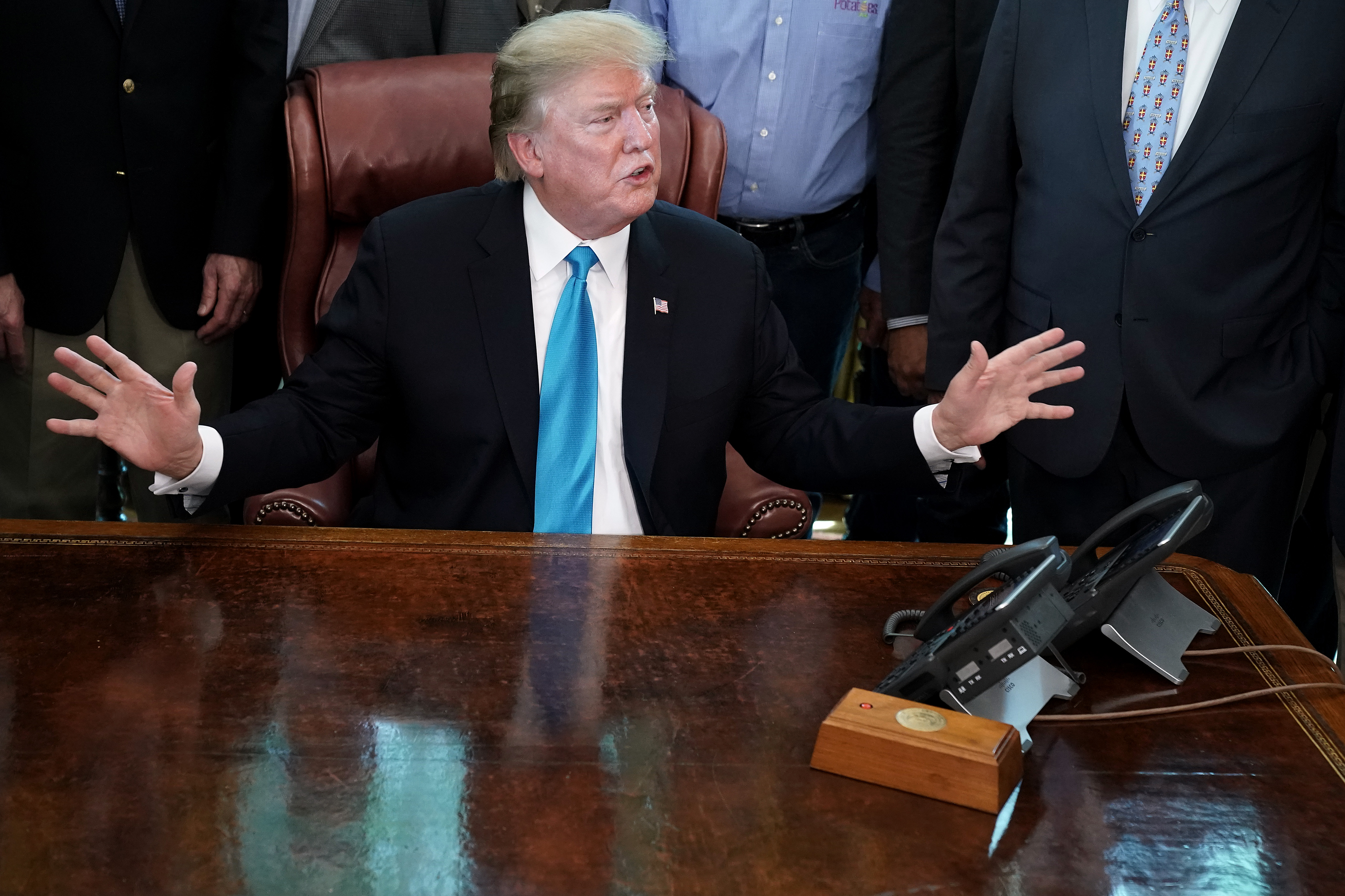 U.S. President Donald Trump poses for photographs with farmers and ranchers from across the country in the Oval Office at the White House May 23, 2019 in Washington, D.C. (Chip Somodevilla/Getty Images)

Meanwhile, Vance’s office has accused Trump of delaying the investigation, noting that a grand jury has the right to “pursue its investigation free from interference and litigious delay,” according to The NYT.

Congressional Democrats also subpoenaed Trump’s tax returns. They requested six years of his tax returns from the Treasury Department and financial records from various companies, including Trump’s accounting firm. The president has fought back in court against releasing the information. (RELATED: Trump Sues To Stop House From Getting New York Tax Returns Under New Law)

Trump said on Sept. 9 that he plans to release a detailed “financial report” before the 2020 election.