Acting Secretary of Homeland Security Kevin McAleenan tried to deliver a speech at Georgetown University Monday, but opted to walk out after immigration protesters repeatedly shouted at him and refused to let him speak.

McAleenan was slated to deliver his keynote speech to the Georgetown University Immigration Law and Policy Conference on Monday morning. The event, which was hosted by the nonpartisan Migration Policy Institute, included a number of officials who carry a background in immigration work, including Doris Meissner, who served as commissioner of the Immigration and Naturalization Service under the Clinton administration. 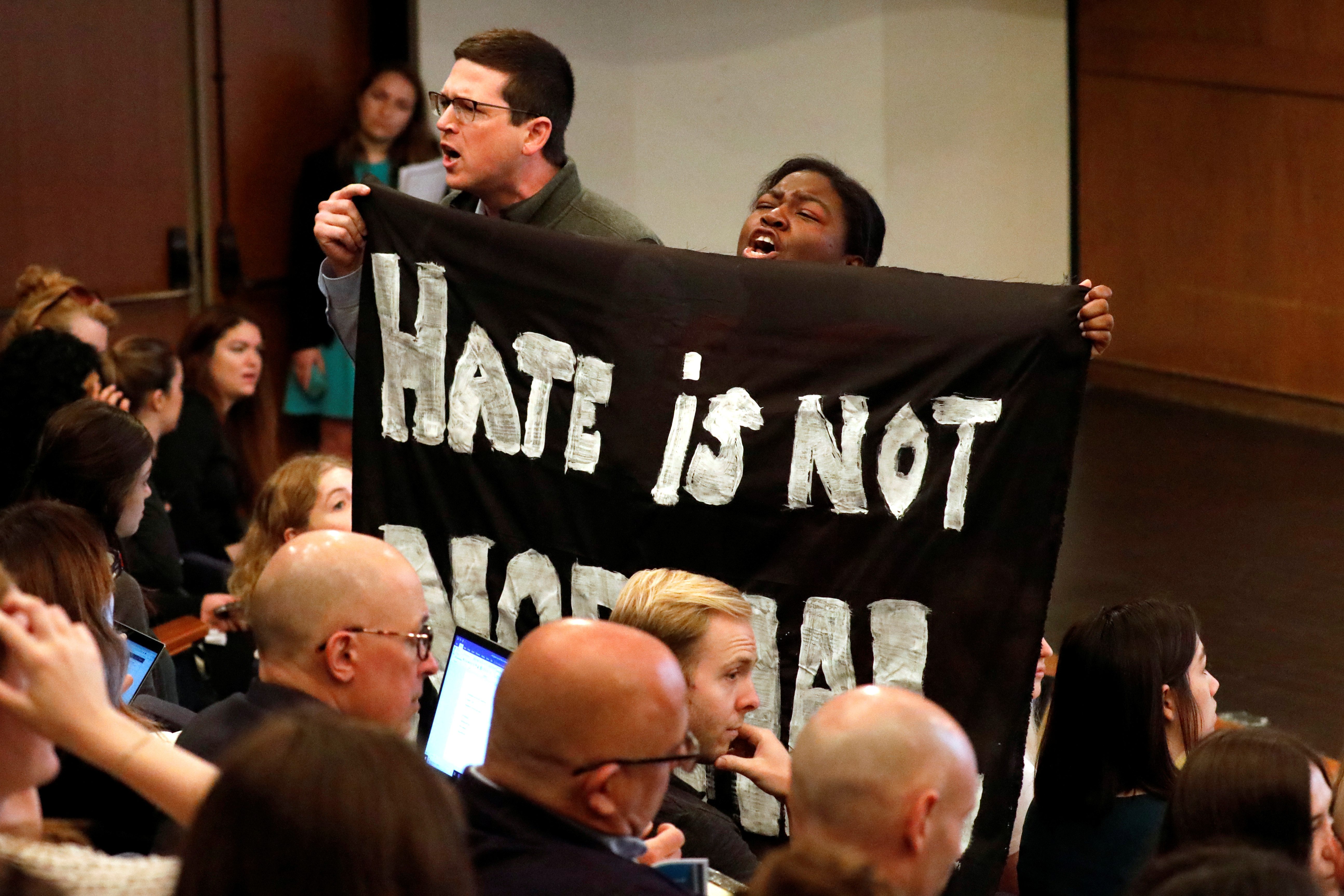 However, McAleenan was never able to speak. He was immediately shouted down by flag-carrying protesters when he walked to the podium.

“When immigrants are under attack, what do we do? Stand up, fight back!” the protesters screamed. The activists then began to name the children who have died at the border under the Trump admonition. The protesters held up a sign that read “hate is not normal.

There were attempts by organizers to quiet the protesters down and allow McAleenan a chance to speak. A spokesperson for the Migration Policy Institute said the activists were led by CREDO Action, a progressive organization.

“As a career law enforcement professional, I’ve dedicated my career to protecting the right to free speech and all the values we hold dear in America,” McAleenan said to the crowd. However, the crowd kept interrupting.

“Okay. Last time, team. A lot to cover today. There’s some very serious issues that we can talk about in candor, in a real dialogue, or we can continue to shout,” he said. “I would like to … talk about the challenges and efforts that we faced over the past year, but also given that this is an audience of immigration lawyers, advocates, and law students, to also talk about the fundamental issues we face  with the current legal framework and its ability to address –” he began again. (RELATED: ‘They Are Going To Keep Coming’: DHS Chief Explains Why Border ‘Integrity’ Is Needed)

People began to shout again, prompting McAleenan to say “okay, thank you. Have a good day,” and walked off stage.

The Department of Homeland Security later issued a statement about the incident, condemning the protesters for not allowing dialogue to take place.

“The First Amendment guarantees all Americans the right to free speech and assembly. Unfortunately that right was robbed from many who were scheduled to speak and attend today’s event at Georgetown. Unfortunately the Acting Secretary and the audience did not get the opportunity to engage in a robust dialogue this morning due to the disruptions of a few activists,” the statement read.

“The Acting Secretary thanked the organizers and returned to work protecting the Homeland and American values. Event attendees would have learned more about DHS’s successful strategy to work with international partners to reduce unlawful migration and end the exploitation of children by smugglers and cartels, and then they would have had the opportunity to participate in an unmoderated question and answer session,” the statement continued.