Over the weekend, Houston Rockets General Manager Daryl Morey sent out what would seem to the average person to be a pretty innocuous tweet: “Fight For Freedom. Stand With Hong Kong.”

Morey was voicing support for the ongoing pro-democracy protests taking place in the city. He certainly wasn’t expressing an uncommon opinion — American politicians on both sides of the aisle have also praised the historic protests. But China didn’t like Morey’s tweet. Presumably acting upon the demands of the Chinese government, Chinese businesses began pulling their NBA sponsorships, and Chinese broadcasters and streaming platforms threatened to stop airing NBA games altogether. (RELATED: The Threat From China Means Conservatives Must Rethink Industrial Policy)

The NBA acted quickly, issuing one statement in English apologizing to China for Morey’s “regrettable” statement and one statement “translated” into Mandarin, which articulated something entirely different, according to ABC News — that the NBA was “extremely disappointed” with Morey’s “inappropriate” tweet that “severely hurt the feelings of Chinese fans.” Two of Morey’s best players on the Houston Rockets, James Harden and Russell Westbrook, also came out and publicly apologized, insisting, “We love China.” 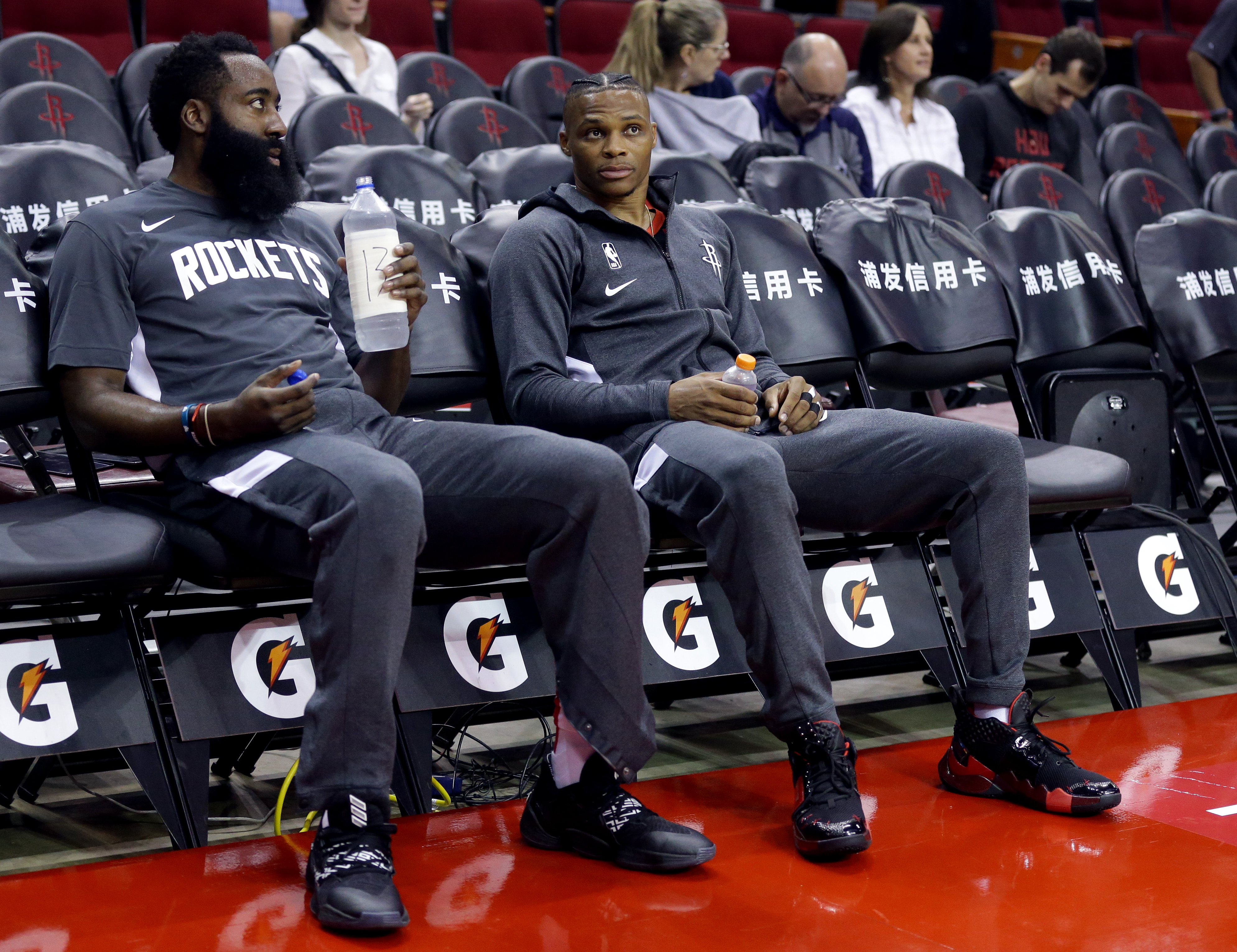 HOUSTON, TEXAS – SEPTEMBER 30: James Harden #13 of the Houston Rockets, left, and Russell Westbrook #0 sit in the bench during warmups before playing a pre-season game against the Shanghai Sharks at Toyota Center on September 30, 2019 in Houston, Texas. NOTE TO USER: User expressly acknowledges and agrees that, by downloading and/or using this photograph, user is consenting to the terms and conditions of the Getty Images License Agreement. (Photo by Bob Levey/Getty Images)

Morey, of course, deleted the tweet and did what is typically required of sinners against social justice here in the United States — he genuflected towards the powers that be, offered a humiliating apology, and all but begged for the preservation of his career. But in this case, Morey wasn’t sinning against social justice, he was sinning against the powerful Chinese government, a brutal authoritarian regime that imprisons, tortures, and murders political dissidents, religious minorities, and anyone who dares promote democracy. Troublingly, this dictatorial power now appears to extend even into the U.S., with Morey’s public admonishment likely to have a chilling effect on any future high-profile criticism of the Chinese regime. (RELATED: James Harden Apologizes To China Over Daryl Morey Tweets)

But while China’s actions were to be expected, the NBA’s response was far more surprising. After all, the NBA in recent years has been carefully working to craft the opposite brand — of a league committed to doing the right thing, to standing up against tyranny, to defending the rights of the downtrodden and the disenfranchised.

It was this supposed commitment that has led the NBA to increasingly throw its weight behind progressive political causes in recent years, most notably the transgender rights movement. In 2016, for example, in response to the passage of a bill in North Carolina which made public bathroom usage contingent on biological sex, the NBA helped lead a corporate bullying campaign against the state. Joining with companies like PayPal, Bank of America, and Adidas, as well as musicians like Ringo Starr, Bruce Springsteen, and Pearl Jam, the NBA threatened to boycott activity in North Carolina (in particular, pledging to move its All-Star Game from Charlotte), hoping that the economic blackmail would force the state government to repeal the legislation. Although the campaign was only partially successful, the league has since threatened to boycott other states over similar legislation.

However, as we are now seeing, it is much easier to jump aboard the crowded progressive bandwagon, criticize token conservative laws, and bravely face the applause of American elites than it is to face down a tyrannical Chinese regime when significant money is on the line. But while the NBA’s rapid capitulation this weekend in the face of Chinese pressure was discouraging, it was also a helpful reminder of the league’s true priorities. No matter what actions the NBA may take here in the U.S. to promote various issues, one can be sure their first concern is what it has always been: dollars and cents. After all, if league executives truly cared about seeing justice done, would they not stand up to one of the world’s most notorious human rights violators? 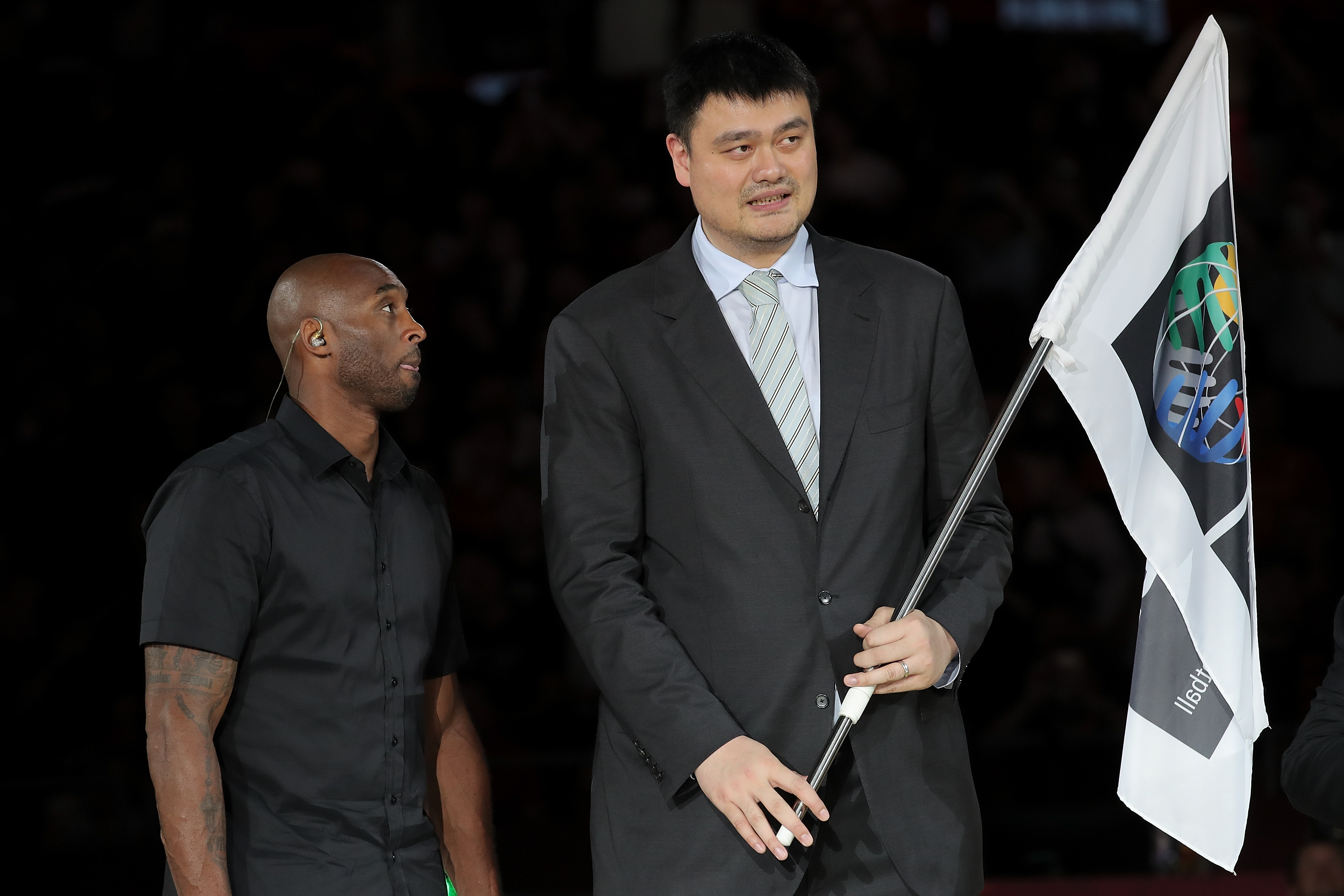 The NBA, of course, isn’t alone in all of this, even if this particular example of cowardice is glaring in its egregiousness. American corporations are increasingly marketing themselves as moral standard bearers of woke capitalism — rainbow-colored logos during “Pride Month,” public announcements of discontinued gun and ammunition sales after mass shootings, and even needlessly disavowing the American flag — but they are willing to embrace this newfound progressive morality only to a point. Profit is still the driving motivation. The HBO series “Silicon Valley” brilliantly mocks this by portraying tech executives constantly bragging about their primary motivation being to make the world a better place, only to see them succumb to avarice faster than you can say “buyout.” (RELATED: NBA Moves All-Star Game Out Of North Carolina Due To Bathroom Law)

Ultimately, these corporations are not loyal to their professed moral standards, or to American ideals about liberty and democracy, or even to basic human rights. They are loyal to earning a profit for their shareholders, or in the NBA’s case, its 30 team owners, and are willing to prop up even the most evil foreign governments to “earn” it.

Scratch a woke corporate progressive, find just another wealthy boss most interested in the bottom line. Perhaps we shouldn’t be so surprised in the end.