The acting commissioner of Customs and Border Protection said in a speech about the current immigration crisis that the Trump administration plans to build hundreds of miles of new border wall by the close of 2020.

“[Customs and Border Protection], with the help of the United States Army Corps of Engineers is continuing to provide the men and women of CBP what they have asked for to do the job of protecting this great nation on the frontlines,” CBP chief Mark Morgan said Tuesday during a White House press conference.

The administration has built 71 miles of “new” barrier on the southern border since President Donald Trump entered office, Morgan told reporters. That number, however, is just a fraction of what the White House wants completed by the end of Trump’s first term. Morgan said that the administration aims to complete roughly 450 miles of new border wall by the end of 2020.

“I’ll say it again: Walls work. Our agents know it and the data shows it,” Morgan continued on Tuesday. “Everywhere we have installed borders along the southwest border, agents gain more operational control, illegal drug and human smuggling activity declines, agent safety improves, and border communities are safer and more secure on both sides of the border.” 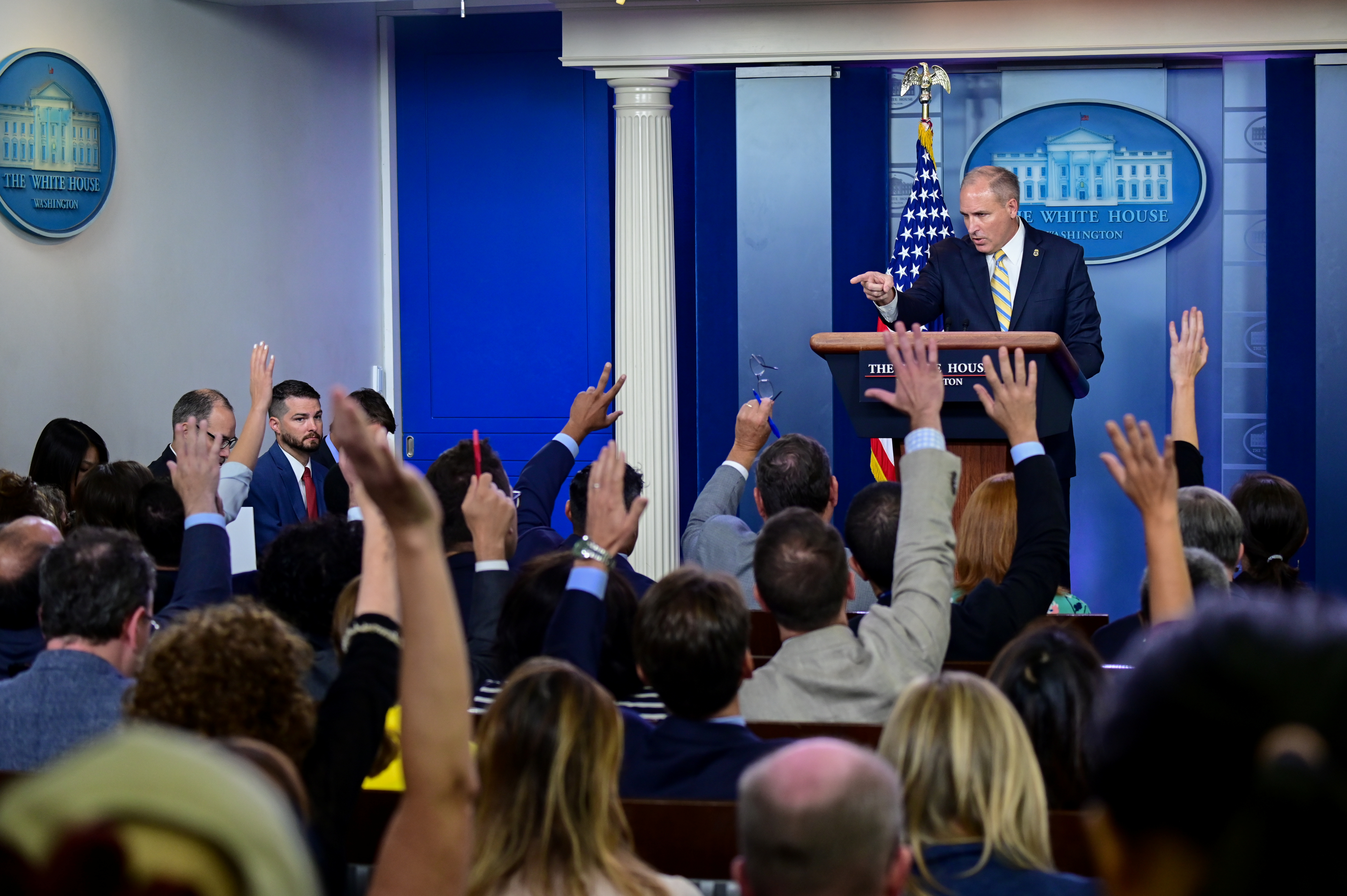 The completion of a massive border wall between the U.S. and Mexico would fulfill Trump’s most notable 2016 campaign promise, and he’s had to fight Congress and the courts to make progress.

Democratic lawmakers in late 2018 balked at the Trump administration’s requested amount for border wall funding. The dispute led to the longest government shutdown in U.S. history. When the shutdown finally ended in February, the president immediately declared an emergency at the border, allowing him to tap billions more in border wall funding from the military.

The declaration, however, has remained vehemently unpopular with congressional Democrats. Congress, with the help of some GOP support, has voted twice to end the order, but not enough lawmakers have joined to overcome Trump’s presidential veto power.

Democrats, environmentalists, and other progressive groups have repeatedly sued to block the Trump administration from building more border wall, or from tapping into military funds to pay for construction. The judicial battles, which have reached as high as the Supreme Court, have yet to completely stop the White House from building new wall.

The administration has since awarded numerous contracts to different construction companies to build barriers along the U.S.-Mexico border. 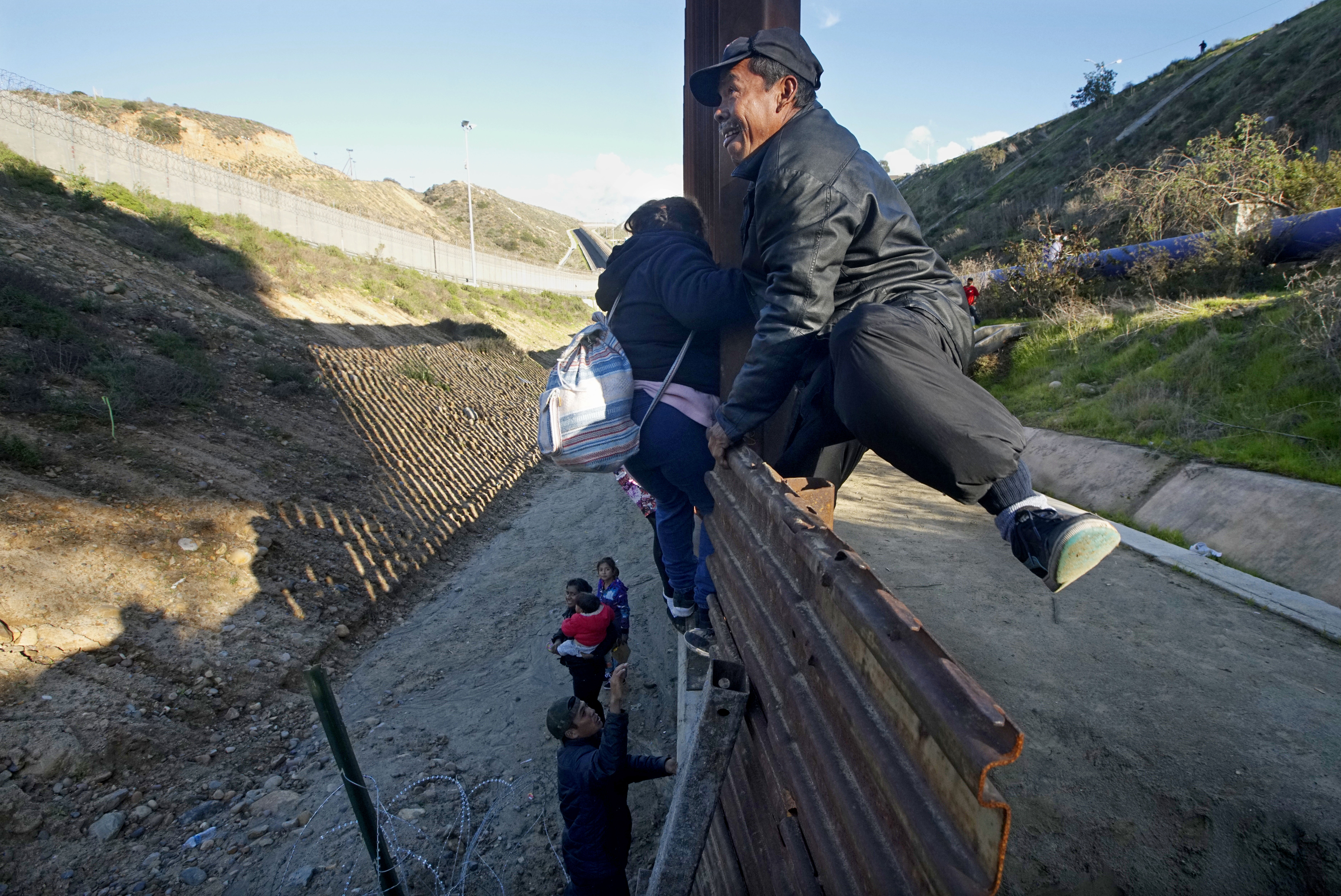 “The wall serves to impede and increase our ability to apprehend criminal illegal aliens before they make it into the interior of the United States. That is the truth,” Morgan said Tuesday. “And the wall gives CBP the opportunity to more effectively detect and prevent drugs from entering our country and killing our citizens. That’s why I always say, ‘Every town, every city, every state is a border town, border city, and border state.'”

While the CBP chief touted the “71 miles of new wall” during the press briefing, there remains a discrepancy on what “new wall” actually means.

The 71 miles of new wall replaced barriers that were already in place on the border, but Morgan made clear that the old walls were mostly vehicle barriers that stood just a few feet high and were easily permeable by migrants on foot.

“If you take a four-foot-high, you know, X-cross steel, you know, vehicle barrier, and you replace it with a wall system that’s 30-foot high, has an anti-climb plate to it, has lighting, technology, and access roads, make no mistake: From an agent out in the field perspective, a leadership perspective, and my perspective, that’s absolutely a new wall,” Morgan said. (RELATED: CBP Doles Out Contracts To Build Up To 65 Miles Of Border Wall)

“Now, if you want to differentiate between a new wall, where it replaced those dilapidated, unacceptable physical barriers and new linear miles, I think that’s the correct way to talk about that,” he continued.

Walls that are built in areas that had no existing walls whatsoever are known as “new linear miles.” Such walls are currently being built in the Rio Grande Valley in southern Texas.