“We take a much different approach to religious freedom than the prior administration did,” said the Department of Justice’s Eric S. Dreiband, assistant attorney general for the Civil Rights Division. (RELATED: Pence Says He’s Never Had A ‘Greater Honor’ Than Casting The Final Vote To Defund Planned Parenthood) 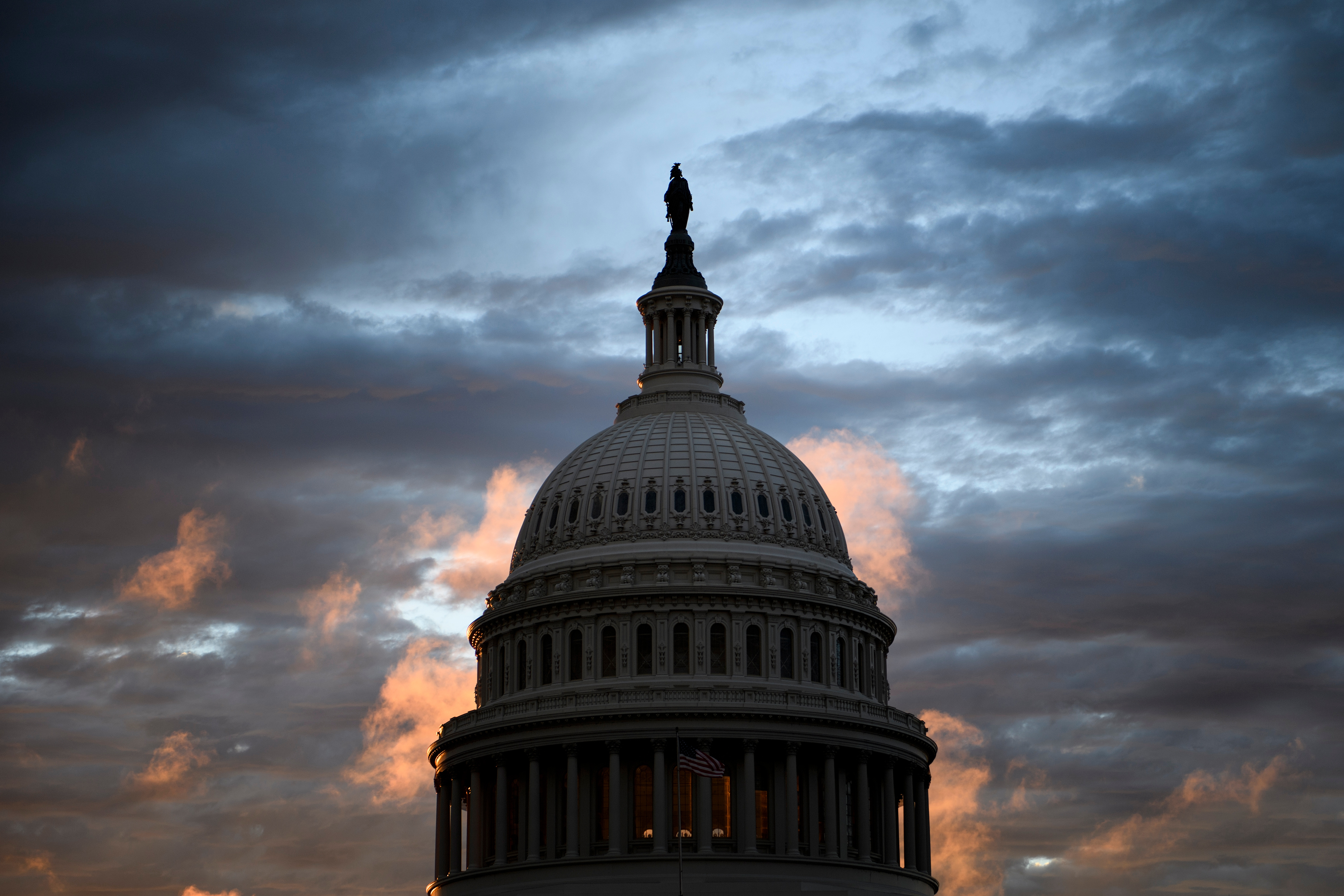 A view of Capitol Hill while voters across the United States participate in midterm elections Nov. 6, 2018 in Washington, D.C. (BRENDAN SMIALOWSKI/AFP/Getty Images)

HHS received about one conscience complaint per year throughout the eight years of the Obama administration, Severino said. HHS received 343 complaints related to a person’s moral beliefs in fiscal year 2018.

Severino said that this is because Americans realize that the HHS is “open for business” when it comes to religious liberty complaints.

Severino asked why there were so few violations during the Obama administration, suggesting amidst laughter that there may not have been a single conscience violation while Obama served as president.

“It’s one possibility, but I think the more logical one is we announced that we were open for business,” he said. “That you have these rights, we’re willing to enforce them. We’re there for you.”

“And people listened and people heard and people responded. And that is the reality,” Severino concluded.

The Department of Education took steps to lift a restriction Congress imposed that prevented historically black colleges and universities (HBCUs) from receiving loans from the federal government for any programs, activities or services related to religious worship, Rubinstein told listeners Tuesday.

The Department of Justice’s Office of Legal Counsel said in an August opinion the restriction is inconsistent with the Free Exercise Clause of the First Amendment.

“So we’re going to be taking appropriate action very, very soon,” Rubinstein said. He did not specify what course of action would be taken, but Trump announced in September that “from now on, faith-based HBCUs will enjoy equal access to federal support.”

Dreiband emphasized that dealing with hate crimes is one of “the most important things that we do at the Department of Justice.”

The Department of Justice continues to investigate these religious hate crimes and takes them “very seriously,” Dreiband said.

The Obama administration also attempted to force the Little Sisters of the Poor, a Catholic religious group of nuns who care for the poor, to provide contraceptives to their fellow nuns.

Severino joked that the Obama administration’s attitude was, “Nuns, you must help provide fellow nuns contraceptive coverage or you cannot serve the elderly poor in their dying days.”

“It was on pain of millions of dollars of fines if they would not follow the Obamacare contraceptive mandate,” Severino said, adding that Exxon and Pepsi were exempt from this mandate.

“And by the way, if you know anything about nuns, they’re not huge consumers of these services,” Severino added, amidst laughter.

The Little Sisters of the Poor won a Supreme Court case, Zubik v. Burwell, in May 2016, according to the Becket Fund, its legal representation. Zubik v. Burwell consolidated six cases from religious nonprofits who also protested the contraception mandate.

The Trump administration issued an October 2018 rule protecting groups like the Little Sisters of the Poor and offering alternative ways for women to obtain free contraception, Severino noted.

The Education Department, DOJ and HHS did not immediately respond to requests for comment.