Massachusetts Sen. Elizabeth Warren is pulling ahead of former Vice President Joe Biden, according to a polling average from RealClearPolitics.

This is the first time Biden has lost his lead since the beginning of the race.

RCP’s polling average on Tuesday has her besting the former Democratic front runner with 26.6% support for the presidential nomination, while Biden slips behind her at 26.4%. Vermont Sen. Bernie Sanders follows up with 14.6%. (RELATED: Liz Warren Is Already Negatively Impacting The Stock Market, Analysts Say)

Three of the last four polls used by RealClearPolitics show Warren beating Biden. An IBD/TIPP poll shows her at 27% compared to Biden at 26%. Quinnipiac has Warren at 29% vs Biden’s 26%. An Economist/YouGov survey taken last week has the Massachusetts senator at 26% with the former vice president getting 22%. 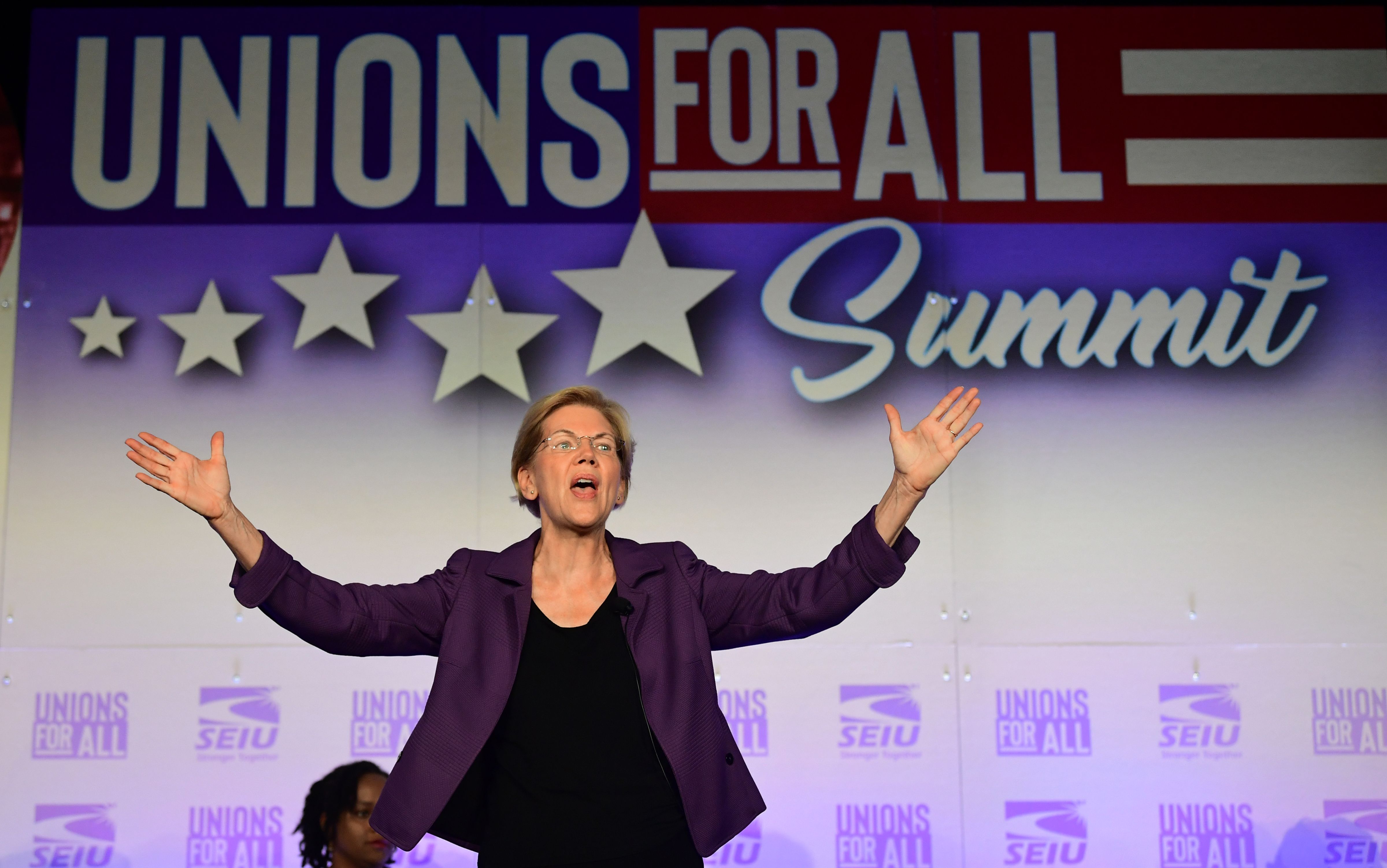 Warren’s campaign out raised Biden for the third quarter of the year. Biden only raised $15.2 million while Warren brought in $24.6 million. The senator also has an additional $25.6 million on hand, according to Politico.