The White House said in a blistering letter sent Tuesday to top House Democrats that officials in the executive branch will not cooperate with House Democrats’ “constitutionally illegitimate” impeachment inquiry of President Donald Trump.

In the letter, White House counsel Pat Cipollone accused Democrats of attempting to both overturn the results of the 2016 election and influence the outcome of the 2020 contest through their impeachment push.

“[T]he President cannot allow your constitutionally illegitimate proceedings to distract him and those in the Executive Branch from their work on behalf of the American people,” Cipollone wrote to House Speaker Nancy Pelosi and the chairmen of several House committees.

“The President has a country to lead,” he added.

Democrats opened the impeachment inquiry based on a whistleblower complaint filed against Trump on Aug. 12 over a phone call he had in July with Ukrainian President Volodymyr Zelensky. Democrats say that the complaint, and a transcript of the call, shows that Trump abused his office by pressuring Zelensky to open politically charged investigations in Ukraine, including one into whether former Vice President Joe Biden intervened in 2016 to help a Ukrainian energy company that had his son as a board member. (RELATED: Read The Whistleblower Complaint)

Trump has denied any wrongdoing and has described the phone call as “perfect.”

Democrats have called several current and former State Department officials familiar with Trump’s posture towards Ukraine to testify as part of the impeachment probe. Kurt Volker, who served until Sept. 27 as special envoy to Ukraine, gave a deposition to Congress on Oct. 3. 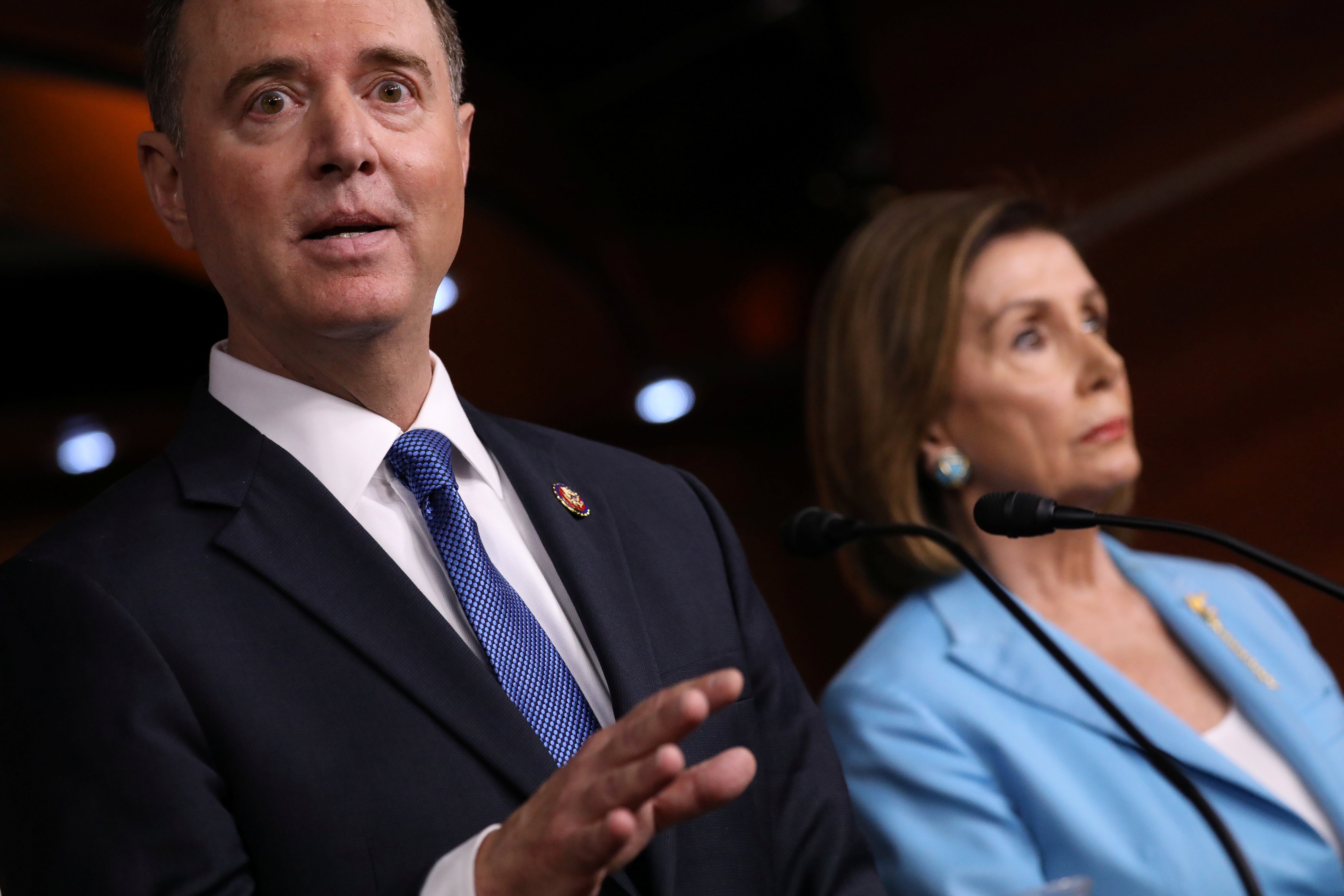 Gordon Sondland, the U.S. ambassador to the European Union, was scheduled to appear for a deposition Tuesday, but the White House intervened to say he could not appear.

In his letter, Cipollone accused Democrats of depriving Trump of his right to cross-examine witnesses, call witnesses of his own, review evidence and have his attorneys take part in the impeachment proceedings.

“You have conducted your proceedings in secret,” he wrote. “Never before in our history has the House of Representatives — under the control of either political party — taken the American people down the dangerous path you seem determined to pursue.”

“[T]he American people understand that Chairman Schiff cannot covertly assist with the submission of a complaint, mislead the public about his involvement, read a counterfeit version of the call to the American people, and then pretend to sit in judgment as a neutral ‘investigator,'” wrote Cipollone.

“Given that your inquiry lacks any legitimate constitutional foundation, any pretense of fairness, or even the most elementary due process protections, the Executive Branch cannot be expected to participate in it,” he added.