Oklahoma Sooners quarterback Jalen Hurts is apparently the most tweeted about Heisman candidate in America.

The dual-threat quarterback for Oklahoma is the most talked about player for the award and led the way in 30 states, according to Twitter data compiled by bettingapps.org.

Tua Tagovailoa was the top talked about guy in 8 states and Justin Fields was the top option in 7 states. Check out the entire map below. (RELATED: David Hookstead Is The True King In The North When It Comes To College Football) 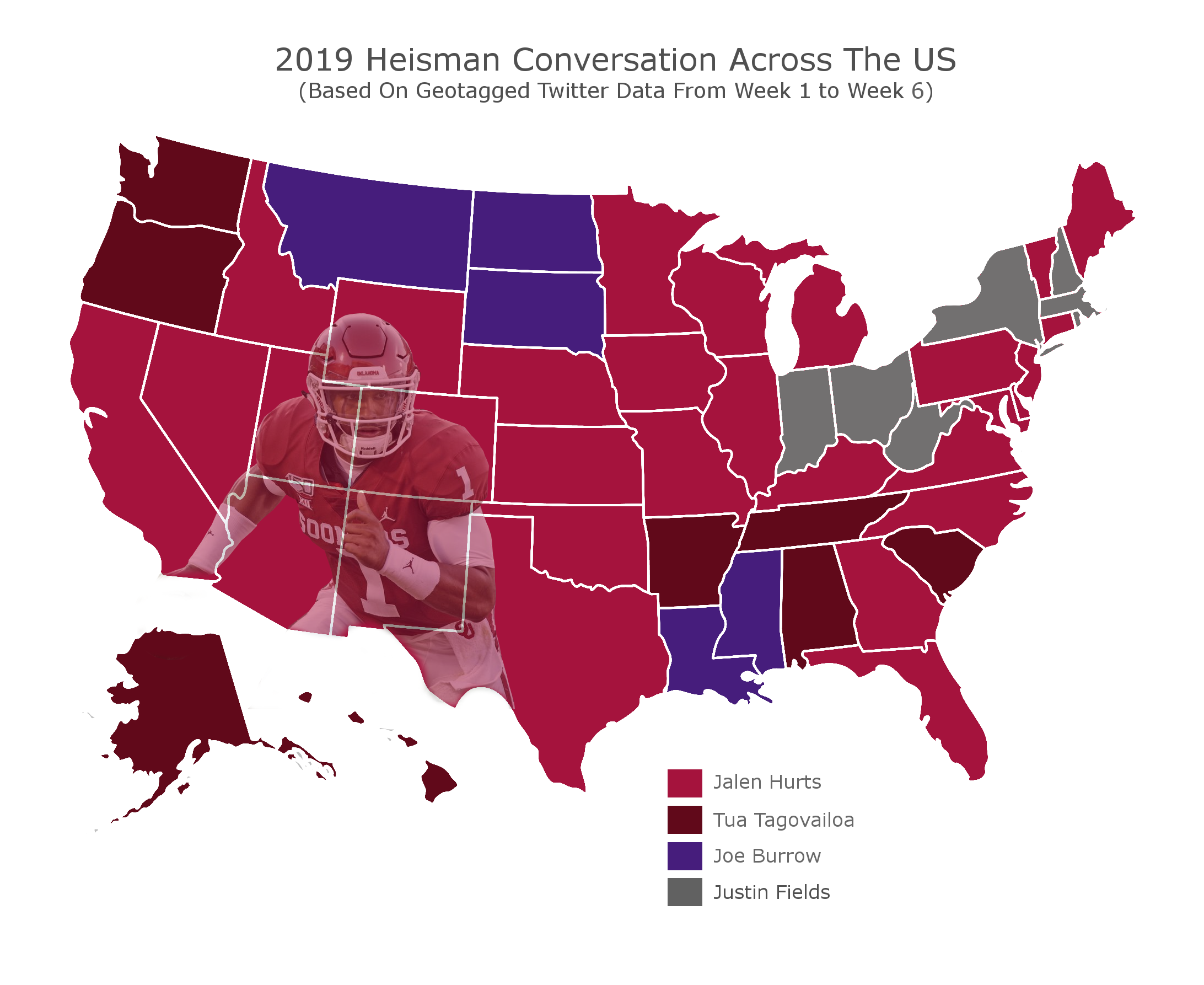 These results are a shade surprising to me. I thought Tua would have been at the top for sure. It’s not that Oklahoma isn’t a national brand or that Hurts isn’t awesome.

He’s a great quarterback and the Sooners are undefeated. However, let’s not pretend like Alabama isn’t a more noteworthy program at the moment.

They’re the best team in the SEC, and are a more likely title winner than the Sooners.

Now, having said that, Hurts has had one hell of a great season so far. He’s been a dominating presence on the field.

The Sooners haven’t dropped off at all without Murray. In fact, this team might be even better than the one from last season.

We’ll have to see what happens down the stretch. Tua is likely going to win the Heisman as long as Alabama keeps winning and he keeps dominating.

The Sooners getting three winners in a row is a bit absurd, and I’m not betting on it happening. Again, Hurts is a baller, but this is likely Tua’s show right now.