The Rockets are the only NBA team absent from Nike’s Chinese home page for NBA apparel. The other 29 teams are all featured on the page.

As of Sunday — the same day NBA Commissioner Adam Silver apologized to China for Morey’s Oct. 4 tweet — the Rockets were still featured on the list of teams, according to the Internet Archive’s Wayback Machine.

Nike China’s home page for Rockets apparel disappeared from the site as well, as first pointed out by sports blog FadeAway World. Nike is the NBA’s official apparel partner.

A Nike spokesman reached on the phone instructed the Daily Caller News Foundation to submit a request for comment via email. “I won’t have any answers for you, but if you send an email I’ll send that over to the right team,” the spokesman said, when pressed on why he couldn’t take any questions.

Links to other Rockets’ gear remain down on Nike China, and the Rockets are still the only team on the site without a direct link from the NBA home page. 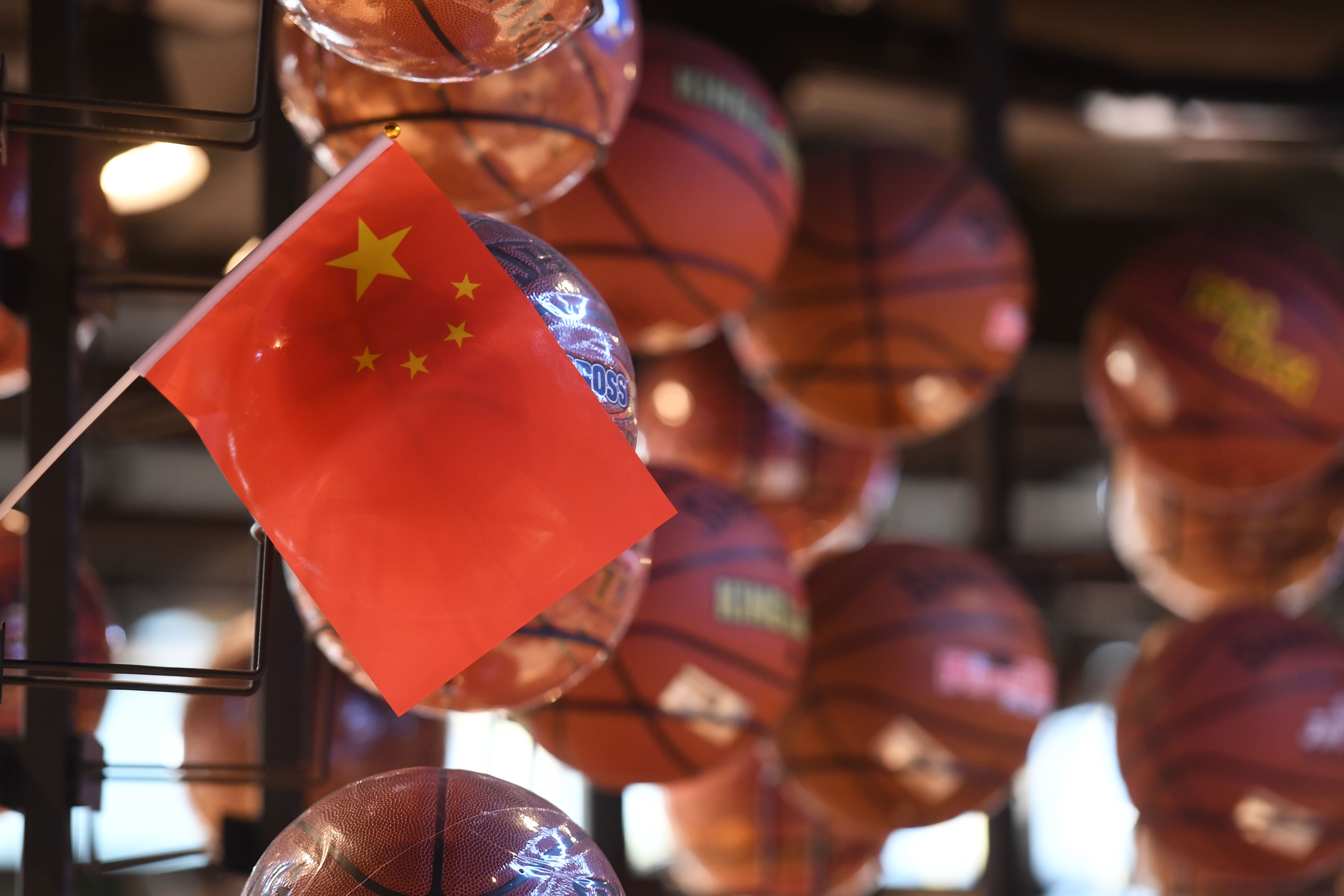 The Chinese flag is seen with a display of basketballs in the National Basketball Association (NBA) store in Beijing on Oct. 9, 2019. (GREG BAKER/AFP via Getty Images)

Nike previously faced criticism after removing a shoe line in June, in response to the shoes’ designer expressing support for Hong Kong protesters.

China’s communist government, which is known to enlist private companies in censoring anti-regime messages, has taken steps to penalize the NBA for Morey’s tweet, despite Silver’s apology. (RELATED: Elite American Institutions Keep Bowing To Communist China… Over And Over Again)

Eleven Chinese companies severed their partnerships with the NBA in response to Morey’s tweet.

China also cancelled plans to broadcast two NBA pre-season games scheduled to take place in the communist country. China’s state TV network, which was slated to air the games, issued a statement saying it was “extremely dissatisfied” with the NBA’s response to Morey’s tweet.