The U.S. military has custody of two British prisoners accused of playing a role in an Islamic State cell that tortured and killed Western hostages, including American journalist James Foley, U.S. officials said.

El Shafee Elsheikh, 31, and Alexanda Kotey, 35, are two of four members of a British cell ISIS put in charge of Western hostages, The New York Times reported Wednesday. Their British accents led hostages to nickname the cell “the Beatles.” The cell’s victims included Foley, an American journalist beheaded as part of an ISIS propaganda video in 2014.

In case the Kurds or Turkey lose control, the United States has already taken the 2 ISIS militants tied to beheadings in Syria, known as the Beetles, out of that country and into a secure location controlled by the U.S. They are the worst of the worst! 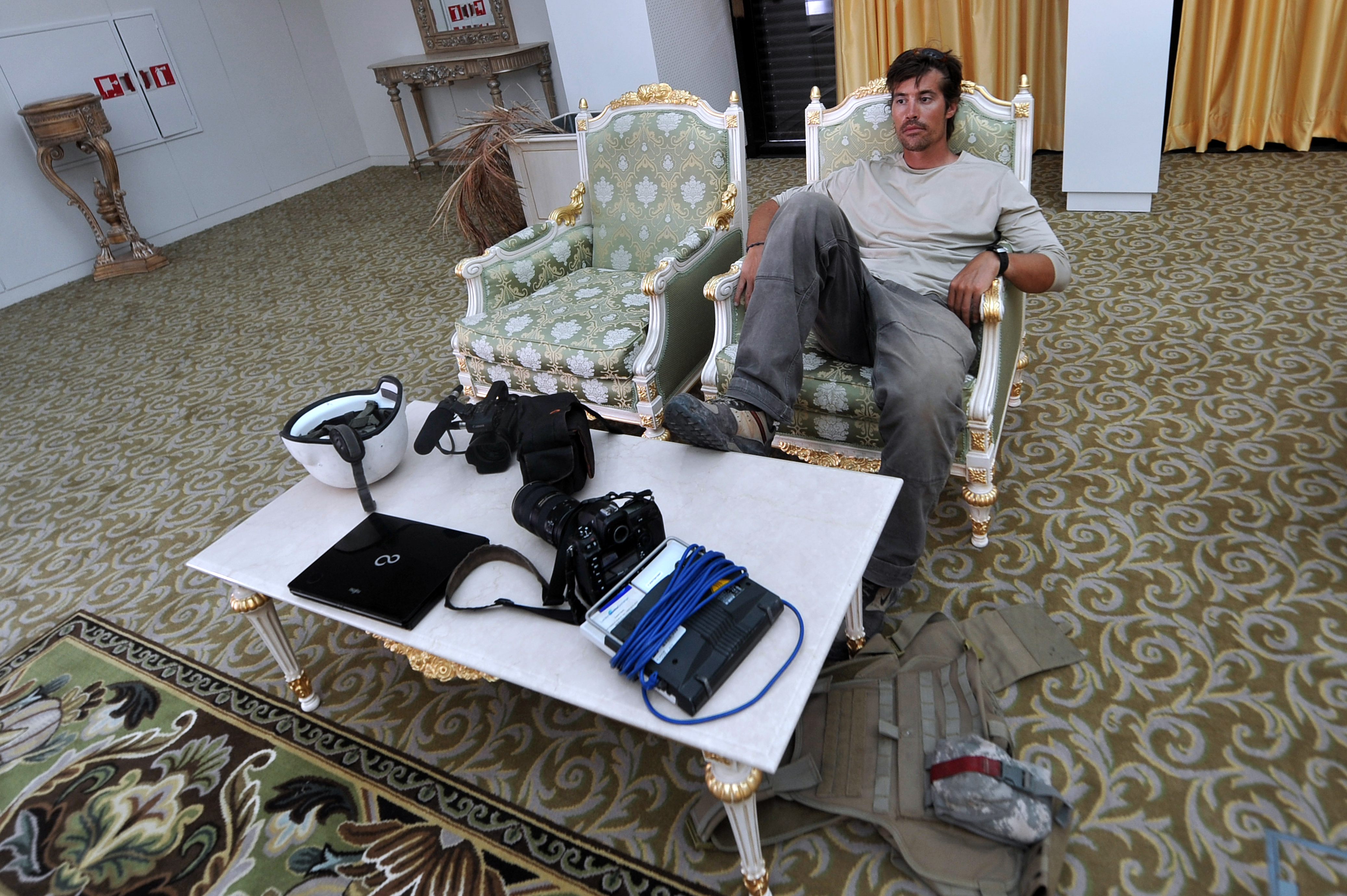 A photo taken on Sept. 29, 2011 shows US freelance reporter James Foley resting in a room at the airport of Sirte, Libya. (ARIS MESSINIS/AFP/Getty Images)

The Justice Department is aiming to bring the two men to the U.S. for a trial in Virginia. The plans have been delayed over a lawsuit Elskeih’s mother filed over whether the British government can share evidence with the U.S. because the country has not given assurance that prosecutors won’t seek the death penalty, according to The NYT.

Britain has already shared witness statements with the Justice Department but will likely need further testimony from British officials. The U.S. military took the British men to a base in Iraq, an official said, WaPo reported.

The men had been held in Syria where they were guarded by Kurdish forces under threat from Turkey following President Donald Trump’s decision Sunday evening to pull American troops from the country, U.S. officials said according to WaPo. The two are part of several dozen prisoners the U.S. military is taking custody of.

Elsheikh and Kotey were at the top of a long list of ISIS prisoners that America had concerns about, officials said according to The NYT. Britain did not prosecute them and instead stripped the two men of their citizenship. Because of this decision, the U.S. ultimately decided to prosecute Elsheikh and Kotey in civilian court after gaining enough evidence.

Another option was to send the men to Guantanamo Bay in Cuba and hold them indefinitely without trial, according to The NYT. However, the legal ramifications and transfer restrictions imposed by Congress made that decision unlikely.