Republican South Carolina Sen. Lindsey Graham got duped by a prank phone call from two Russians and told them the Kurds were a “threat to Turkey” in August.

Graham apparently thought he was speaking to Turkish Defense Minister Hulusi Akar in the two phone conversations, according to Politico. In reality, he was giving information to Alexey Stolyarov and Vladimir Kuznetsov, Russian pranksters who some believe are linked to Russia’s security services. They are known for calling Western politicians and gaining information from unsuspecting lawmakers.

“We have been successful in stopping many efforts to prank Senator Graham and the office, but this one slipped through the cracks,” Kevin Bishop, Graham’s spokesman, told the Daily Caller News Foundation. “They got him.”

Graham unknowingly spoke to Stolyarov and called the Kurds a “threat” to Turkey. The statement apparently contradicts Graham’s comments Wednesday, when he criticized Trump’s decision to pull American troops from Syria, tweeting that the decision will bring back the Islamic State.

“Your YPG Kurdish problem is a big problem,” Graham said, according to a recording of the call obtained by Politico. “I told President Trump that Obama made a huge mistake in relying on the YPG Kurds. Everything I worried about has come true, and now we have to make sure Turkey is protected from this threat in Syria.” 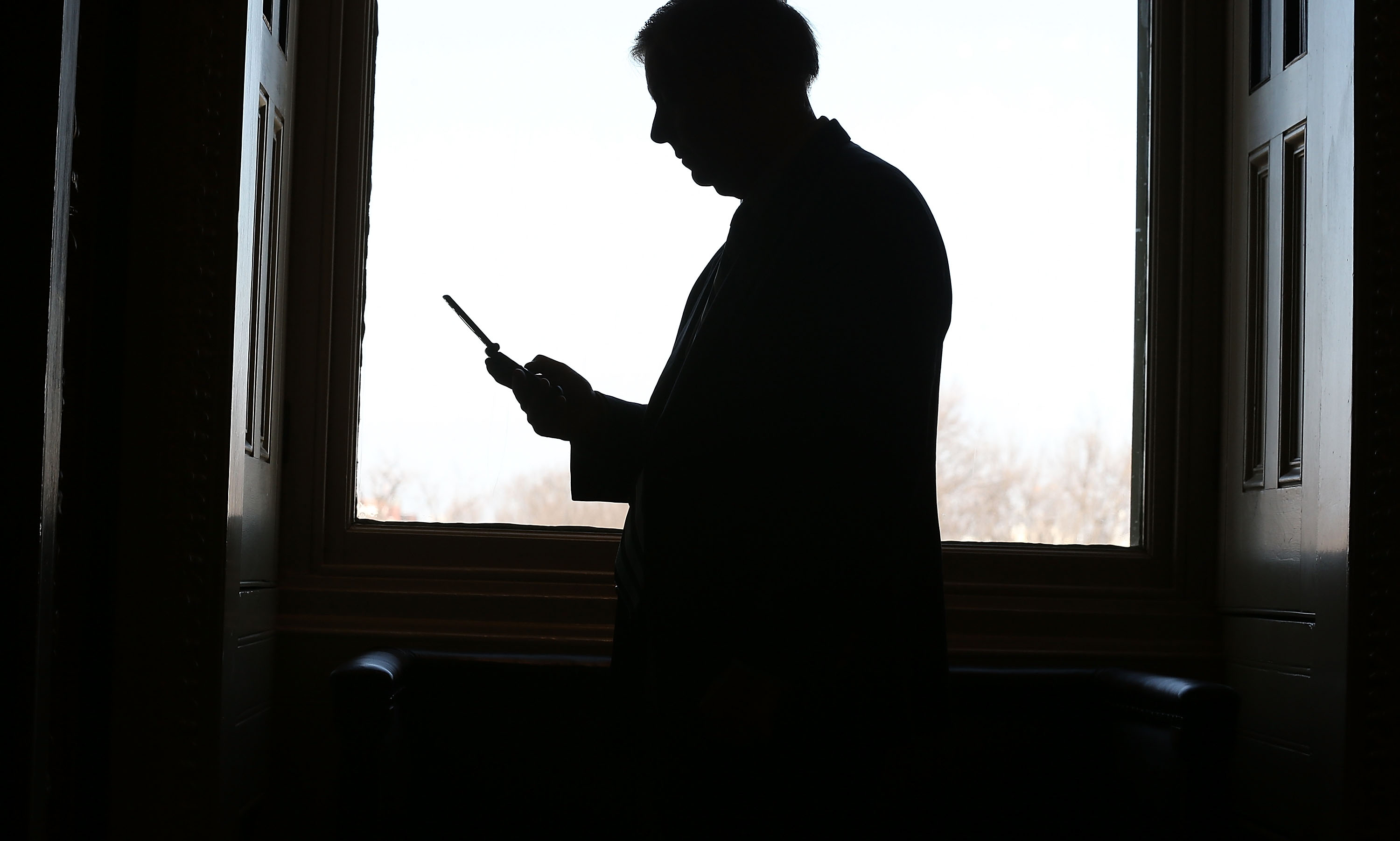 Senator Lindsey Graham talks on the phone at the Capitol. (Alex Wong/Getty Images)

The senator also talked about President Donald Trump’s interest in a “Turkish bank case,” which likely refers to an American case involving a client of Trump’s personal lawyer Rudy Giuliani, Politico reported. Reza Zarrab, the Iranian-Turkish gold trader in question, was accused in 2016 of laundering “billions of dollars-worth of Iranian oil proceeds” and ultimately creating a slush fund for Iran, Politico reported.

Turkish President Recep Tayyip Erdogan reportedly tried to get the U.S. to release Zarrab in 2016 in an attempt to avoid revealing corruption, The Washington Post reported. Graham suggested Trump would try to help the situation during the phone call to the pranksters.

“I think President Trump likes President Erdogan. I think he’s a strong man and we need to deal with strong people,” Graham said.

The two pranksters spoke to Graham again a few days later and the lawmaker noted he spoke to the president regarding their first conversation. At this time, Graham apparently still believed he was speaking to the Turkish defense minister. (RELATED: Here’s What Republicans Are Saying About Trump’s Decision To Pull Troops From Syria)

Graham noted in the second phone call that America wants “a better relationship with Turkey,” adding that Trump “wants to be helpful, within the limits of his power” regarding the Zarrab case.

“He has been clear he wants a stronger relationship and often talked about the importance of maintaining peace in northern Syria to prevent the reemergence of ISIS,” Bishop said in a statement, according to Politico. “With Turkey’s invasion into northern Syria the drive for better relations between our two countries has suffered a body blow.”

“Turkey should immediately withdraw their military forces and America should reinstitute the safe zone concept to keep the peace in the region. Until this is done, Senator Graham will continue to push for severe, biting sanctions against Turkey.”

Bishop also referred the DCNF to audio of the phone call.