With Iraq engulfed by mass protests, Russian Foreign Minister Sergei Lavrov’s first visit to the country since 2014 went mostly unnoticed. It didn’t help that Moscow’s top diplomat revealed little about his conversations with his Iraqi counterparts — a fact that the Russian press interpreted as a sign that that they had discussed sensitive issues such as new arms deals and Turkey’s intervention in northern Syria.

Sixteen years after the start of the Iraq War, Russia is making significant inroads in the country that the Bush administration hoped would become a pro-American democratic outpost in the Middle East. Although Lavrov’s trip to Iraq didn’t generate many headlines, Russia’s arms sales and oil acquisitions over the past several years have made a loud statement about Moscow’s growing clout.

But Russia is not the only emerging player in Iraq. China has spent more than a decade building up a major economic presence in the country. Beijing is now Iraq’s largest trading partner and oil customer. Late last month, Iraq Prime Minister announced that his country would be joining China’s One Belt One Road Initiative – a global infrastructure network spearheaded by Chinese President Xi Jinping to increase Beijing’s economic influence. 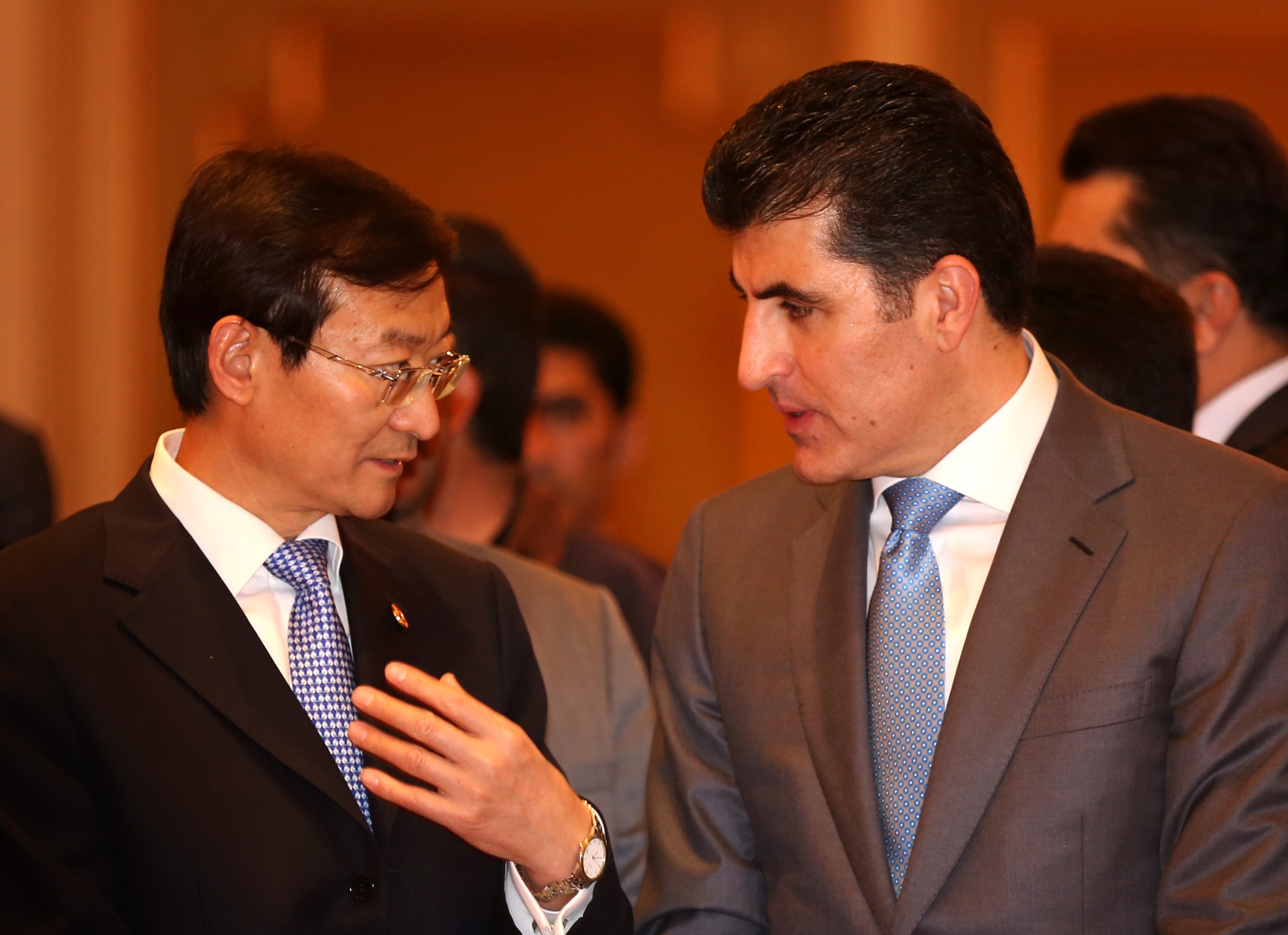 During his trip to Iraq, Lavrov stopped by not only in Baghdad, but also in Erbil – the capital of Iraq’s Kurdistan region. This was no mere coincidence. Iraqi Kurdistan in recent years has become a Russian oil stronghold. In 2017, Russian state oil conglomerate Rosneft spent several billion dollars to develop five exploration blocks and to gain control of the region’s main oil pipeline. This influx of cash helped save the debt-ridden Iraqi Kurdistan from financial ruin. (RELATED: ROPEC? Saudis Look To Build New Oil Cartel With Russia)

It also gave Rosneft immense political leverage in the region – one that even the government in Baghdad could not ignore. After Kurdistan held an independence referendum in September 2017, the Iraqi central government sought to reassert control over the region. Rosneft’s control of the main pipeline in Kurdistan, however, made it the key power-broker in the region. Consequently, with negotiations between Baghdad and Erbil underway, both sides have little choice but to look to the Russian oil giant as a mediator.

Kurdistan is not the only region where Russian oil companies are major players. In 2018, Russian investments in the Iraqi energy sector was valued at over $10 billion. Russian firms have had enormous success in buying up Iraqi oil-fields, sometimes even beating out rival American companies.

The Iraqi Ministry of Oil last month awarded a contract to explore fields in Anbar province, which are believed to contain between two and four billion barrels of oil reserves, to a Russian company sanctioned by the United States.

Beyond oil, Iraq is increasingly equipping its armed forces with Russian weaponry. Moscow and Baghdad in 2012 signed a $4.2 billion arms deals package which included 48 Pantsir-C1 anti-aircraft missile systems and 40 Mi-28NE attack helicopters. For Russia, the agreement was the third largest arms purchase since the collapse of the Soviet Union and made it the second largest weapons provider to Iraq after the United States.

Iraq also provided assistance to Russia’s military intervention in Syria. Early into Moscow’s campaign, Iraq granted the Russian air-force permission to use its airspace to launch strikes into Syria. Russia and Iraq, together with Iran and Syria, also established a “joint information center” in 2015 for the four countries’ militaries to exchange intelligence about Islamic State militants. (RELATED: State Forced To Import Gas From Russia Named Most Energy Efficient In The Country)

When the Islamic State launched its offensive into northern Iraq in the summer of 2014, the government in Baghdad bought $500 million worth of Su-25 fighter jets from Russia to help fend off the attack. During the first half of last year, Russia delivered 73 T-90S tanks to Iraq as part of 2017 deal valued at more than $1 billion.

Iraq has even publicly signaled its interest in acquiring Russia’s S-400 air-defense system on several occasions. Should Baghdad ever go through with the purchase, it would be a shocking act of defiance to Washington – which has adamantly called upon its allies not to buy the S-400 and recently expelled Turkey from the F-35 fight jet program for doing so. 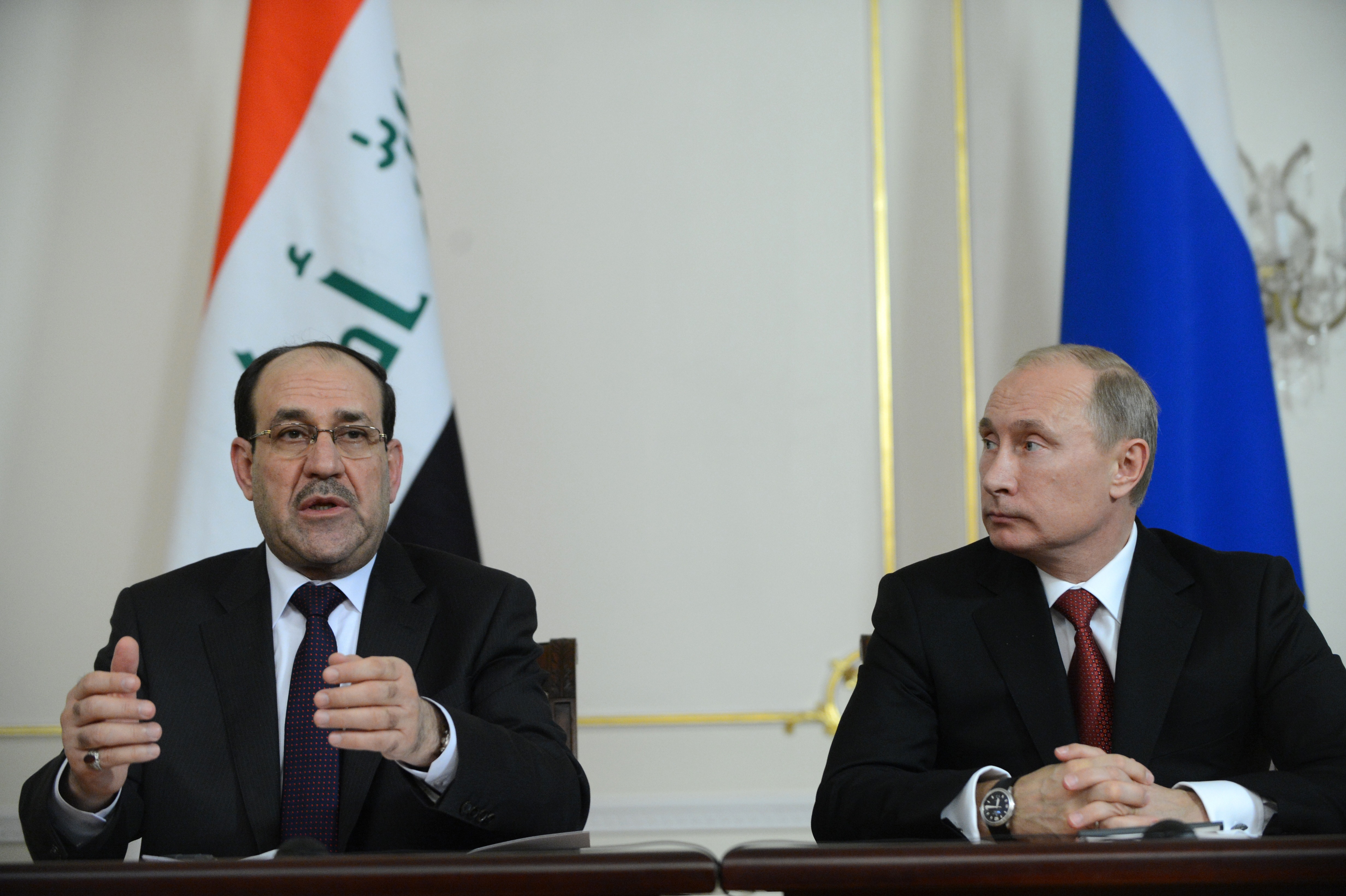 While China’s involvement in Iraq lacks Russia’s military dimension, its economic presence in the country is even bigger than that of Moscow. After the collapse of Saddam Hussein’s regime, Beijing made a vigorous push to obtain some of Iraq’s vast oil wealth. Chinese state energy companies invested more than $2 billion each year to acquire Iraqi oilfields, and imported hundreds of workers from China to help extract the reserves below. Unlike their American counterparts, Chinese firms accepted the new government in Baghdad’s stringent regulations because they prioritized access to oil supplies over profits. (RELATED: OPINION: China Subtly Plays The Iran Card)

China’s investment into the Iraqi oil industry has payed off handsomely. By 2013, Chinese firms owned nearly one third of Iraq’s oil fields. Today China is Iraq’s largest trading partner, and Iraq is China’s second largest oil supplier. Beijing is also receiving geopolitical benefits from its energy ties with Baghdad – in 2015 the two countries elevated their relationship to a ‘strategic partnership.’

While Sino-Iraqi relations have long centered around oil, there are signs that China could soon take on a more ambitious role in Iraq’s economy. Iraqi leadership is actively courting China to finance reconstruction projects in the war-torn country. The interest appears to be mutual. With Iraq’s recent decision to join the One Belt One Road Initiative, the China Export and Credit Insurance Corporation has agreed to provide Baghdad with $10 billion for infrastructure projects.

So, who has been the biggest beneficiary of the Bush administration’s decision to invade Iraq? It’s admittedly a difficult question to answer, but there’s a strong case to be made that arms contractors and oil traders in Moscow and Beijing gained far more from the debacle than ordinary Americans and Iraqis.