“It’s an honor to be here, especially standing with our brothers and sisters in Immigration Enforcement, along with my fellow sheriffs,” said Tarrant County, Texas, Sheriff Bill Waybourn during a White House press conference Thursday. “And let me just be clear about this, is that the narrative of trying to go after ICE and immigrations is very much like the narrative that was used against our Vietnam returning soldiers.”

The press conference, spearheaded by acting ICE Director Matthew Albence, blasted critics of federal immigration enforcement, and took particular aim at a recent court ruling that restricts how ICE can do its job.

“They’re eviscerating honorable people doing noble things, standing on the wall between good and evil for you and me. And if these people want to change things, Capitol Hill is down the street,” he continued. 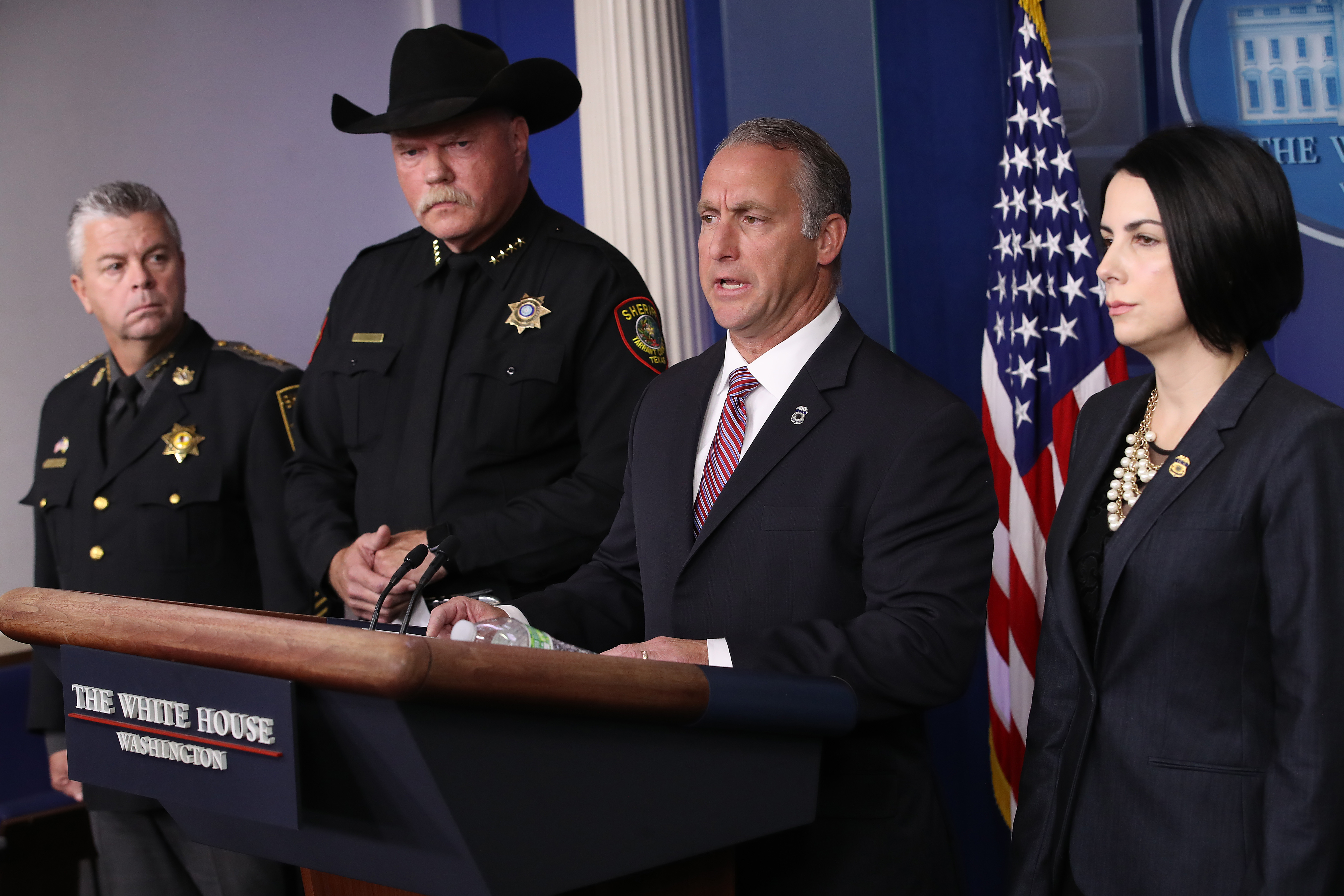 The U.S. District Court for the Central District of California handed down a permanent injunction Sept. 27 against ICE’s sole reliance on a certain database when making detainer requests to local law enforcement officials. The ruling dealt a serious blow to how the agency can locate and apprehend criminal illegal aliens.

Albence on Thursday said the decision was an example of “judicial overreach,” and that it will ultimately “threaten public safety, as it will lead to the release of criminal aliens back onto the street — criminals that we won’t find before they hurt or, worse, more innocent victims — victims that could have been spared their pain and suffering if only ICE had been allowed to do its job.”

Waybourn broke down how the decision could negatively impact the country.

Tarrant County holds roughly 4,200 inmates, according to Waybourn, and of those in custody, 7% were deemed to be illegal aliens. The sheriff said many of those illegal aliens were booked for serious crimes, such as murder, sexual assault of children, robbing, kidnapping, and other offenses. Seventy-two percent of those in custody, he said, were repeat offenders. (RELATED: ‘That’s Another Myth’: ICE Chief Responds To Reporter’s Question About Deportation)

“And out of that, you know, you think about that, if we returned them with this radical ruling out of California, where you have a federal judge making law for the nation, or attempting to, it will put our communities in jeopardy,” Waybourn said.