Trying to explain this weekend’s Polish elections to an American, or a Western European, is an arduous endeavor. The ruling party, PiS, is conservative. “Ah, yes,” the knowing Westerner nods. “A small state. Low taxation. Spending cuts.”

Actually, no. If anything, PiS (Law and Justice) favors more economic redistribution than its liberal opponents PO (Civic Platform). Major planks of its campaign have been the “500+” benefit scheme and a radical raising of the Polish minimum wage.

This is not unique in Central and Eastern Europe. Viktor Orban, in Hungary, offered sweeping tax and loan benefits to Hungarian parents in the run-up to his victorious European electoral campaign. As Reuters reported:

Women below 40 who marry for the first time will be eligible for a 10 million forint ($36,000) subsidized loan, Orban said. A third of the debt will be forgiven when a second child is born and the entire loan waived after the third child. 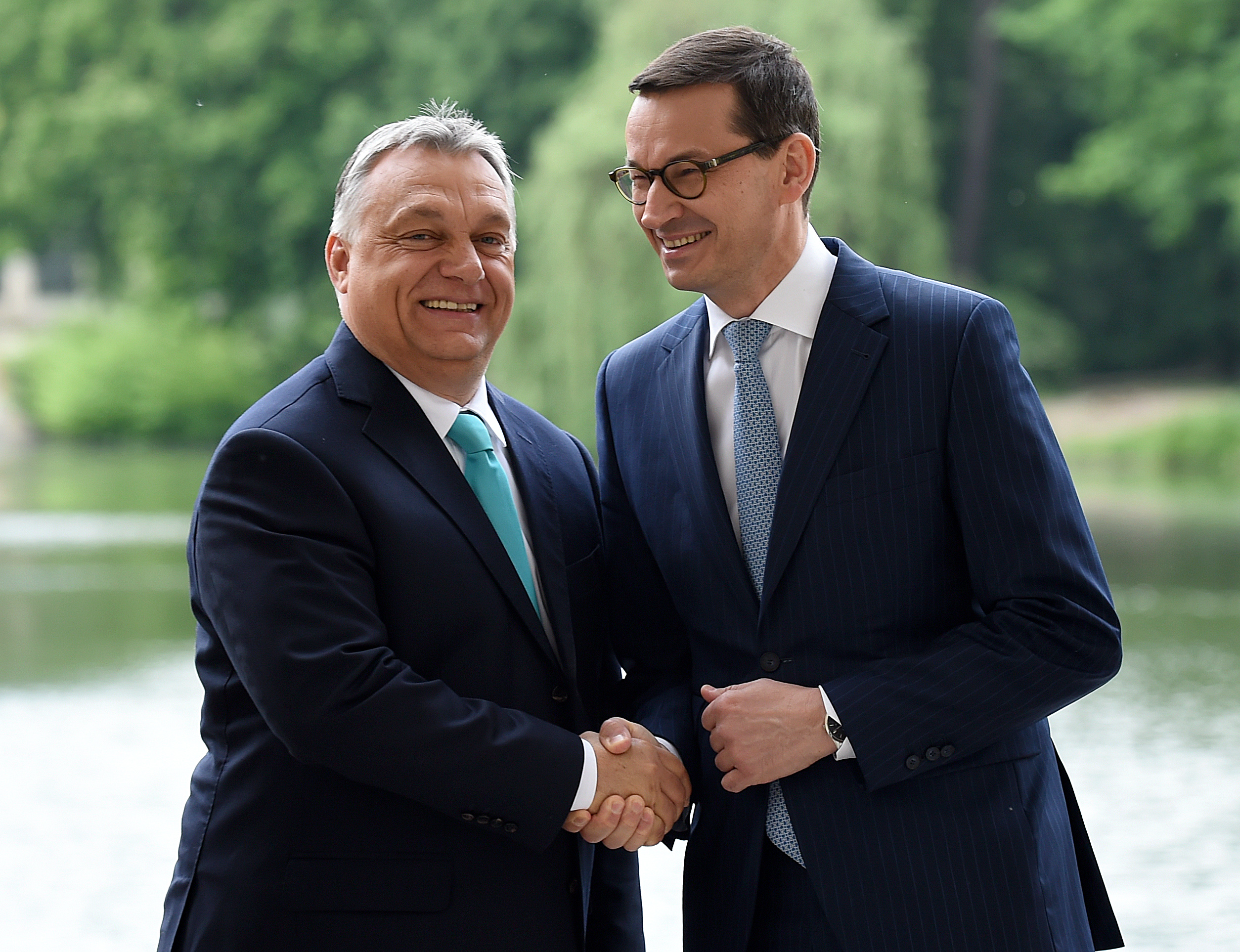 Polish Prime Minister Mateusz Morawiecki shakes hands with Hungarian Prime Minister Viktor Orban (L) during a meeting on May 14, 2018 at the Palace on the Isle in Warsaw’s Lazienki Park. (Photo by JANEK SKARZYNSKI / AFP)

The policy goals of these initiatives are to combat child poverty and raise these nations’ flagging birth rates. Undeniably, though, electoral calculation has also been a factor. These promises are meant to be popular, and they have been. PiS looks set to secure its second term in office, while Orban triumphed in the 2018 parliamentary elections as well as the 2019 European elections. Doubtless, critics would point to other factors, like their influence on the state media, but they would not announce redistributive policies before elections if they were not effective. As Slawomir Sierakowski wrote for Foreign Policy: (RELATED: Bizarre Ad Begs Polish Citizens To Breed Like Rabbits)

The picture that emerges [in our] analysis is not one of voters naively following the dictates of party communiqués, church sermons, or TV propaganda. Polish voters are well aware of what they are doing. They are rational actors with a good grasp of politics, at least as far as they think it concerns them.

There is something to that. But 2016 research from the Voter Study Group complicates the picture. As Jacob Weindling of Paste magazine wrote, the Republican Party is split:

…roughly 50-50 along economic lines. You wouldn’t know this from their libertarian economic platform, but the GOP has some very liberal economic views hidden within it.

A certain Donald J. Trump made populist noises in the 2016 presidential election, though he has been more conventionally Republican on economics while in office. This has relieved some of his Democratic opponents. “Just imagine if Trump married his brand of cultural populism to economic populism,” Rep. Brendan F. Boyle, a Democrat who represents northeast Philadelphia told The New York Times. “He would be doing much better in the polls and be stronger heading into the general election.”

“Perhaps,” my American acquaintance might respond, “But government programs are not conservative.” Often, yes. But what is less “conservative”? Supporting young Americans who might want to have families or trusting that immigrants and automation will replace the need for them? (As Tucker Carlson said, “If your supposedly conservative economic program doesn’t make it easier for young people to get and stay married and have kids, how is it really conservative?”)

What is less conservative, imagining that everyone has the ability to succeed or acknowledging that human nature and environmental circumstances have their limits and some people need more support than others? (RELATED: American Renewal: Republicans Need To Think Big On Family Policy)

A final flawed reaction of my American friend might be that PiS and Orban are dangerous authoritarians, defying the rule of law. Well, that debate could be had, but is it even relevant? Taking inspiration from a government on policy X does not mean that one must adopt policies Y and Z. 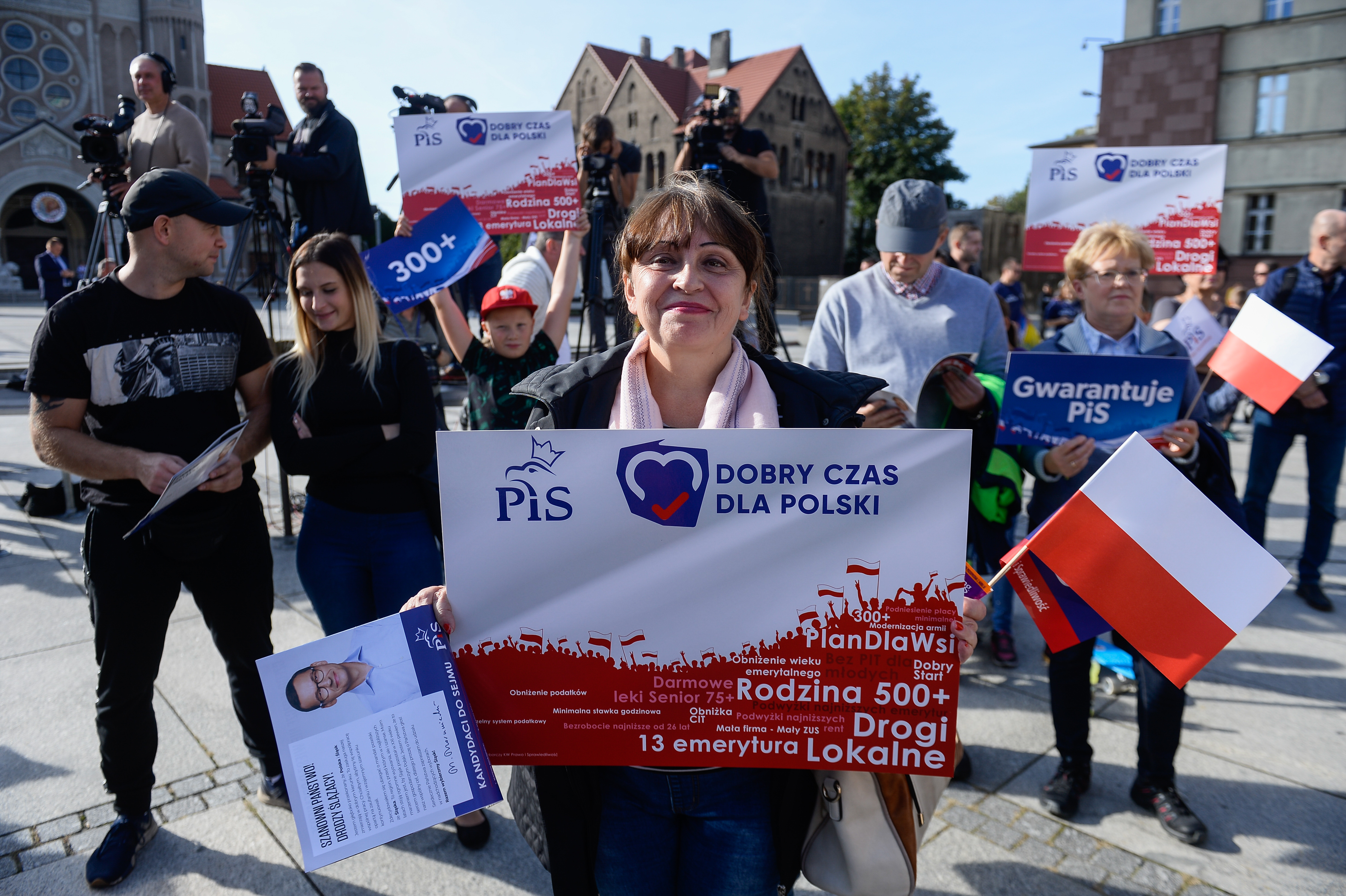 A woman holds a Law and Justice banner as the Polish Prime Minister, Mateusz Morawiecki delivers a speech during a campaign event on Sept. 21 in Ruda Slanska, Poland. (Photo by Omar Marques/Getty Images)

A far more compelling response to the argument that Republicans should learn from their distant European cousins is that their proposals are ineffective. Assessing the data on Polish fertility, for example, Lyman Stone noted for First Things that “Poland is experiencing a discernible change in its fertility trends” which “may have been helped along by the 500+ benefits.” Stone went on to write, however:

Poland’s [total fertility rate] has risen from about 1.29 children per woman to about 1.42. That’s still far below replacement rate, which is about 2.1 children per woman. It’s not a baby boom; it’s a baby bump.

Well, to be fair, Rome was not populated in a day. It is true, though, that declining birth rates have a great deal to do with a cultural shift towards emphasizing short-term inconvenience rather than long-term blessings, and child benefits ameliorate without addressing this directly. One might also have valid concerns about the kind of parenting child benefits enable, and perhaps something more like the Italian policy of subsidized land would be valuable. (RELATED: Study: US Birth Rate Is At 30-Year Low)

There is certainly a danger of economic populists losing sight of the long-term practical consequences of their policies, especially if they are focused on their short-term electoral implications. Winning power is great but using that power for good is what matters. It remains to be seen if Central and Eastern European governments have sufficiently appreciated this, and it is something that my American interlocutor would be right to bear in mind. 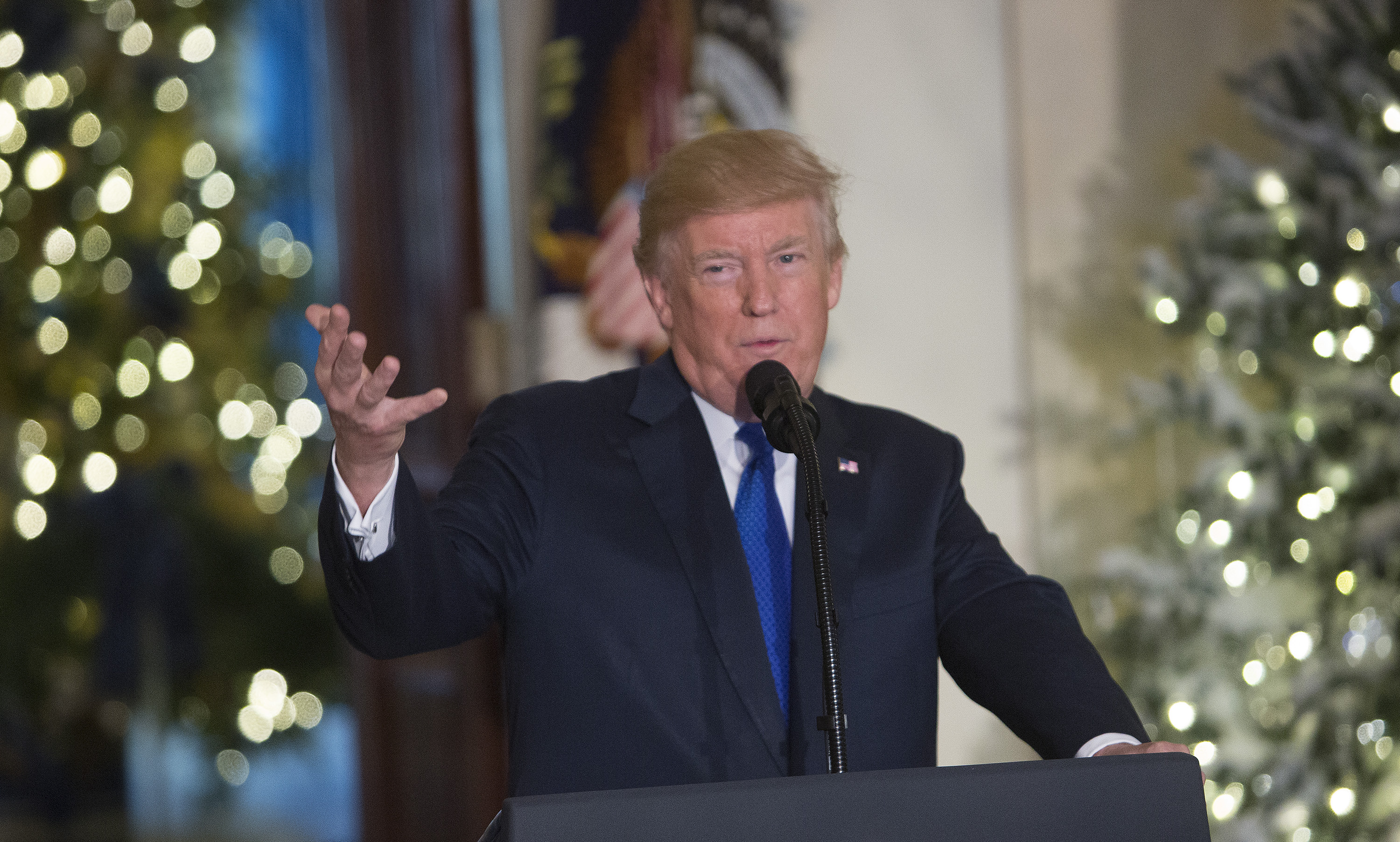 U.S. President Donald Trump speaks to a group of families, Young Republicans and College Republicans at the White House, while speaking about how planned tax reforms would benefit middle class families. (Photo by Chris Kleponis-Pool/Getty Images)

Still, while we can heartily shake hands on the principles that policy should follow data and that short-term expedience should not obscure long-term effectiveness, Republicans should not forget that Donald Trump was successful in 2016 because he convinced millions of struggling Americans that he was on their side. One cannot reduce this to economic assistance, of course, but by being open to financial support for working class and lower middle class Americans, the Republicans might support American families and win votes from Democratic candidates who can seem more concerned with hunting down churches that oppose gay marriage and fabricating stories of personal victimhood.