Former Vice President Joe Biden may have lost ground in the Democratic primary because of his response to accusations about his connections to Ukraine.

According to CBS’ battleground tracker, most Democrats did not appear to be persuaded by President Donald Trump’s attacks on Biden — but Biden’s response to the situation may have moved the needle.

“Well the charges of the president leveled against Joe Biden, they don’t hurt him directly,” Salvanto explained. “Most Democrats say it’s not true, doesn’t matter, haven’t changed their view. It’s Biden’s response to the charges that is generating a lukewarm response from the early state Democrats.”

According to Salvanto’s numbers, Biden’s response to the president’s attacks has not inspired confidence that he would do well weathering the attacks that would certainly come if he were to be the nominee. 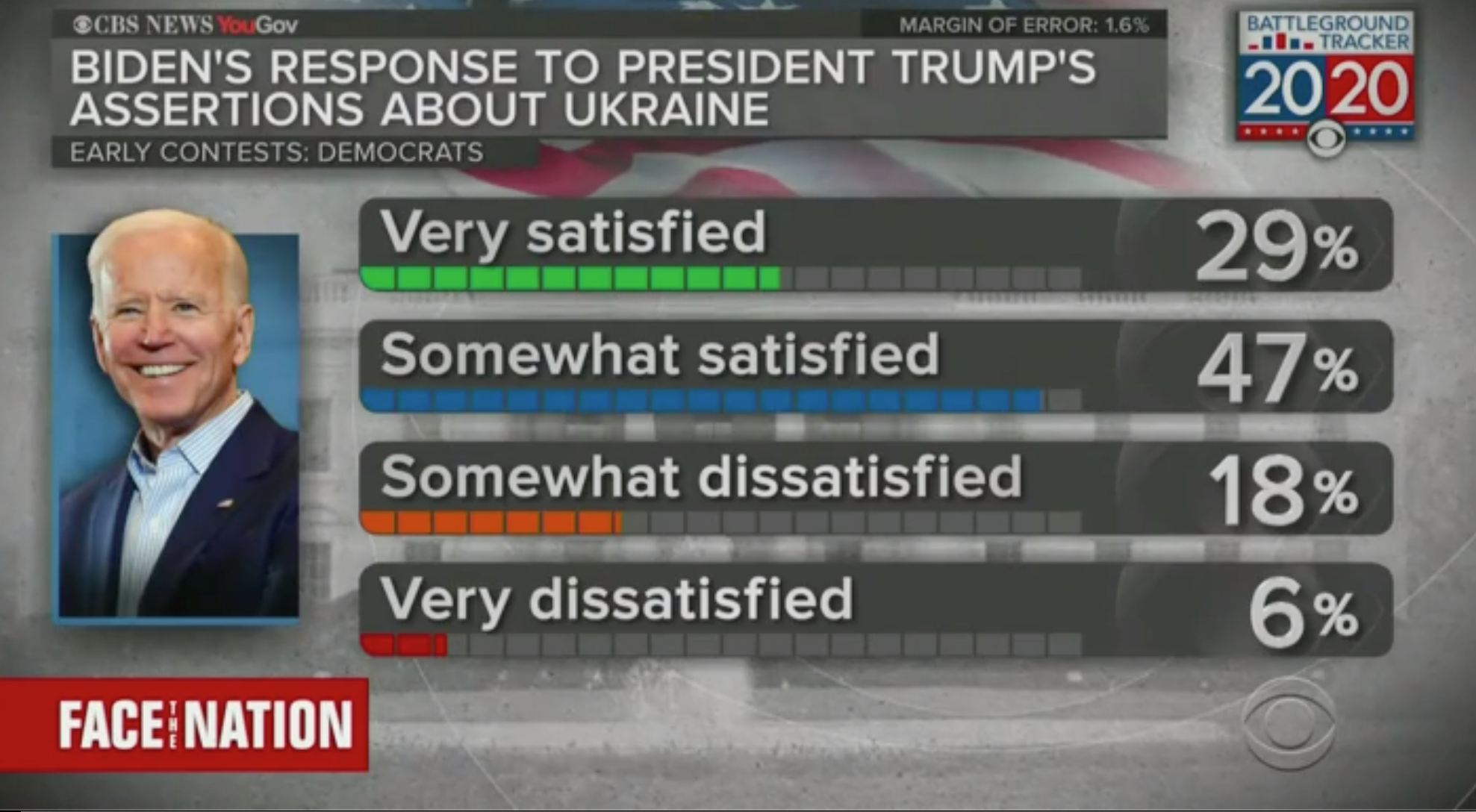 The Biden campaign, following the onslaught of attacks from both President Trump and his personal attorney Rudy Giuliani, has responded in part by sending out letters to multiple media outlets and individual anchors, asking that they refuse to air certain attack ads and demanding that they stop booking Giuliani.