Treasury Secretary Steven Mnuchin said Sunday that the United States is prepared to exert “maximum pressure” on Turkey “at a moment’s notice.”

Mnuchin was commenting on the increasingly chaotic situation in Syria since Turkey sent in its armed forces last week and began attacking Kurdish forces. The secretary told “This Week with George Stephanopoulos” that just as the situation in Syria escalates, the Trump administration’s economic sanctions against Turkey can escalate as well.

“Let me explain. This is a multi-step process. The first was making sure we have the proper authorizations. If we go to maximum pressure, which we have the right to do, at a moment’s notice the president calls me up and tells me, we will do this. We can shut down all U.S. dollar transactions with the entire government of Turkey.” (RELATED: Susan Rice Says Trump Gave Turkey The ‘Green Light’ To Attack Kurds In Syria)

“Is that something you may do?” Mnuchin was asked.

“That is something we may do. Absolutely. There is that full authority … and something at a moment’s notice the president can tell me to do.”

President Donald Trump has warned that he’ll “wipe out” the Turkish economy if the NATO ally uses its incursion into Syria to eradicate Kurdish fighters. Republican South Carolina Sen. Lindsey Graham, usually a staunch defender of the president, has been severe in his criticism of Trump’s decision to allow Turkey to invade Syria, saying the U.S. has “shamelessly abandoned” its allies. (RELATED: ‘Have We Not Learned The Lessons Of 9/11?’ Meghan McCain Blows Up Over Abandoned Kurds)

The secretary was also asked to explain comments from President Donald Trump last week that suggested the United States owed no special allegiance to Kurdish fighters because none could be found on the the beaches of Normandy during D-Day on July 6, 1944. 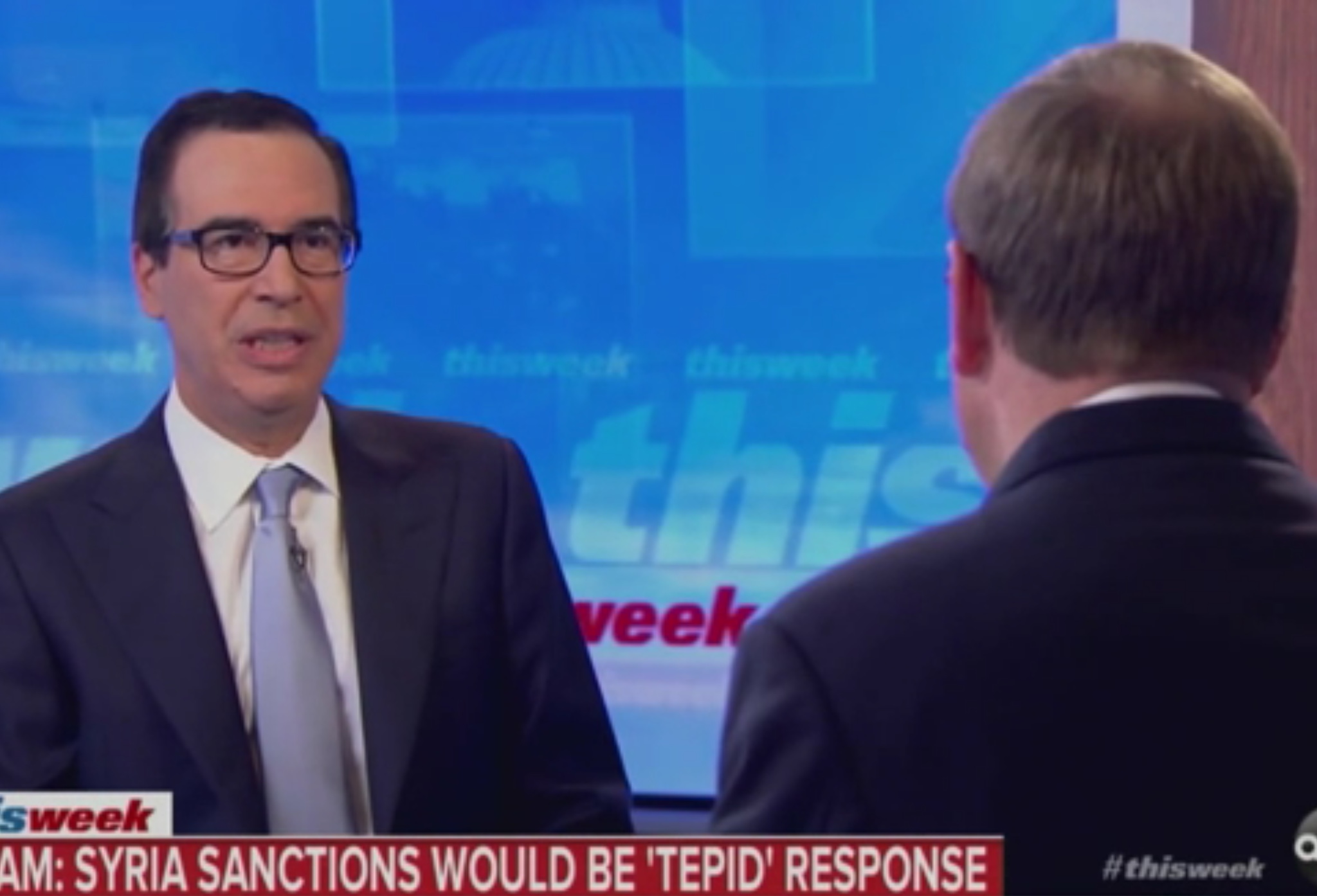 The “This Week” host asked: “What is he talking about? First the Kurds didn’t have a state back then. Did he expect the Kurds would have been on Omaha beach?”

Mnuchin replied: “No. I think the analogy that everyone is saying is that we’re abandoning the Kurds like the Kurds are these long-standing allies. Our role in Syria was not to defend … the Kurds.”