A police officer died after receiving a gunshot wound Monday morning in a parking garage in downtown Silver Spring, just outside of Washington, D.C.

The Montgomery County Department of Police say that the 13-year-veteran officer called out on radio regarding “disorderly subjects” at approximately 8:49 A.M. and was located minutes later suffering from a gunshot wound by a responding officer. He was later transported to MedStar Washington Hospital Center where he died as a result of his injuries. 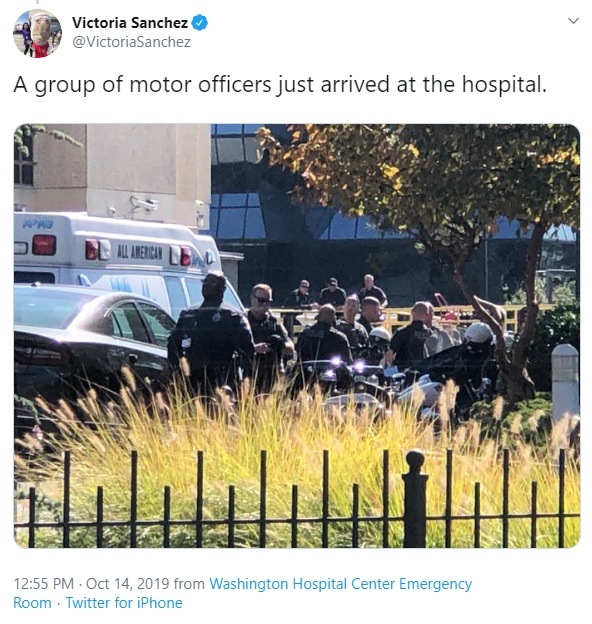 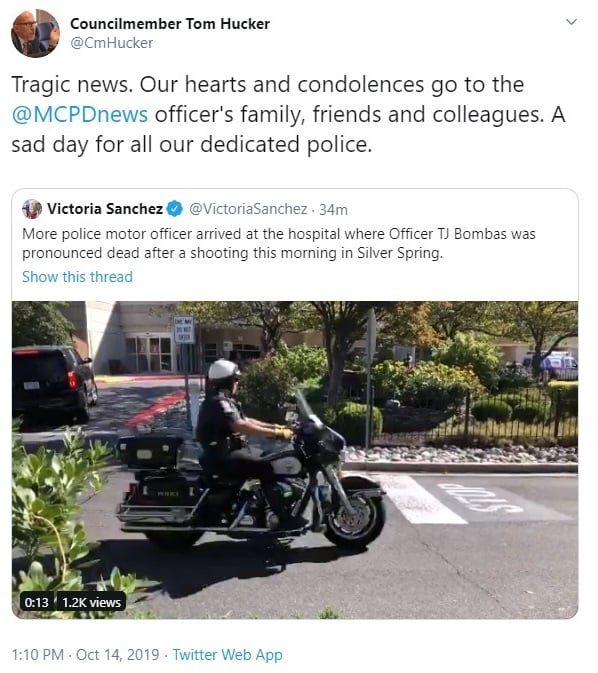 “We continue to investigate this event and we will do everything in our power to ascertain what transpired this morning,” Acting Director Marcus Jones said in a press conference.

Montgomery Council President Nancy Navarro gave an address in Spanish urging the community to help the police in their search for suspects and information related to the incident. (RELATED:While DC Struggles With Homicides, It Votes To Rename Columbus Day)

“This is a really difficult job,” said County Executive Marc Elrich. “This is one of those jobs where not everybody comes home when they go out in the morning. It’s a tough loss for everybody.”

Police say they have no suspect information at this time.

Local elementary and middle schools were put under shelter-in-place procedures as police responded to the shooting.

The D.C. area has seen a slew of officer-involved shootings over the past month, including five in a single week. (RELATED: Officers In D.C. Region Involved In Five Shootings In Past Week)

The last time Silver Spring made headlines was for a string of sex crimes committed by undocumented immigrants.