Chinese President Xi Jinping said Sunday that people who engage in separatist behavior in China will “end in crushed bodies and shattered bones,” according to state media.

Xi’s comments came amid a weekend of pro-U.S.-themed protests in Hong Kong with demonstrators asking for American support, which have since continued into Monday, according to The Washington Post.

“Anyone attempting to split China in any part of the country will end in crushed bodies and shattered bones,” Xi said in a meeting with Nepalese Prime Minister K.P. Sharma Oli during his visit to Nepal — marking the first time in 22 years that a Chinese president has visited the country — according to Reuters citing Chinese state broadcaster CCTV. 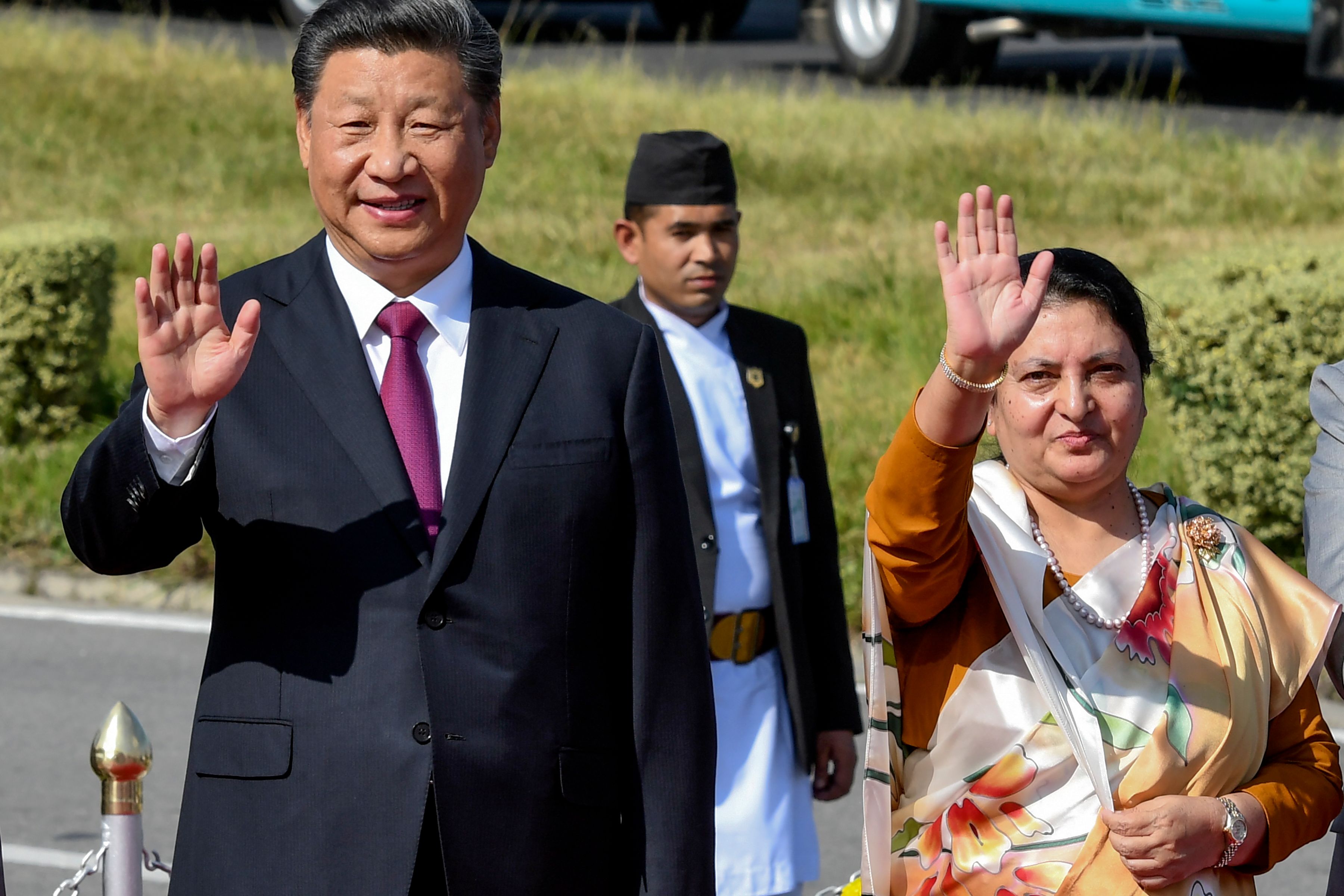 “And any external forces backing such attempts dividing China will be deemed by the Chinese people as pipe-dreaming!” Xi reportedly said.

Violent Hong Kong protests over the weekend drew the attention of global media when a homemade bomb activated by a cell phone exploded in a street demonstration Sunday, police said Monday, according to The New York Times.

The bomb did not cause any damage or injuries, but deputy police commissioner Tang Ping-keung said at a news conference that law enforcement believes “such explosives were intended to injure our officers,” The NYT reported.

“These people doing violent acts are not protesters. They are indeed rioters and criminals that are destroying our rule of law,” Tang said, according to The NYT. “Whatever causes they claim they are fighting for can never justify such triad-like behavior.”

In another Sunday incident, a protester stabbed an officer in the neck, severing the officer’s veins. He received hospital treatment and was in critical condition, police said, according to The NYT.

Hong Kong police arrested 201 people between ages 14 and 62 over the weekend and 12 officers were injured over the weekend, police said. The region’s Hospital Authority also said 79 people needed medical attention on Sunday alone, The NYT reported.

The weekend demonstrations came after Hong Kong Chief Executive Carrie Lam used her emergency powers at an Oct. 4 news conference to deploy a rare law banning the use of face masks amid high tensions across the region, which is supposed to act as an incentive to keep people from partaking in violent demonstrations, The Wall Street Journal reported.

A since-withdrawn extradition bill that would have sent Hong Kong residents convicted of crimes to mainland China for trial sparked Hong Kong’s protests, which have been ongoing since June. (RELATED: Hong Kong Demonstration Draws Crowd Of More Than 1.7 Million Against Government Orders)

The bill was one of five demands made by Hongkongers who have kept the protests going. The other four include Lam’s resignation, an inquiry into police brutality, the release of those who authorities have arrested and more democratic freedoms, according to CNN.