Democratic presidential hopefuls said structural changes to the Supreme Court should be considered at Tuesday night’s debate, but stopped short of endorsing measures that would add seats to the nation’s highest judicial tribunal.

The two frontrunners, Sen. Elizabeth Warren of Massachusetts and former Vice President Joe Biden, warned against expanding the court, while South Bend, Indiana, Mayor Pete Buttigieg championed a measure that would grow the panel to 15.

Warren said a Democratic president could pursue reforms short of court-packing like imposing term limits or rotating judges from the federal appeals courts on and off the high court.

“I think there are a number of options … and I think we may have to talk about them,” Warren said.

Biden similarly disclaimed court-packing efforts. Biden said such a move could set off and series of escalations and counter escalations that would ultimately destroy public faith in the judiciary. However, Biden said the Senate should not act on any vacancy that might arise on the court before the 2020 election, in an apparent break from his past position on Judge Merrick Garland’s nomination in 2016.

“Though it was ignored in the debates until now, the Supreme Court is a major political issue that will impact the 2020 race and beyond,” Roth said in a statement. “But the truth is that it shouldn’t be; political victories on the left and right should be based on results at the ballot box and not on when someone appointed to a position 30 years ago happens to pass away.”

“Three-fourths of Americans say we can do better, that we should replace life tenure at the Supreme Court with a fairer, more rational system of term limits,” Roth added.

Buttigieg defended a proposal to expand the court from nine justices to 15. Under Buttigieg’s plan, Republicans and Democrats would each select five justices, and the remaining five would be selected with the unanimous consent of the first 10. That move would “depoliticize the court,” the mayor said. (RELATED: A SCOTUS Shortlist For 2020 Democrats Includes An Anti-ICE Law Prof And A Judge Who Compared Trump To George Wallace) 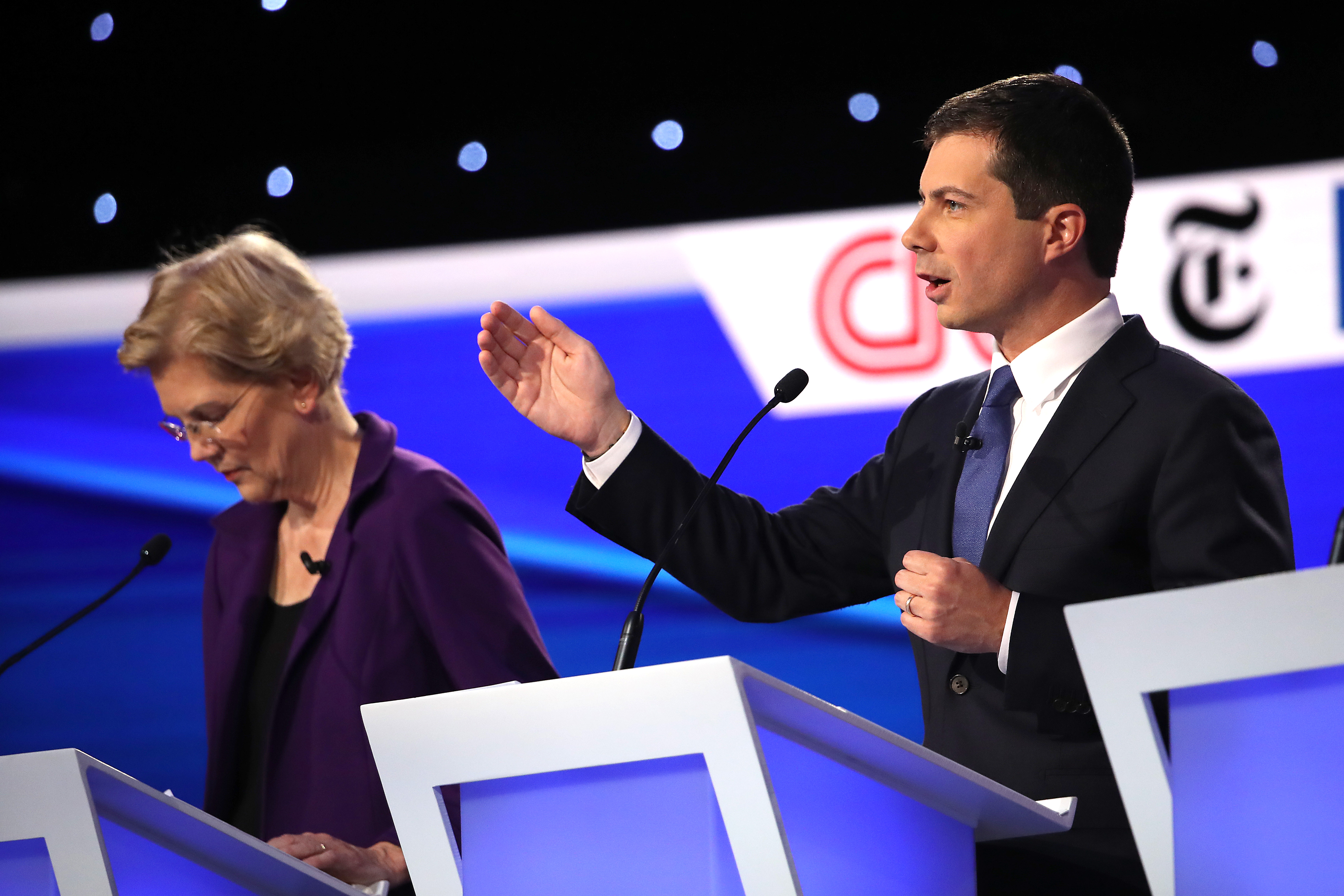 “We can’t go on like this,” he added, arguing his proposal would soothe the apocalyptic political conflict that has followed recent Supreme Court nominations.

The conservation took place immediately adjacent to a colloquy over abortion. The candidates broadly endorsed codifying Roe v. Wade in Congress, which would federalize abortion access instead of leaving regulation to the states.