Trump lawyer Rudy Giuliani said Monday that two of his business associates who were indicted last week on campaign finance charges have paid him $500,000 for consulting work.

Giuliani told Reuters that he received the payments from a company called Fraud Guarantee, a fraud and risk mitigation firm owned by Lev Parnas.

Giuliani said that he began the work in August 2018, and provided legal and technical advice to Fraud Guarantee, which is based in Florida.

Parnas and his partner, Igor Fruman, were indicted on Oct. 10 on conspiracy charges involving alleged “straw” donations to several political committees, including to a pro-Trump super PAC, and to former Texas Rep. Pete Sessions.

According to the indictment, Parnas and Fruman received $1 million in wire transfers last year from an unnamed Russian businessman. They made a $325,000 contribution to the pro-Trump super PAC, America First Action. They gave tens of thousands more to state and national politicians.

Giuliani is reportedly under criminal investigation over his work with Parnas and Fruman.

The New York Times reported Saturday that prosecutors in Manhattan are investigating whether Giuliani violated foreign lobbying laws by working for Ukrainians to force the firing of Marie Yovanovitch, the former ambassador to Ukraine. The Wall Street Journal reported Monday that prosecutors have interviewed witnesses as part of the investigation, and scoured Giuliani’s business records.

Giuliani has denied wrongdoing, and told the newspapers that he is not aware of being under investigation.

Giuliani’s Ukraine-related efforts have also put his client, Trump, at the center of the Democrat-led impeachment inquiry. Democrats are investigating whether Trump abused his office by pressuring the Ukrainian government to conduct politically-charged investigations into Joe Biden and possible Ukrainian meddling in the 2016 U.S. election.

Giuliani has alleged that as vice president in 2016, Biden pressured Ukraine’s president at the time, Petro Poroshenko, to fire prosecutor Viktor Shokin because he was investigating Burisma Holdings, an energy firm that had Hunter Biden as a board member. 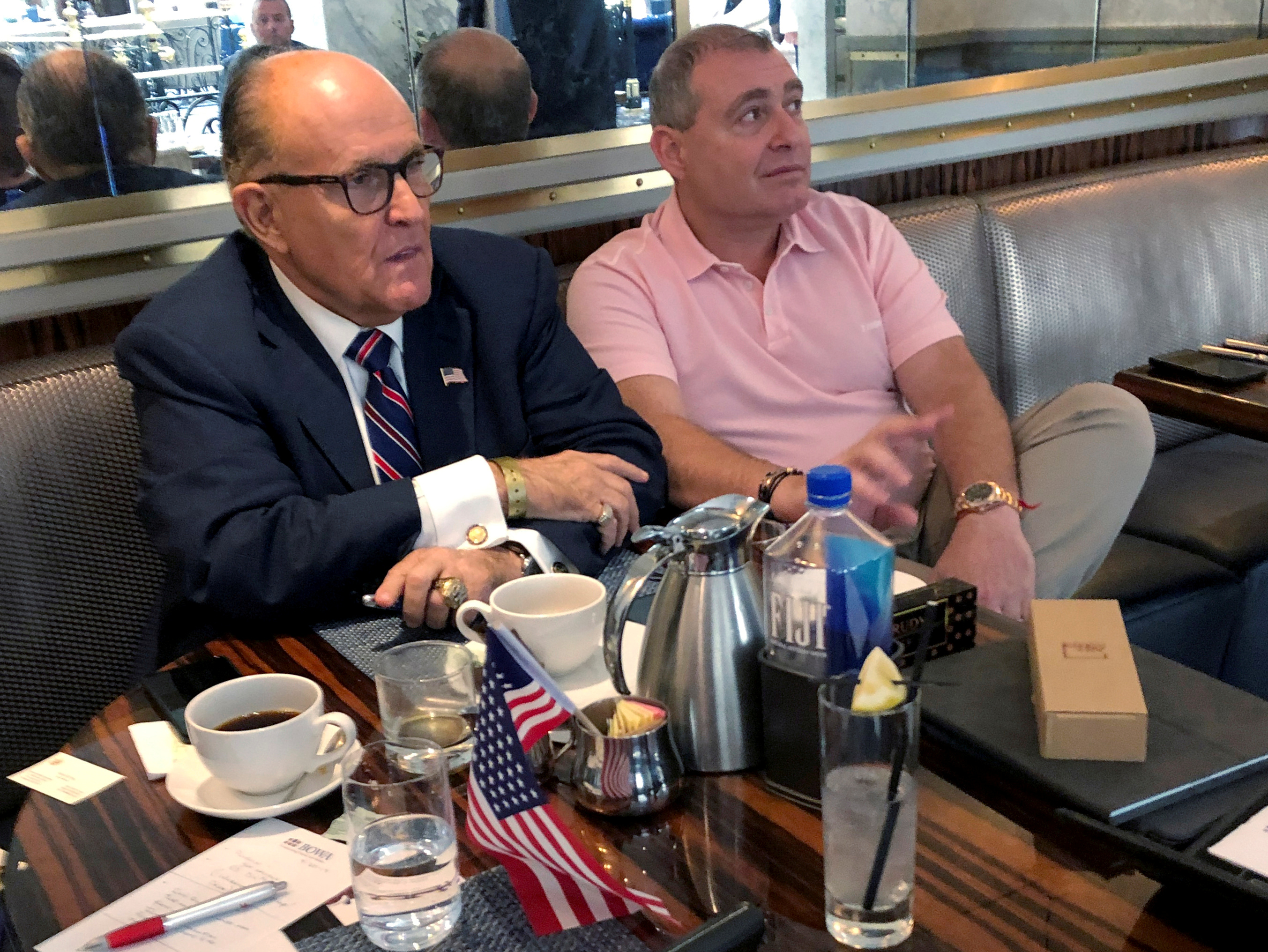 According to the indictment last week, Parnas and Fruman were involved “in causing the U.S. government to remove or recall the then-U.S. Ambassador to Ukraine.” (RELATED: Giuliani Associates Who Worked On Trump-Biden Probe Have Been Indicted)

“PARNAS’s efforts to remove the Ambassador were conducted, at least in part, at the request of one or more Ukrainian government officials,” the indictment alleges.

NBC News has reported that one of the Ukrainian government officials is Lutsenko, who left office on Aug. 29.

Allegations against the career diplomat first surfaced on May 9, 2018 when then-Rep. Pete Sessions sent a letter to Secretary of State Mike Pompeo alleging that she had spoken negatively about Trump.

Parnas and Fruman met the same day as the letter with Sessions at his office in Washington, D.C. Parnas also made a $2,700 contribution to Sessions’ campaign, and he and Fruman pledged to raise $20,000 more, according to the indictment.

Lutsenko made additional allegations about Yovanovitch in his interviews in January with Giuliani, and two months later in an interview with The Hill. Lutsenko claimed that Yovanovitch had instructed him to shut investigations of various Ukrainians who were seen as supportive of Democrats.

Lutsekno later walked back his allegations =, but it proved too little, too late for Yovanovitch. She was removed as ambassador on May 20.

During congressional testimony on Friday, Yovanovitch accused Giuliani and his Ukrainian partners of spreading “baseless conspiracy theories” about her as part of a “concerted effort” to force her removal.