Amazon spent $1.45 million on Seattle’s City Council races so far in 2019 so the city “is focused on pragmatic solutions” to “shared” concerns, according to a statement.

The tech giant gave $1 million to Civic Alliance for a Sound Economy (CASE) — a political PAC associated with the Seattle Metropolitan Chamber of Commerce — that has been paying canvassers and buying mail advertisements ahead of the Nov. 5 election, The Seattle Times reported Tuesday.

“We are contributing to this election because we care deeply about the future of Seattle,” Amazon spokesman Aaron Toso said in a statement. “We believe it is critical that our hometown has a city council that is focused on pragmatic solutions to our shared challenges in transportation, homelessness, climate change and public safety.”

Amazon, which last year earned $11 billion in income, threatened to leave the Seattle if we taxed it $10 million a year toward addressing the homelessness crisis its presence here helps create. So, yeah, I have trouble believing that Amazon truly cares deeply about our future. https://t.co/8Df4UZITq7

The PAC is reportedly trying to make changes to the City Council, which has implemented a number of business regulations and labor laws in recent years, according to The Seattle Times.

“The money CASE has raised is from local companies who care about the future of this city,” CASE Executive Director Markham McIntyre said in a statement.

“Emergency! Amazon just dropped a $1 million bomb on our city elections, in a flagrant attempt to blow up Seattle’s democratic process,” Sawant’s campaign wrote in an email Tuesday. “We cannot allow [Amazon CEO Jeff Bezos] to buy this election.” 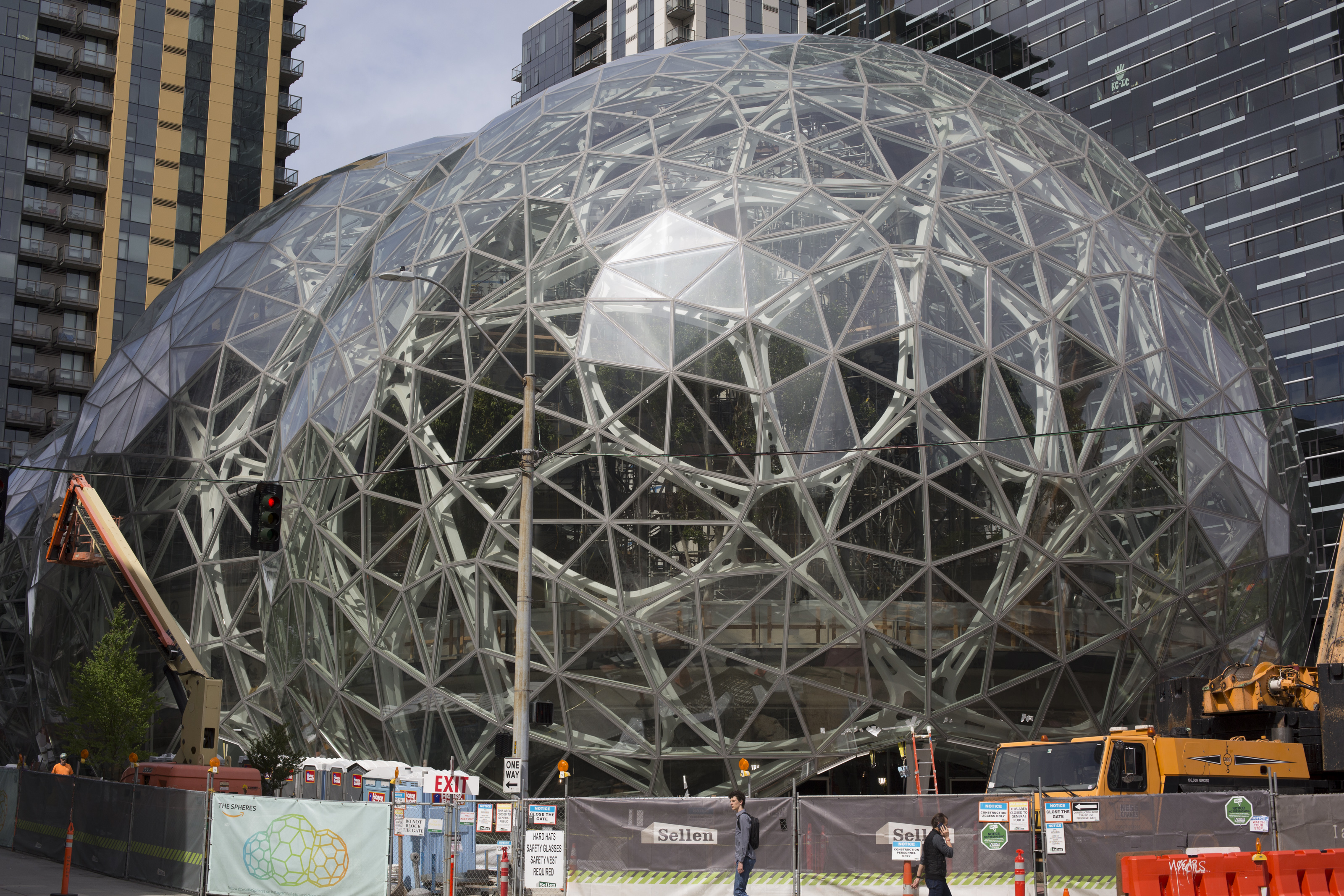 People walk past the signature glass spheres under construction at the Amazon corporate headquarters on June 16, 2017 in Seattle, Washington. (Photo by David Ryder/Getty Images)

The company’s spending on the City Council election in Seattle — home of Amazon HQ2 — has been the most significant “in anyone’s memory,” Seattle Ethics and Elections Commission Executive Director Wayne Barnett.

Businesses and contributors can’t exceed $250 in donations to candidates using democracy vouchers or $500 for those not using vouchers, but there is no cap on how much businesses or contributors can give to PACs, according to The Seattle Times.

“While our positions are carefully considered and deeply held, there is much room for healthy debate and differing opinions. We hope being clear about our positions is helpful,” the statement reads.