The White House announced Oct. 6 that Trump told Turkish President Recep Tayyip Erdogan the U.S. would be clearing out of northern Syria. The news sparked bipartisan backlash because it could make it easier for Turkey to invade Syria and go after Kurdish fighters, who have worked with the U.S. to beat the Islamic State.

Republicans and Democrats alike approved a resolution opposing Trump’s decision. The measure passed 354-60, The New York Times reported. A bipartisan group of congressional leaders was set to meet with Trump about the issue shortly after the resolution passed.

Secretary of State Mike Pompeo and Vice President Mike Pence are traveling to Ankara, Turkey, to discuss a ceasefire.

“The Vice President will voice the United States’ commitment to reach an immediate ceasefire and the conditions for a negotiated settlement,” according to a press release from the Office of the Vice President. (RELATED: Trump Authorizes Sanctions Against Turkey In Response To Syria Invasion) 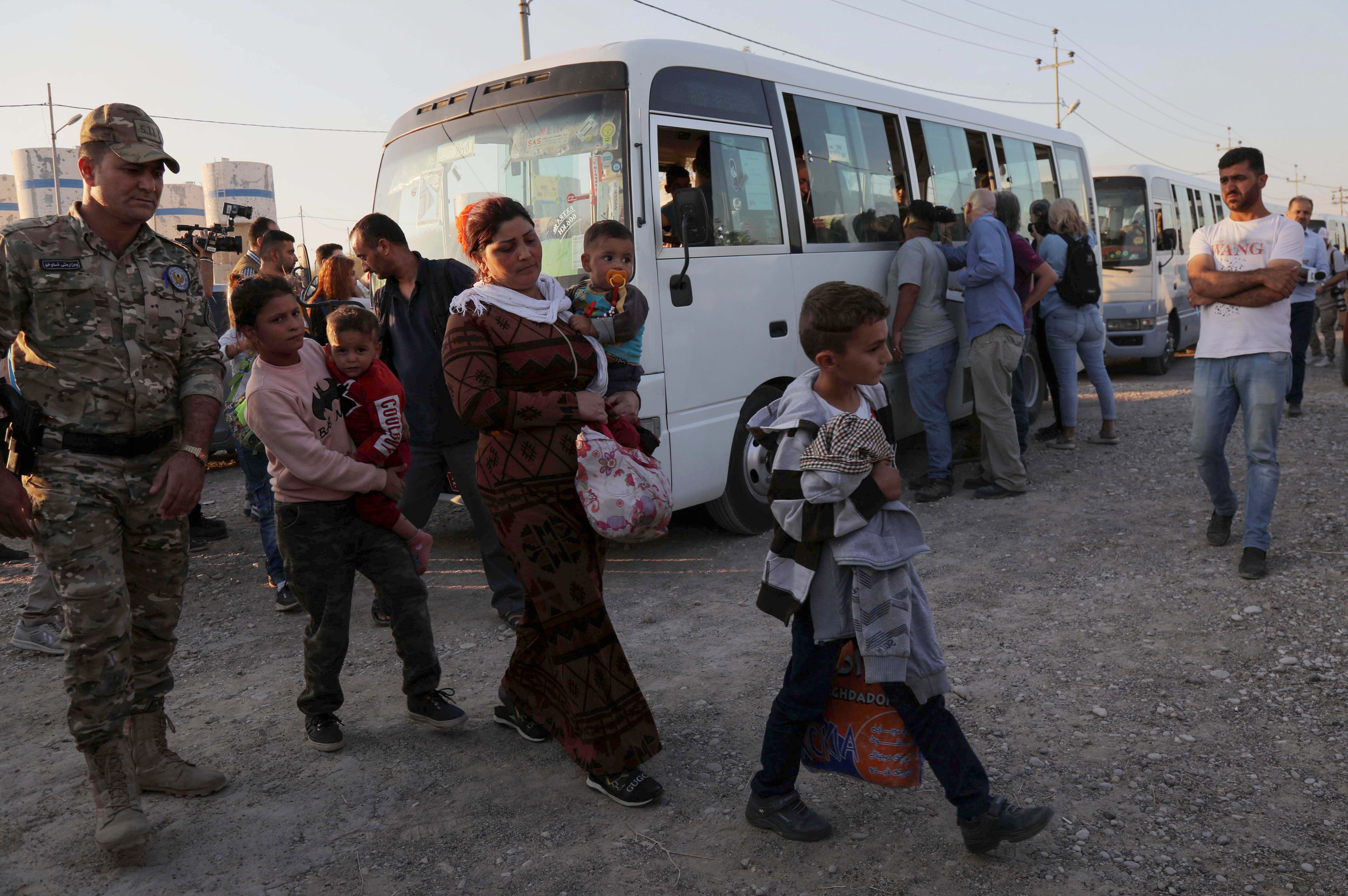 Syrians who have been recently-turned refugees by the Turkish military operation in northeastern Syria are pictured upon arriving at the Bardarash camp, near the Kurdish city of Dohuk, in Iraq’s autonomous Kurdish region, on October 16, 2019. (SAFIN HAMED/AFP via Getty Images)

More than 150 Kurdish soldiers have reportedly died since Trump announced he would withdraw American troops and Turkey launched “Operation Peace Spring” on Oct. 10, the country’s defense military announced. Turkey’s Defense Ministry said the number is higher, according to Fox News.

The resolution is mostly symbolic, but noted that America’s withdrawal is “beneficial to adversaries of the United States government,” including Russia, Syria and Iran. It called for Erdogan to end military action in northern Syria, The NYT reported.

Trump has stayed strong behind his decision, noting Wednesday that Turkey invading Syria is “not our problem” and that the Kurds “are no angels.”