You can judge the health of a nation by the strength of its families. Are Americans having and raising children? Are we giving parents opportunities for stable jobs and the other requisite tools to raise healthy kids? When we look at the next generation, are we offering them a path to successful lives ahead?

Too often, our answer is “no.”

Many of the problems facing kids today, including poverty, housing, and poor health outcomes, are alarming and require our attention. But some of the most pressing issues today are new and represent a cultural crisis unique to younger generations.

Part of the problem lies with underlying shifts in family development. To many Americans, marriage now resembles a luxury good — a trend that precludes stable households from forming in the first place. An economic gap has emerged in which working-class Americans are marrying less and less frequently. As Charles Murray documented in “Coming Apart,” the percentage of American children living with both biological parents was identical for affluent and working-class families — 95 percent — in 1960. By 2005, a chasm had opened up, with 85 percent of affluent, and just 30 percent of working-class families, intact. For kids, an unstable environment at home translates directly to worse outcomes throughout life.

The experience of childhood itself has also changed. The decline of cornerstone institutions like parent-teacher associations, scout groups, and places of worship has left neighborhoods fragmented, denying a generation of children the opportunity to experience relationships built through strong community bonds. The subsequent void has been filled by social media which, in the absence of authentic relationships, spawns online bullying, widespread mental health issues, and countless hours formerly spent socializing, now spent alone. 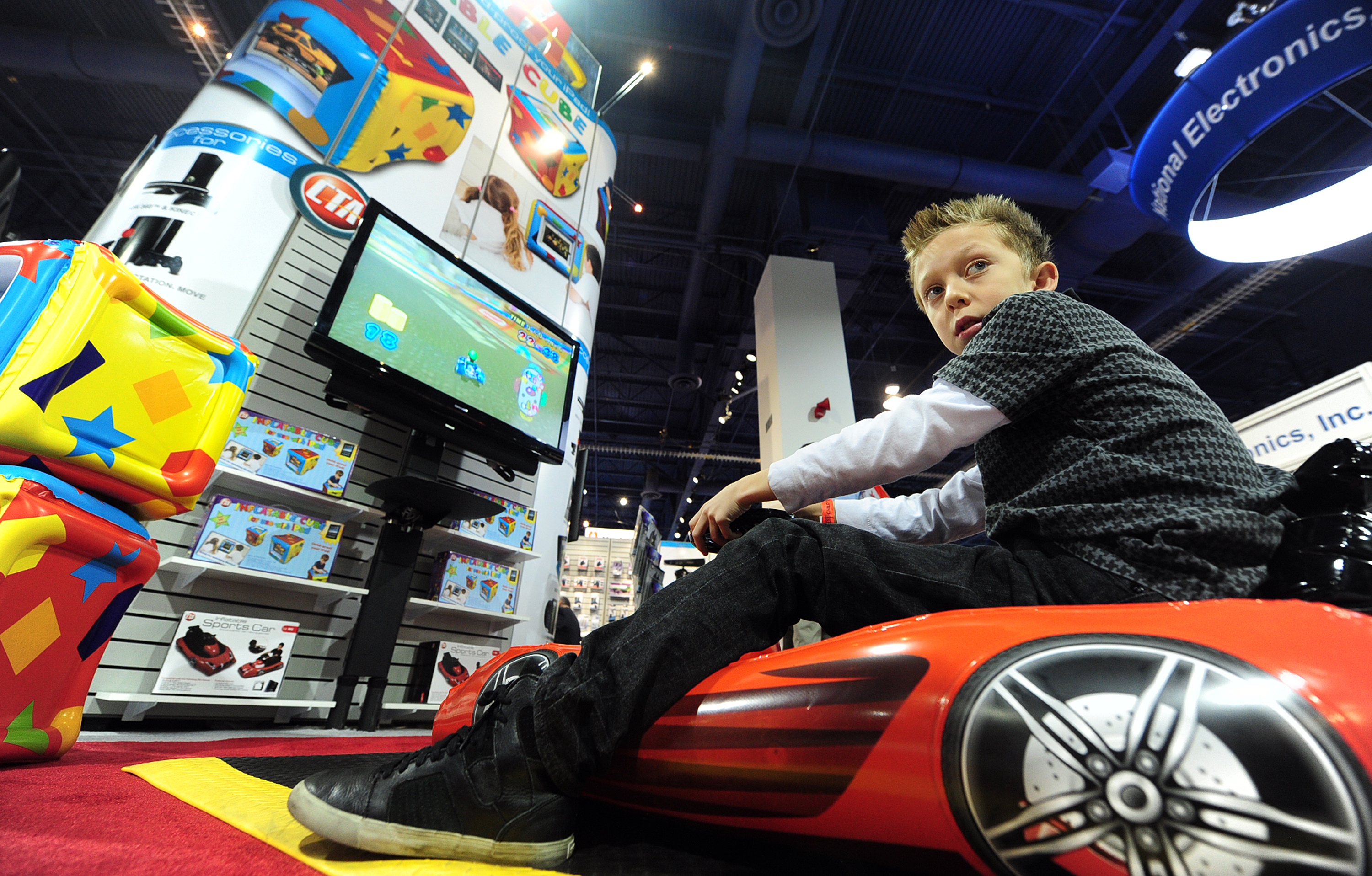 A child looks back while playing a game from an inflatable sports car at the display booth of CTA, which offers gaming accesories, at the International Consumer Electronics Show (CES) in Las Vegas, Nevada, on January 11, 2012. AFP PHOTO / Frederic J. BROWN (Photo credit should read FREDERIC J. BROWN/AFP/Getty Images)

From 2009 to 2017, the frequency of depression among American kids between ages 14 to 17 soared over 60 percent. The result, unsurprisingly, has been an epidemic of self-harm among young people. The teenage suicide rate has hit the highest recorded in American history.

What can we do to right these wrongs?

There are many factors that contribute to children’s well-being, but none is more important than strong families. We know this because it’s in our DNA, of course; stable, two-parent families have been the bedrock of all successful civilizations throughout all of history.

We also know it because the data bears it out. On average, kids who grow up in households with stable, married parents enjoy better health and behavioral outcomes in childhood than those with more precarious home lives. They also typically enjoy higher rates of educational and financial success later in life. Areas of the country with higher rates of marriage are consistently more prosperous, even after controlling for other variables. And as marriage becomes more a of luxury, we risk falling into a self-perpetuating cycle.

It’s our imperative as policymakers to protect and expand our laws that promote strong families. For this reason, I’ve worked to expand the federal per-child tax credit and proposed that we create an option for parents to use their Social Security benefits for paid parental leave. (RELATED: Republicans Need To Think Big On Family Policy)

While those proposals are important, they only serve to treat the symptoms, not the cause. They may make it more affordable to raise a family, but they do not tell young adults why they should take on the sacrifice that starting a family and raising children requires. We need deeper cultural revival to do that.

Put another way, no law can force someone to be a better parent or spouse. But government officials can start by being more explicit about what makes strong families. Marriage should be a lifelong commitment between two people. Married couples should have and raise children. Similarly, abortion at any stage of pregnancy ends a human life that has been created by God. That the declining strength of families has occurred during the same period since abortion was legalized by Roe v. Wade should be no surprise. These truths should guide the interpretation of our existing laws. 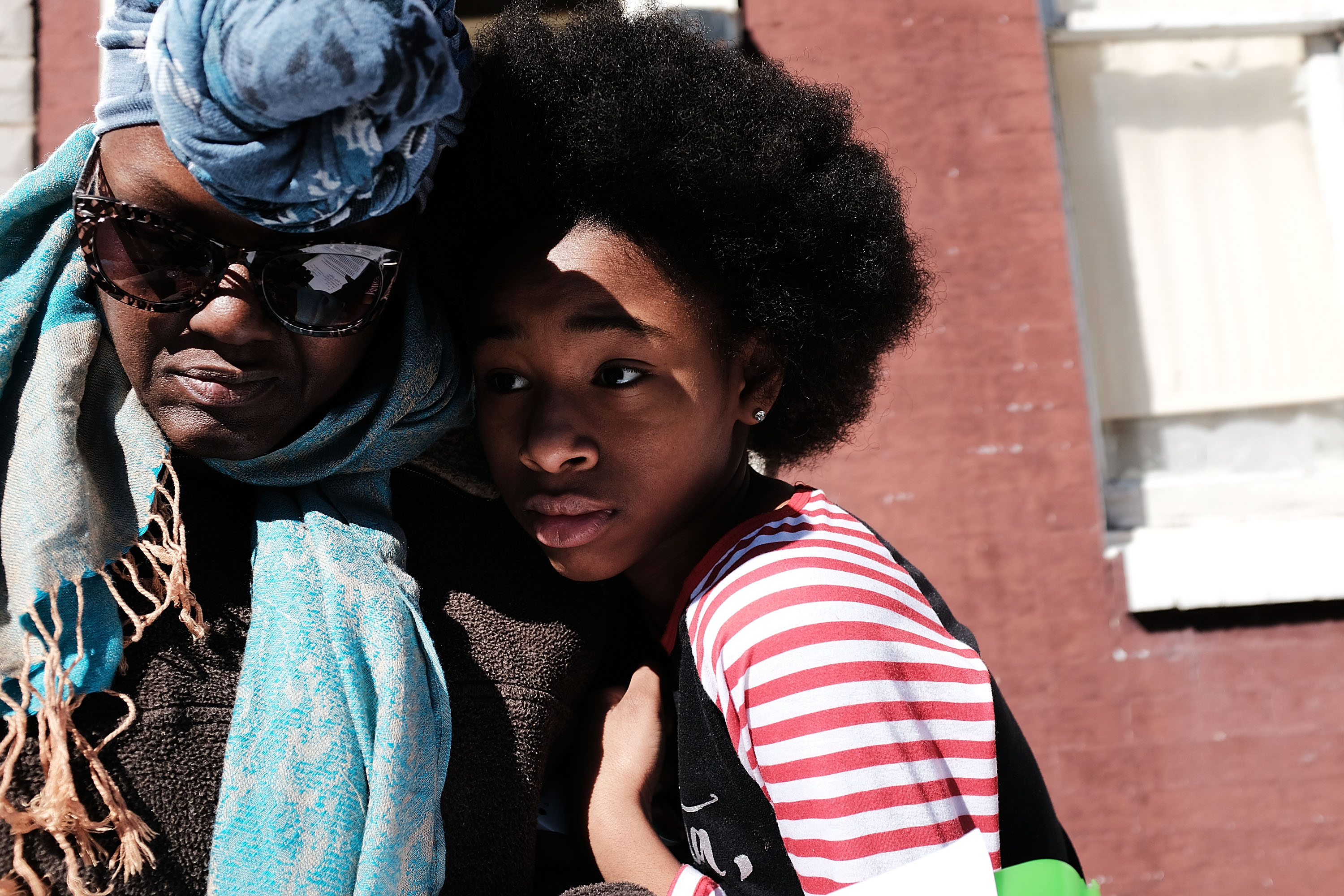 BALTIMORE, MD – FEBRUARY 03: Kayla hugs her grandmother Lilian as activists, residents and those that have lost a loved one to violence participate in a “Peace and Healing Walk” in an area with a high rate of homicides during Baltimore’s third “Ceasefire Weekend” on February 3, 2018 in Baltimore, Maryland. Photo by Spencer Platt/Getty Images)

But a true cultural revival requires us to also recognize the inextricable connection between culture and the economy. Shifts in American trade and fiscal policy have profoundly affected American family formation and child-rearing. The growth of capital-light sectors means that companies earn more profits off of less physical investment — which in turn means that short-term profits are quickly directed to shareholders, with fewer middle- and working-class jobs.

America’s shift to a post-industrial, services-based economy also means that jobs that do exist increasingly require expensive training and education. For many working-class, would-be parents, pursuing them means spending years and financial resources to acquire a credential — resources that in a more productive economy could be devoted to spending time with family. On top of this, the more recent rise of the gig economy means even less consistent wages, benefits, and schedules. (RELATED: Fixing The Gig Economy Doesn’t Require Turning All Uber Drivers Into Employees)

Americans routinely report wanting more kids than they have. It’s no surprise that, lacking stable employment opportunities, our marriage and childbirth rates have fallen.

Instead of an economy based on financial and intangible assets, we can shift economic incentives to the number-one driver of dignified work: more domestic business investment. By developing productive, long-life capital assets like new machinery, equipment, and assembly lines, we create enduring work opportunities for Americans.

And even if one is skeptical about this line of reasoning, there is a more practical cause for concern about how we structure the American economy and what it means for children’s welfare: the United States cannot compete against China’s 1.3 billion people if we condemn 73 million American children to the sidelines of the future economy. (RELATED: Colleges And Universities Are Creating A Lost Generation Of Americans)

After my parents left behind a life of poverty in Cuba to immigrate to the United States, my father was able to find work and support my family as a bartender. My mother stayed at home to raise me and my younger sister, also supporting her own elderly father in the process. Once we were old enough, she returned to the labor force.

My parents’ hard work enabled me and my siblings to enjoy a secure, comfortable childhood and grow up into the people we are today. But without a productive economy that offered them those opportunities in the first place, things would be different. For the sake of the next generations of American families, it is incumbent on us to make sure that promise remains open.

Sen. Marco Rubio is a Republican senator from Florida.