2020 Democratic presidential candidate Marianne Williamson went after the Democrats onstage during Tuesday’s debate in an op-ed Wednesday, adding that the scene provided further motivation for her to stay in the race.

The spiritual guru did not make the presidential debate stage Tuesday, but twelve of her opponents did. She noted that “some of us weren’t on the debate stage” in an op-ed The Washington Post published. The opinion piece highlighted that Williamson will be staying in the race and she said her fellow candidates all had bad nights.

“Last night’s debate was a lot of things, but it was not exciting,” Williamson wrote. “It contained no magic. If anything, it reduced some very nice people to behavior their mothers probably raised them not to engage in. Which woman who claims feminist ideals can be the nastiest to another woman?”

“Which young person can show the greatest arrogance toward those with decades of experience under their belts?” she continued. “Which intelligent person can best reduce a complicated topic to pabulum for the masses? … Everyone had a bad night.”

Williamson said the Democratic Party is “weirdly more elitist relationship to its own constituency” than the Republican Party and that Democrats are messing with their own party. She addressed questions about whether it’s time for her to drop out, writing “are you kidding?”

“After that debate Tuesday night, are you kidding? Let me get this right,” Williamson wrote. “You think a sanitized wish list of Democratic proposals, focused just enough on appealing to people’s self-interest but not going anywhere near a serious discussion of what ails us, is going to defeat the Republicans?”

“You think your 2016 redux, containing no hint of self-reflection on what created the disaster last time, is going to fight off the specter of neo-fascism?” she added. (RELATED: The Day After The Debate, Everyone’s Talking About Marianne Williamson’s Tweet) 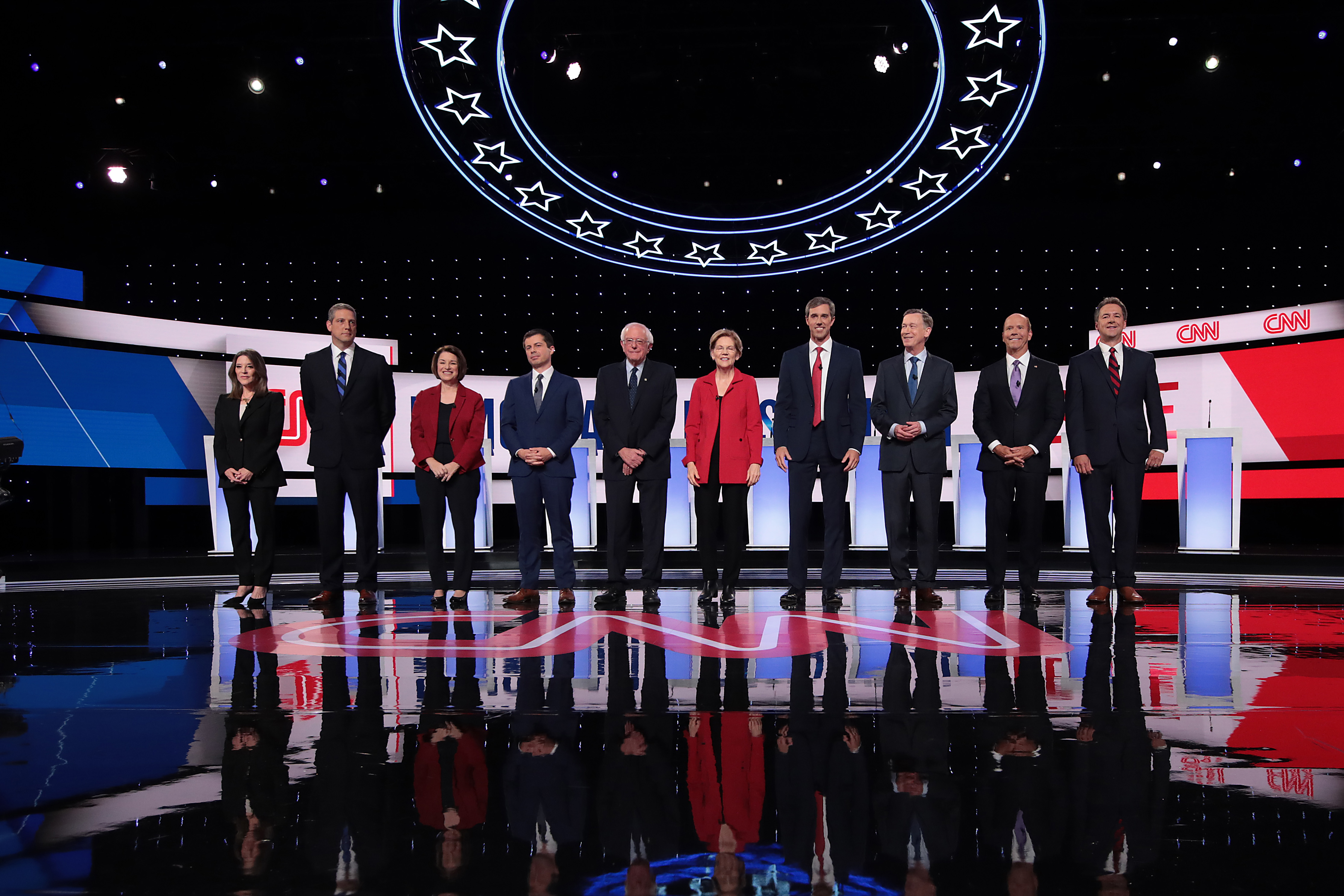 She added that her opponents showed “faux democracy” and made a sarcastic quip about their “brilliant” strategy being to show America “the worst of who we are.” Williamson also suggested the scene would have been “funny if it weren’t so dangerous.”

“Placing a political straitjacket on our primary system, controlling the process via money and ridiculous rules, the party is risking disaster,” Williamson added.

The 2020 presidential candidate hit back at the Democratic National Committee (DNC) for creating a “false, inauthentic piece of high school theater posing as the Democratic debates.” The DNC set polling and individual requirements for Tuesday’s debate, which required candidates to have at least 2% in four approved polls and have at least 130,000 individual donors.

The fifth Democratic debate in November will require candidates to have even higher numbers to qualify, WaPo reported.

Williamson did not qualify for the September debate, either, The Hill reported.