The Boycott, Divestment and Sanctions movement campaigns to delegitimize Israel through Holocaust inversion, according to a September Israeli government report.

The report, put together by the State of Israel’s Ministry of Strategic Affairs and Public Diplomacy, found that the BDS movement attempts to “undermine the legitimacy of the State of Israel” through anti-Semitic messaging, including images and rhetoric. The BDS movement describes itself as a “Palestinian-led movement for freedom, justice and equality” that “upholds the simple principle that Palestinians are entitled to the same rights as the rest of humanity.”

“The BDS movement’s relentless attacks and attempts to stigmatize and delegitimize the State of Israel, Zionism (the movement for Jewish self-determination which brought about the state) and those Jews and non-Jews who support it, invariably contribute to the overall global surge in antisemitism and to the current climate in which Jews around the world feel increasingly at risk,” the report said.

The report found that not only does the BDS movement deny Israel’s right to exist as a state, but also that the BDS movement is an “important contributor to contemporary antisemitism” and that the extremist worldview of BDS leadership “trickles down to rank and file activists who adopt antisemitic discourse.”

This discourse may soon to violence, the report warned. (RELATED: BDS Leader: Greatest Threat To BDS Is Calling Us Terrorists) 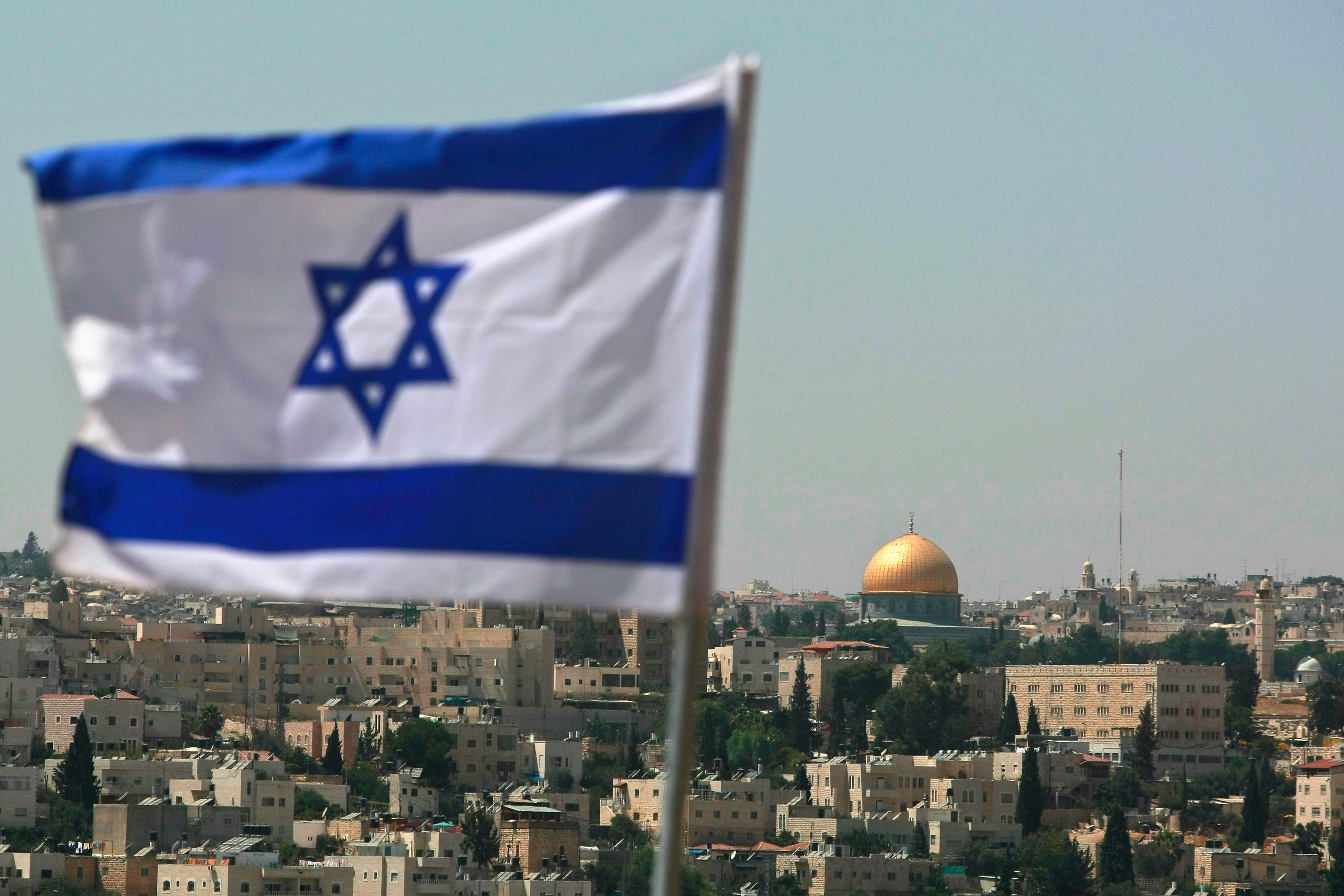 An Israeli flag flies from the Kidmat Zion Jewish settlement community on the outskirts of the Arab village of Abu Dis, where the Old City with its golden Dome of the Rock Islamic shrine is seen in the background, Aug. 18, 2008 in East Jerusalem, Israel. (Photo by David Silverman/Getty Images)

“This, at a time when antisemitism, in all its forms, is rising dangerously, and when there is growing concern over evidence which shows that, if left unchecked over time, hate speech and stigmatization can be a catalyst to physical violence,” the report says.

BDS intentionally uses Holocaust inversion, the portrayal of Jews and Israel as Nazis, in order to “create an inverted reality where Israelis are the new ‘Nazis’ and Palestinians the new ‘Jews,’ and an inverted moral construct in which the Holocaust serves as a moral lesson for, and a moral indictment of, the Jewish State,” according to the report, which provides a variety of images and examples to that effect.

One such example shows an image a BDS France activist posted on Facebook in August 2014. A doctored image of a young woman compares Israel Defense Forces soldiers to Nazis, with a comment that begins, “The Nazis and Zionists are two sides of the same coin.”

Other images in the report depict direct comparisons of Nazism to Zionism. The report mentions a Facebook video broadcast of co-founder of the BDS movement Omar Barghouti interviewing BDS activist Roger Waters. Waters accused Israel of running a “propaganda machine,” which he compares to Nazi Germany and Adolf Hitler’s minister of propaganda, Joseph Goebbels.

This is not a lone instance of such behavior. The report examines many instances where BDS leaders compare Israeli leadership to Hitler, Israeli treatment of Palestinians to Nazi treatment of Jews and Zionism as “perpetrating a Holocaust.” (RELATED: Israeli Gov. Releases Report Alleging Terrorists Have Infiltrated NGOs That Push BDS Movement)

The State of Israel called on foreign governments to watch for statements from BDS organizations that are consistent with the International Holocaust Remembrance Alliance working definition of anti-Semitism: “Antisemitism is a certain perception of Jews, which may be expressed as hatred toward Jews. Rhetorical and physical manifestations of antisemitism are directed toward Jewish or non-Jewish individuals and/or their property, toward Jewish community institutions and religious facilities.”

The Israeli government also called on other governments to follow Germany’s lead in declaring the BDS movement anti-Semitic, to end funding to non-governmental organizations that promote BDS and to demand that social media platforms remove anti-Semitic BDS content.

“From the outset, the idea behind BDS and the aim of its leaders has been the destruction of Israel,” Natan Sharansky, a former prisoner of Zion who spent nine years in Soviet jails, wrote in the report’s foreword. Sharansky formerly served as Israel’s minister for diaspora affairs and deputy prime minister.

“It is our job not just to expose the BDS leadership for what it is, but also to educate those who naively serve its purpose,” Sharanksy added. “Those who want a better world shouldn’t give a hand to those whose aim is to see a world without Israel. We have to think together how to improve the world, not help those who wish to rid the world of Jews.”

A February report from the Israeli Ministry of Strategic Affairs highlighted the relationship between BDS and terrorist organizations. “The Ties Between NGOs promoting BDS and Terrorist Organizations” found more than 100 links between BDS and the groups Hamas and Popular Front for the Liberation of Palestine (PFLP).

The U.S. declared both Hamas and PFLP terrorist organizations in 1997.