“You know, we don’t really know to what extent the election was interfered in because nobody will look for it. We do know that in Florida a lot more happened than has been admitted publicly,” Clinton said in the podcast released Friday.

“We know we’re really vulnerable,” she said. “Every, you know, every Hackathon that happens, you know, 10-year-olds are hacking our voting systems and the networks that connect them.”

“So we have four big problems and we don’t have a government that is interested in protecting our elections.”

Clinton’s claim comes from an August 2018 story about a Florida hacking competition, during which a 10-year-old boy hacked into a replica election system. The story was widely shared in the media as evidence of America’s vulnerability to hackers.

However, even Politifact rated the vote hacking claim “mostly false” after Hawaii Rep. Tulsi Gabbard repeated a similar claim over the summer.

“First, there wasn’t hacking into a replica of the election system — but rather a website made to look like Florida’s Secretary of State website that reports preliminary election results. In other words, not the system that receives and counts actual votes.

And second, what was hacked into was not even a replica — as in an exact copy of the website — because it did not contain the proprietary security features that the Secretary of State website has.

Indeed, the fact check also cited Florida’s National Association of Secretaries of State, who said in a statement, “While it is undeniable websites are vulnerable to hackers, election-night reporting websites are only used to publish preliminary, unofficial results for the public and the media. The sites are not connected to vote counting equipment and could never change actual election results.” 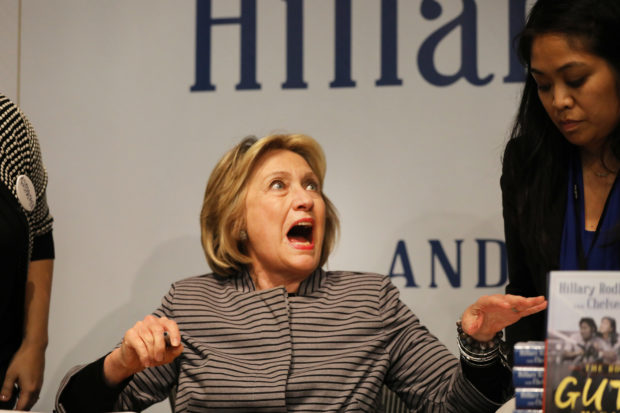 Clinton’s appearance on the podcast also made headlines for her apparent attack on Gabbard, who is currently running for the Democratic presidential nomination.

The failed 2016 candidate said that Gabbard was a “favorite of the Russians.”

“I think they’ve got their eye on somebody who is currently in the Democratic primary and are grooming her to be the third-party candidate,” the 71-year-old also said. (RELATED: Debunking Hillary Clinton’s 17 Intelligence Agencies Claim Once And For All)

Clinton and her media allies often blame Russia for President Donald Trump’s victory. This spring, Clinton said that the 2016 election was “stolen” from her.