The Liberals took 156 seats of the 338 in the Canadian House of Commons. With less than 50% of the seats in the House, Trudeau must reach out to the socialist New Democratic Party or the Quebec separatist Bloc Québécois to govern. In terms of the popular vote, the Conservatives outpolled the Liberals 34% to 33%.

The result is a something of a surprise given that the Conservatives were in the lead throughout most of the election that was called on Sept. 11. (RELATED: Trudeau Calls Election — As Police Say His Government Is Blocking Their Investigation Into SNC-Lavalin Scandal)

“To my fellow Canadians it has been the greatest honour of my life to serve you for these past four years and tonight you are sending us back to work for you,” Trudeau told supporters in Montreal.

“We take this responsibility seriously and we will work hard for you and your families … to those who did not vote for us know that we will work every single day for you, we will govern for everyone. Regardless of how you cast your ballot ours is a team that will fight for all Canadians.”

Trudeau was hit by a blackface scandal early in the election campaign that many thought would end his political career. Although he quickly apologized for the first picture, more pictures and videos soon emerged and Trudeau told reporters that he couldn’t remember if there were other images still unaccounted for. For the remainder of the campaign Trudeau focused on issues like gun control and climate change.

Late in the campaign, former President Barack Obama endorsed Trudeau — an unprecedented move by a former president. Trudeau would not say whether he or his campaign had solicited the endorsement from Obama. (RELATED: Trudeau Plans ‘To Ban Military-Style Assault Rifles’ — Critics Ask, Meaning What?)

The Conservative Party remains the Official Opposition and gained over 20 more seats in the House of Commons. Conservative Leader Andrew Scheer said he is ready for a rematch: “Mr. Trudeau, when your government falls, Conservatives will be ready and we will win,” he said. 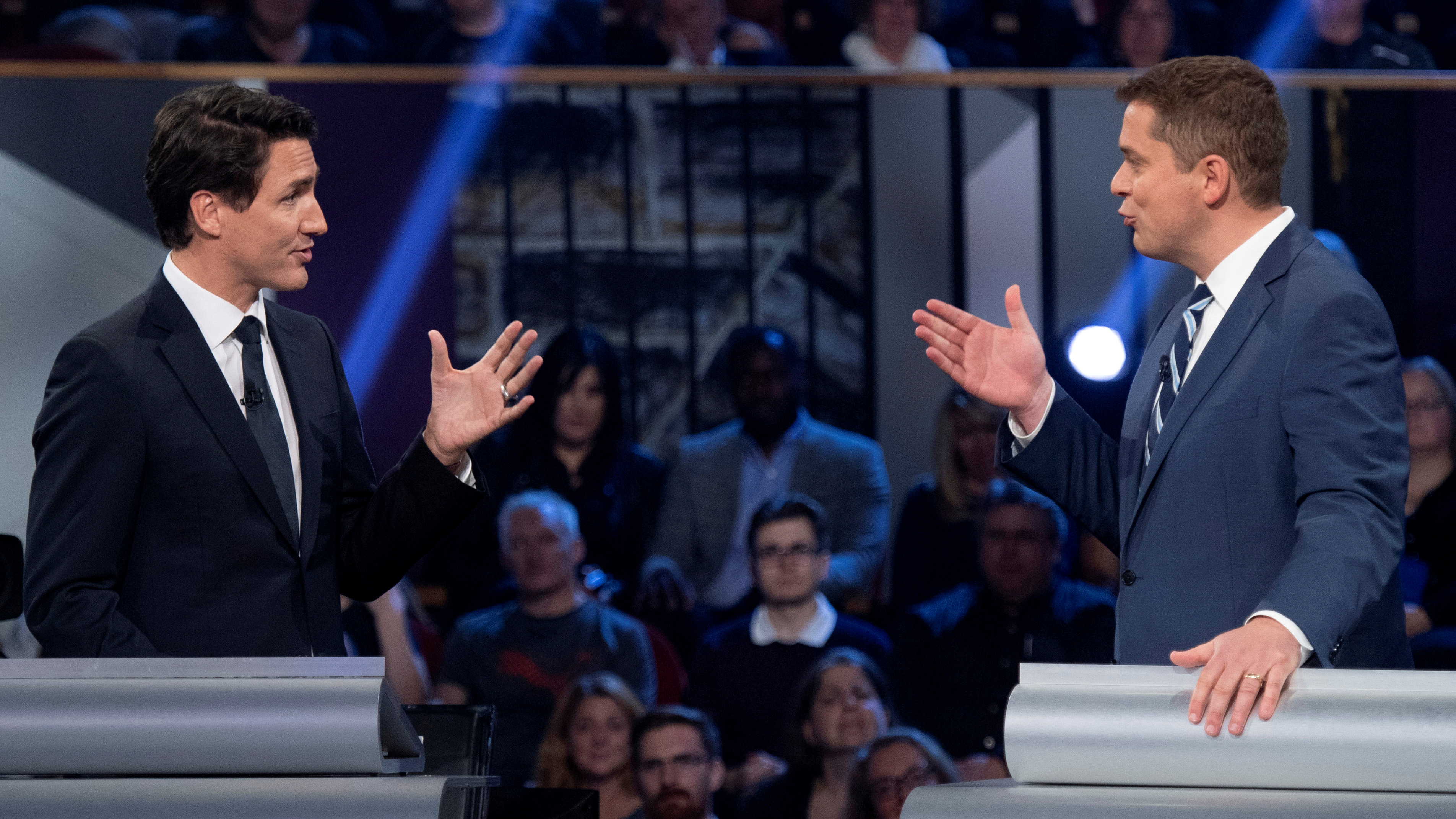 At the October 7 leader’s debate, Scheer focused on Trudeau’s apparent disconnect between his persona life and pubic persona.

“He’s very good at pretending things. He can’t even remember how many times he put blackface on because the fact of the matter is he’s always wearing a mask. He puts on a reconciliation mask and then fires the attorney general, the first one of Indigenous background. He puts on a feminist mask and then fires two strong female employees for not going along with his corruption,” Scheer said.