Elizabeth Warren’s push for fact-checking Facebook ads in response to the platform’s renewed hands-off approach to refereeing political speech is a wolf in sheep’s clothing. She’s right about the outsized role major tech platforms, especially Facebook, play in our modern political process, but she’s wrong to make it a purely partisan issue.

To be sure, Americans hoping for fair, honest, and meaningful elections don’t want a repeat of Facebook’s failure to prevent, identify, and stop disinformation we witnessed in the 2016 election, but the platform’s own policies are putting our democracy on an even more dangerous course.

Similarly, lawmakers and regulators have failed to outline or implement policy solutions to prevent the problem. This has provided an opening for political opportunists like Elizabeth Warren, who is generally correct in her assessment that Facebook’s strongman Mark Zuckerberg has outsized influence over most of the globe’s democratic process without any accountability. But Warren seizes on this legitimate issue for her own political gain at the expense of the broader conversation. (RELATED: Mark Zuckerberg Leans On Free Speech While Defending Facebook’s Ad Policies)

The convergence of two recent news stories involving Facebook has resulted in a campaign-ready moment for Elizabeth Warren as she cements her status as frontrunner in the Democrat primary. Unfortunately, rather than focusing on the serious concerns about Facebook’s lack of accountability and the threats of disinformation, Warren has turned this into an unwinnable political argument. 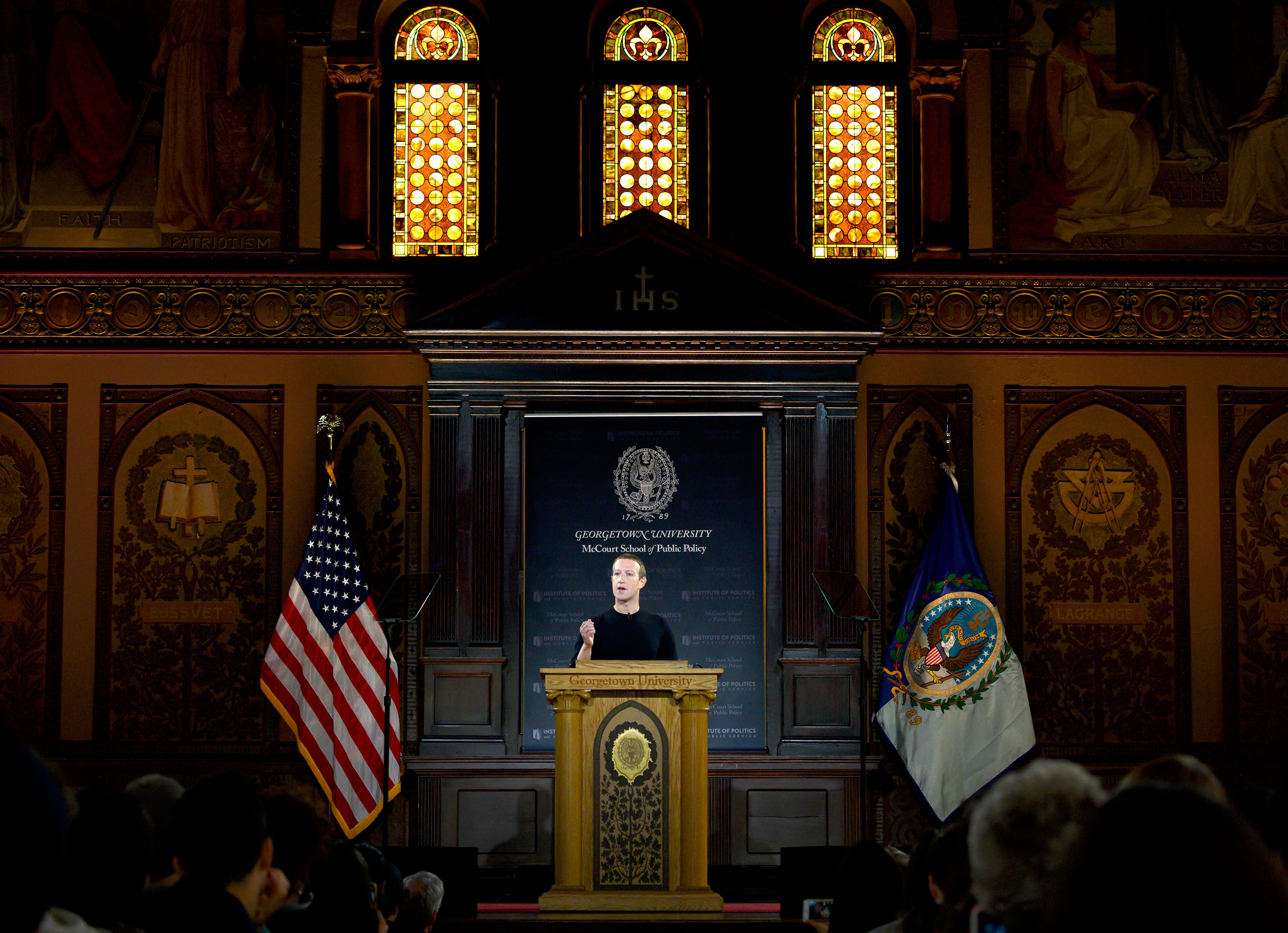 Nick Clegg, Vice President for Global Affairs and Communications at Facebook, recently announced during a speech in Washington that content posted on the platform by politicians will not be held to the same “community standards” as other users’ because of its “newsworthy” nature. The most serious effect of this policy is that disinformation, when posted by politicians, will remain on the platform and enjoy continued distribution.

Clegg further revealed that content posted by politicians is not being fact checked by the platform’s partners. The platform has also made exemptions for satire and opinion content. These are loopholes so big that the requirements seem meaningless.

“Useful idiots” are critical allies for foreign and domestic information operations and essential in spreading disinformation online. Facebook has made politicians riper targets to become vectors in these efforts without giving campaigns the tools they need to fight back. Malicious actors, who previously may have been thwarted by Facebook’s fact-checking efforts, now know that their best channels for disinformation are politicians.

Not fact checking and allowing disinformation, whether posted intentionally or not, by politicians is particularly harmful to online discourse because of a phenomenon known as the “implied truth effect.” Researchers found that when some social media content is labeled as being false, users incorrectly believe that posts without the label are true. Facebook users will be uncertain of whether or not content is false but exempted because it was posted by a politician, is satire or opinion.

Especially harmful in the case of not fact checking politicians is that most candidates receive blue check marks, which may make the “truth effect” explicit rather than simply implied.

Several other reports indicate the fight between Facebook and Elizabeth Warren is especially acrimonious. In leaked audio from internal Facebook meetings, CEO Mark Zuckerberg promised to “go to the mat” if Elizabeth Warren, who has vowed to break up the social media giant, is the Democratic nominee.

In response, the Warren campaign launched an ad on the platform containing deliberately false information – that Facebook has officially endorsed Donald Trump’s reelection. So far, the ad remains up and has been viewed between 330,000 and 750,000 times according to Facebook’s ad archive. 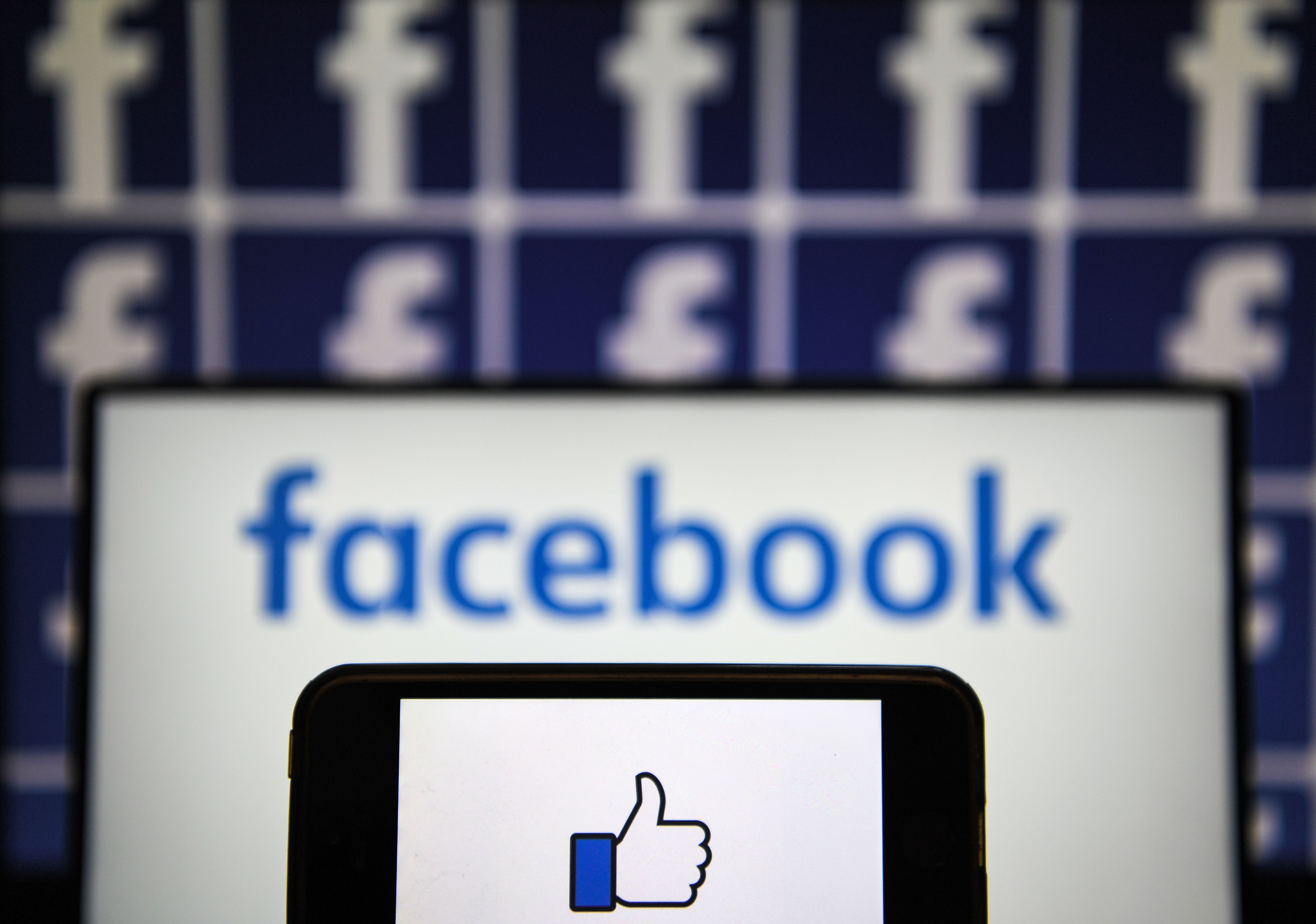 On Twitter, Warren correctly diagnosed the problem, “Once again, we’re seeing Facebook throw its hands up to battling misinformation in the political discourse, because when profit comes up against protecting democracy, Facebook chooses profit.”

But Warren incorrectly singles out the Trump campaign for its advertising, noting that CNN refused to air an ad that both Facebook and other broadcast TV stations have decided to run. Furthermore, Warren’s quarrel with the ad isn’t around anything about the facts it contains, but rather its polemic.

Warren got a taste of her own medicine and learned just how difficult it is to police the veracity of claims made by political candidates when Politifact, which is loathed by many on the right for its left-wing bias, rated her Facebook ad “mostly false.” (RELATED: Elizabeth Warren Is Using Her Own Fake Facebook Ad To Try To Take The Platform Down)

Nobody observing the last several years of Facebook’s flailing attempts to address this crisis could think that they should be trusted with the responsibility to referee our political discourse. Even their limited efforts at fact-checking have failed. But we especially don’t want political candidates, whether it’s Elizabeth Warren or Donald Trump, working the referees to get specific content removed.

The unasked question is why does Facebook’s algorithm continue to favor outrage and disinformation over civility and discourse? We cannot fault campaigns for posting the content and promoting the ads that their data show are performing most effectively on the platform. With 52% of U.S. adults getting news on Facebook, it would be folly for a candidate not to engage and play by Facebook’s rules.

Facebook needs to address legitimate issues with disinformation and foreign interference in our elections, but Warren does a disservice in this debate by reframing it as a partisan issue. If she had her way, Facebook would never run another ad by a Republican again. That’s just not reasonable.

Facebook’s mission, “to connect the world” is one we can all get behind and is a worthy goal, but the world they are connecting deserves greater transparency into the platform’s algorithm so we can better understand the mechanics of its outrage engine and take them to task for it.

If Facebook won’t take the necessary steps that come with the immense power it wields, efforts must be made to bring about new leadership or reduce its influence over our elections. Only removing Mark Zuckerberg and breaking up the company will achieve these goals.

Eric Wilson is a technology and democracy fellow at Harvard University’s Ash Center. Previously he led Marco Rubio’s digital operation during his 2016 run for president, and was digital director of Ed Gillespie’s campaign for governor of Virginia.