Gabbard faced backlash in recent weeks as establishment Democrats suggest she is a Russian asset who will run a third-party campaign and steal votes from the Democratic nominee.

But commentators made no mention of Russian assets when Johnson took significant amounts of voters in Colorado, Minnesota, New Hampshire, New Mexico, Nevada, and Maine during the 2016 presidential election. Clinton won each of these states, but Trump would have won had Johnson’s supporters voted Republican.

Johnson’s performance in the 2016 election earned him the title of “highest vote-getter” of any third-party candidate since the ’90s, according to the Washington Post, raking in the most votes in the Libertarian Party’s history at 4,489,235 votes. (RELATED: Tulsi Gabbard Responds To Hillary Clinton’s Russia Slight, Calls Her The ‘Queen Of Warmongers’) 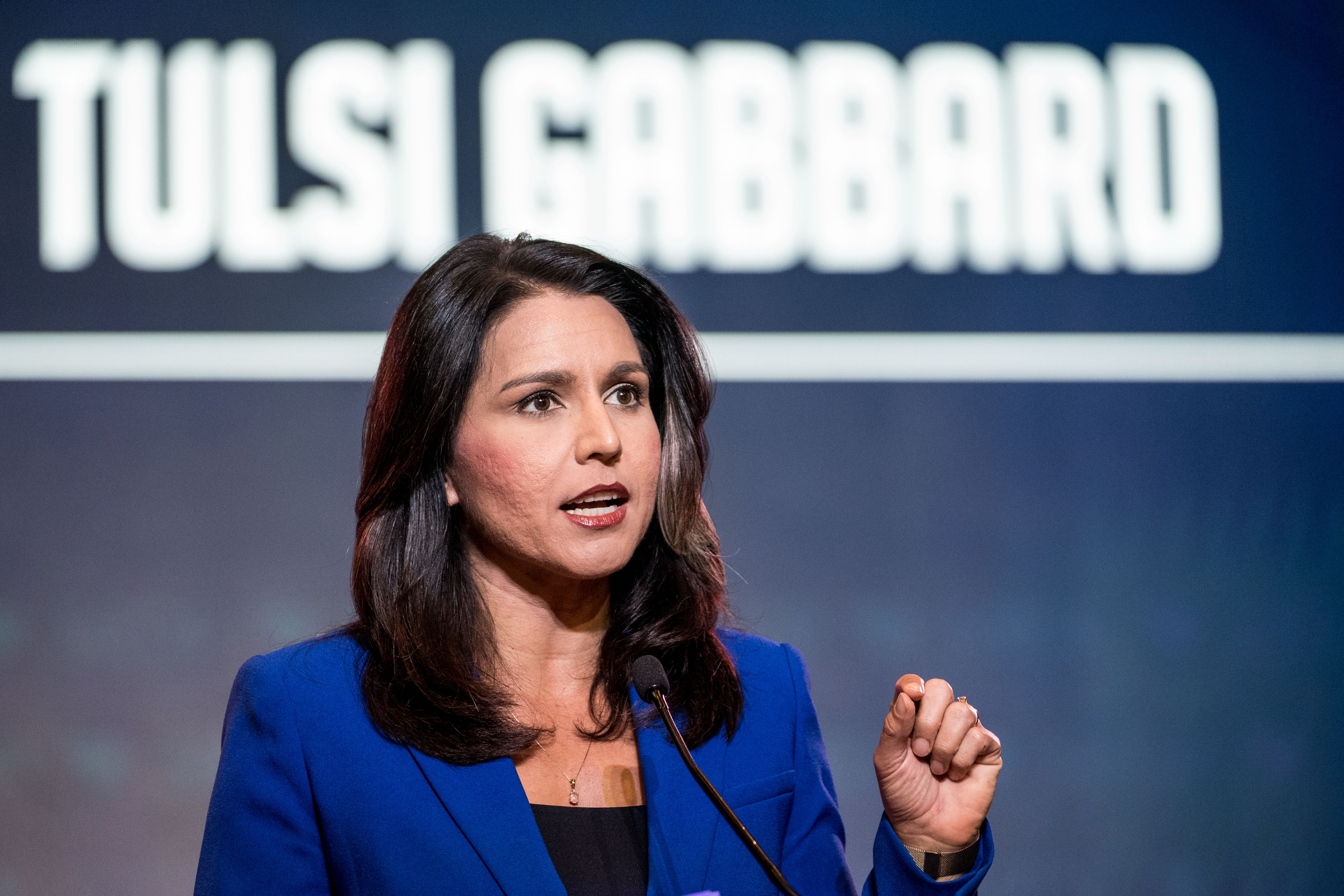 2016 Green Party presidential nominee Jill Stein has also been accused of stealing votes from Clinton during the 2016 election, carrying 1.3% of Minnesota votes, 1.4% of Colorado votes, 1.2% of New Mexico votes, 0.9% of New Hampshire votes, and 1.9% of Maine votes.

Clinton called Stein a “Russian asset,” but did not provide evidence to back up her assertion in an interview with CNN. She did not mention Johnson in that interview and did not respond to a request for comment from the Daily Caller News Foundation as to whether Johnson is a Russian asset.

The former first lady specifically targeted Gabbard in the same interview, saying, “I think they’ve got their eye on somebody who is currently in the Democratic primary and are grooming her to be the third-party candidate. She’s the favorite of the Russians.” (RELATED: The Clintons Coined The Phrase ‘Safe, Legal And Rare,’ But Abortion Activists Say This Is Stigmatizing)

The Hawaii representative responded to Clinton in an interview with Tucker Carlson Friday, saying that Clinton’s words rebuked “every veteran in this country, every service member, every American, anyone watching at home fighting for peace and who was calling for an end to these regime change wars.”

Gabbard served during the Iraq war in the Hawaii Army National Guard and has been vocal in her opposition of efforts to overthrow Syrian President Bashar al Assad. Gabbard also told Clinton in a tweet that Clinton is “the queen of the warmongers, embodiment of corruption, and personification of the rot that has sickened the Democratic Party.”

She endorsed Sanders for president in the 2016 election over Clinton – a move Gabbard says has caused the Clintons to put a target on her back.

Gabbard did not respond to a request for comment from the DCNF at the time of publication.