Amazon CEO Jeff Bezos stopped by The Washington Post’s newsroom Wednesday to personally deliver a bike to the paper’s top editor for his birthday.

Post employees tweeted pictures of Bezos gifting the bike to executive editor Martin Baron in front of the entire newsroom. Bezos has owned the Post since purchasing the paper for $250 million in 2013.

“Celebrating the 65th birthday of the big boss “@PostBaron with a special Amazon delivery of his gift from Jeff Bezos,” wrote Post reporter David Betancourt, adding a picture of the Baron and Bezos.

“Amazon special delivery: Jeff Bezos delivers a bike to “@MartinBaron in The Post newsroom for Marty’s 65th birthday ,” tweeted Tom Jackman, a blogger at the Post. Jackman’s tweet included a picture of Bezos speaking into a microphone before the newsroom. 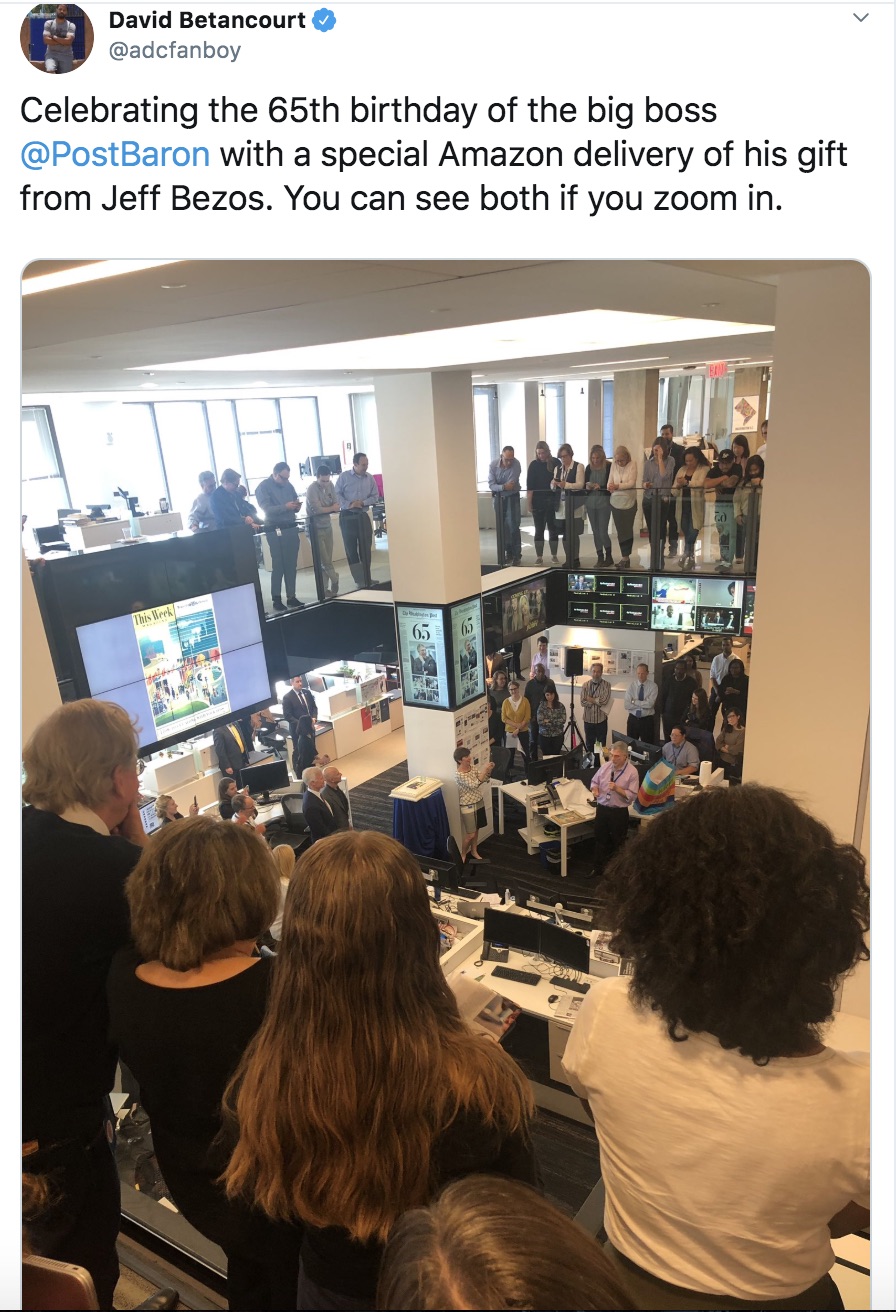 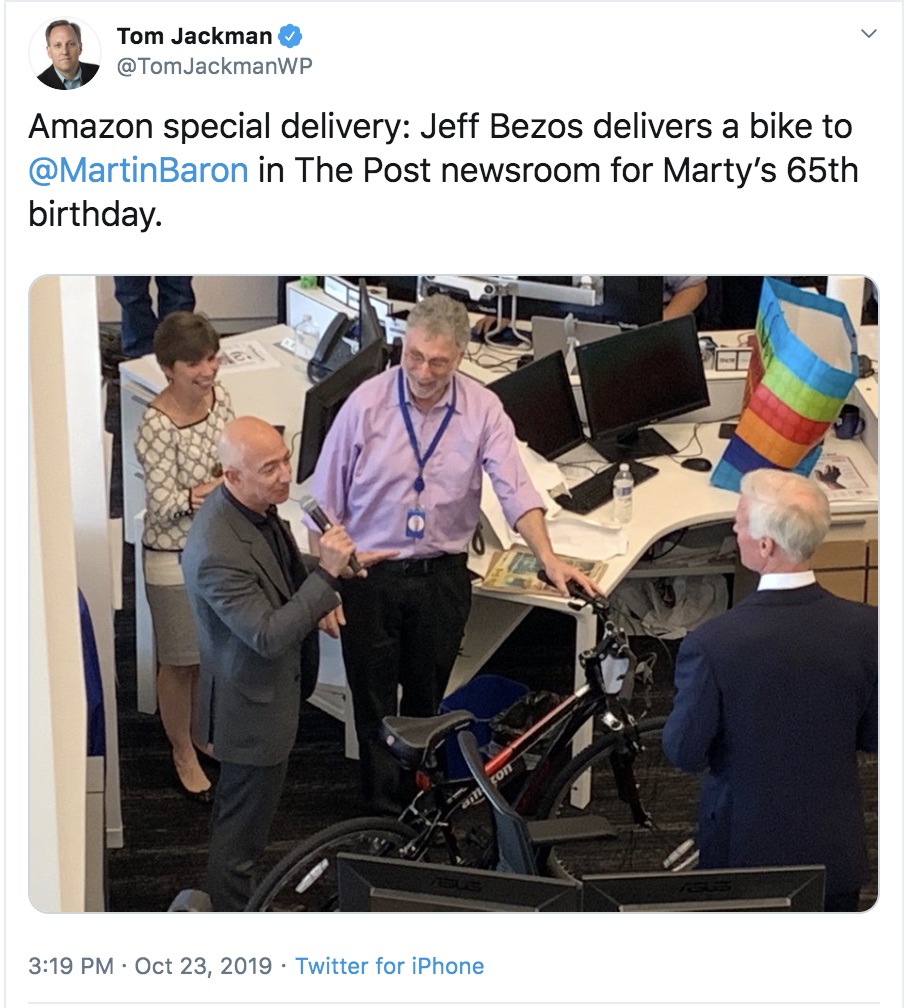 President Donald Trump and Democratic presidential candidate Sen. Bernie Sanders of Vermont have both blamed Bezos for the paper’s coverage of them. The president dubbed the paper “The Amazon Washington Post” and accused the Post of being a “lobbyist for Amazon.”

Sanders said in August that he often talks about Amazon’s tax rate “and then I wonder why The Washington Post, which is owned by Jeff Bezos, who owns Amazon, doesn’t write particularly good articles about me. I don’t know why, but I guess maybe there’s a connection.”