Thirty-nine dead bodies were found in a truck east of London on Wednesday morning and the driver, a 25-year-old man, has been arrested as a murder suspect, according to police.

The truck is from Bulgaria and police said it entered England at a port in Northern Wales on Saturday, The New York Times reported. Police arrived on the scene a little before 1:40 a.m. by the local ambulance service in Essex, but it is unknown who called the ambulance, Pippa Mills, the deputy chief constable of Essex Police, said.

“This is an absolute tragedy and very sad day for Essex Police and the local community,” Mills said, adding that the truck was a “complex scene.” Police are in the “early stages of what is likely to be a lengthy investigation” and information from the public would help, she added.

Investigators believe all the victims except for one, a teenager, were adults, and police said determining who all the victims are will take time. The driver is from Northern Ireland, and police do not yet know what specific route he took to enter the country, the NYT reported. 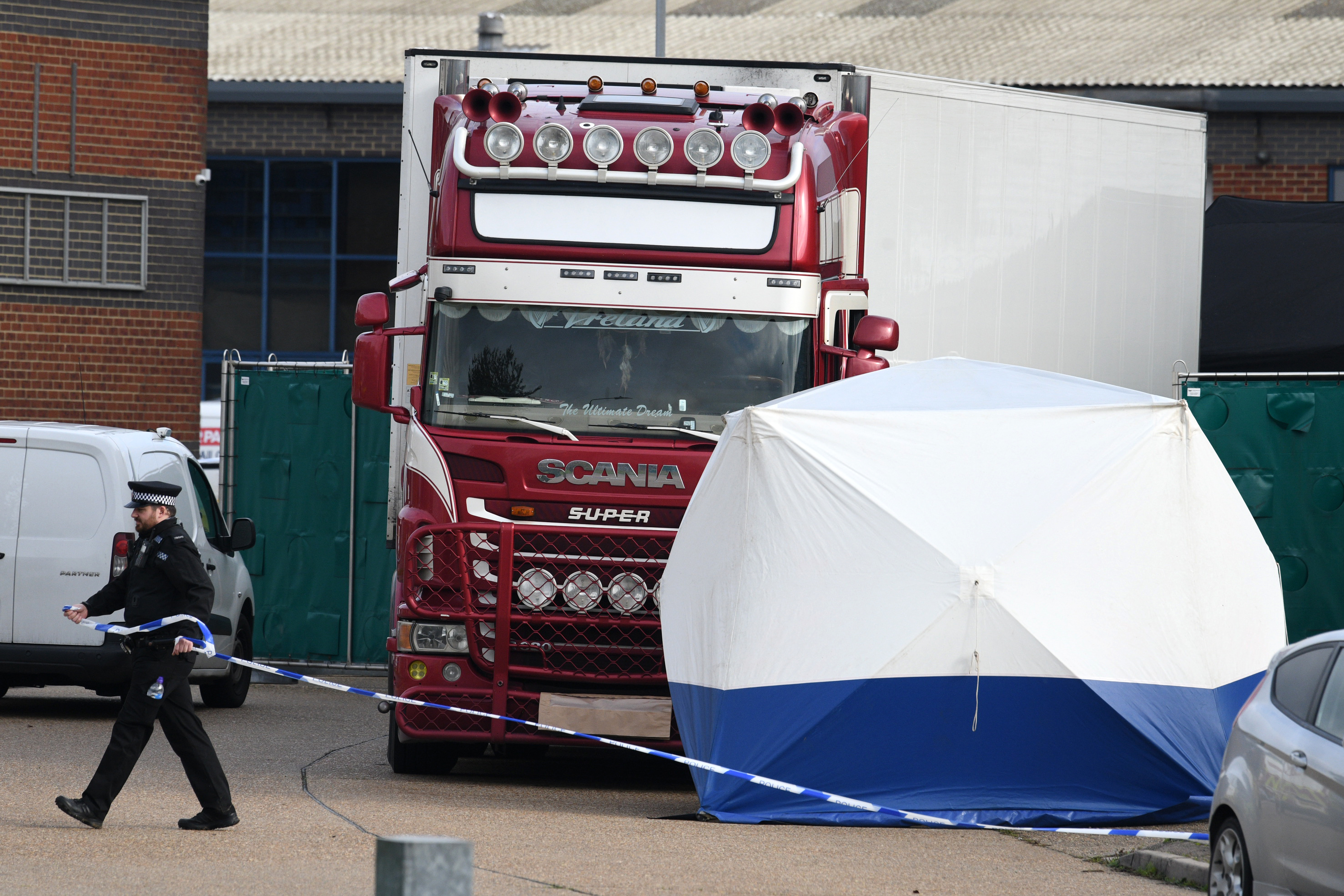 Police stand guard at the site where 39 bodies were discovered in the back of a lorry on October 23, 2019 in Thurrock, England. (Leon Neal/Getty Images)

“This is a tragic incident where a large number of people have lost their lives,” Chief Superintendent Andrew Mariner of the Essex Police said. “Our enquiries are ongoing to establish what has happened.”

One possibility is that this was a human-smuggling situation gone wrong, early signs suggest, according to the NYT. If this were the case, however, the route the truck likely took to smuggle people into Britain would be strange. Ireland’s national police said its agency would “provide every assistance possible,” according to a spokesperson. (RELATED: Texas Officials Say Human Smuggling Deaths Show Need For Anti-Sanctuary Law)

“If the lorry came from Bulgaria, getting into Britain via Holyhead is an unorthodox route,” Seamus Leheny, Northern Ireland policy manager for the Freight Transport Association, said.

British Prime Minister Boris Johnson tweeted Wednesday that he is “appalled” by the “tragic incident” and will be working with Essex Police to determine what happened. The Bulgarian Ministry of Foreign Affairs is also working with British authorities, a spokesperson said, according to the NYT.